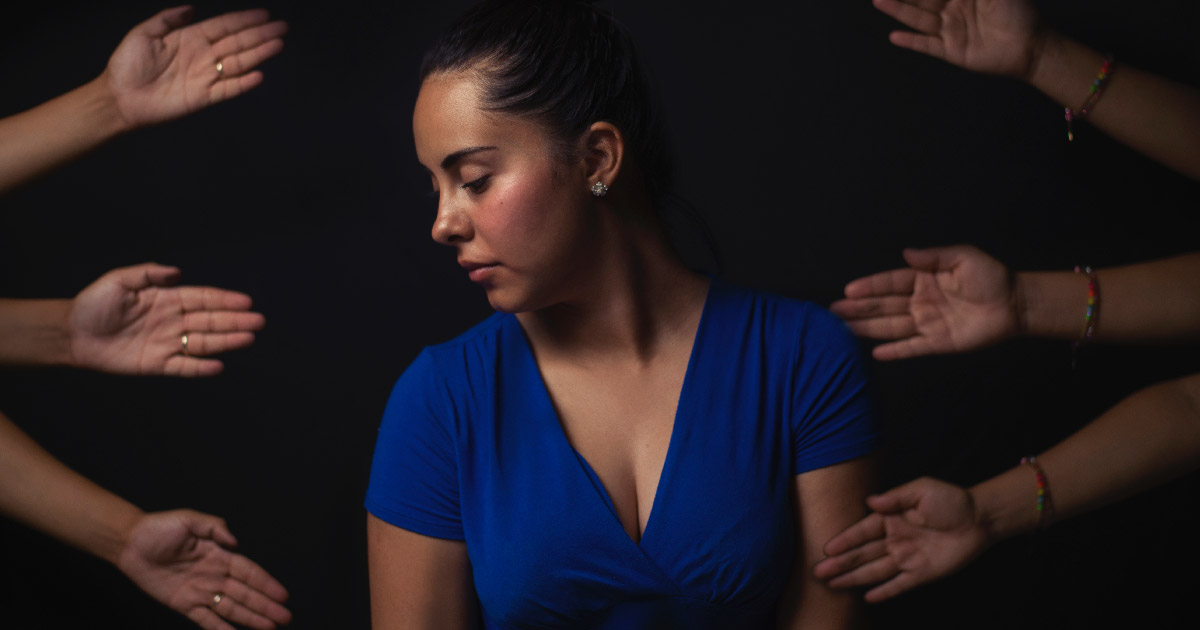 In 2017, Jorge Gonzalez*, a 32-year-old warehouse worker from Central Texas, approached Leslie Diaz, LMSW, Health Network Associate at the Ventanilla de Salud. Diaz was providing information and sign-ups at a health fair at the Ventanilla, a program of the Mexican government designed to give Mexicans and other Latinos in the United States greater access to health information and needed health services.  He asked her if she knew of any mental health resources.

“He had done lots of navigation himself, and his English was quite good, but he wasn’t happy because the providers he was able to access had emphasized medications -- he said he saw an overuse of medications -- and the side effects were making him feel like he was spinning his wheels,” Diaz recalled.  As Gonzalez was visiting for several weeks from out of the area, Diaz signed him up with Health Network, Migrant Clinicians Network’s bridge case management program, to assist him in finding ongoing mental health care while he was in Austin, and then in his hometown when he returned.

He had felt that he was healthy, until he got into a car accident, six months earlier. “The accident triggered a lot of emotions that he thought he had already worked through,” Diaz said, including the trauma of his migration from Mexico, years before, and violence in his birth town, where he witnessed a friend’s death.  After the accident, he began to suffer from back pain, which affected his ability to work. He was now negotiating legal proceedings around the car accident, which was generating significant stress in Gonzalez’s daily life. He suffered from depression.

“He’s a bit of an anomaly, because he had the resources to be able to find a mental health professional on his own,” Diaz noted.  Because of his inability to work, he had qualified for a medical assistance program that covered some specialty care. Over the next few weeks, while in Austin, Gonzalez returned to the Consulate offices seeking to meet with the psychologist while she provided occasional office hours at the Ventanilla, but each time, the psychologist was unavailable. Diaz, as a licensed social worker, provided motivational listening during these drop-ins. “I explained to him that we weren’t treating him, just giving him active listening as social workers are trained to do, until we were able to connect him with a psychologist here.”  An early attempt at a telemedicine appointment was unsuccessful, as Gonzalez felt uncomfortable with the set-up.  It took several weeks until he finally managed to connect with the psychologist in person. This case emphasizes that Health Network’s bridge case management is comprehensive: Health Network Associates do not just provide records transfer and appointment services but work to address the full health needs of the patient, connecting regularly with the patient as he or she navigates the health system and incorporates the prescribed health plan into his or her migratory lifestyle.

After he returned home, Gonzalez requested that Diaz keep the case open until he had his depression under control. She agreed to contact his primary care provider to determine if a therapeutic course could be started, in addition to the medication he had already received from his primary care provider. The case continues to be open, with Diaz contacting him to review his progress over regular intervals.

The material presented in this portion of Streamline is supported by the Health Resources and Services Administration (HRSA) of the U.S. Department of Health and Human Services (HHS) under cooperative agreement number U30CS09742, Technical Assistance to Community and Migrant Health Centers and Homeless for $1,094,709.00 with 0% of the total NCA project financed with non-federal sources. This information or content and conclusions are those of the author and should not be construed as the official position or policy of, nor should any endorsements be inferred by HRSA, HHS or the U.S. Government. 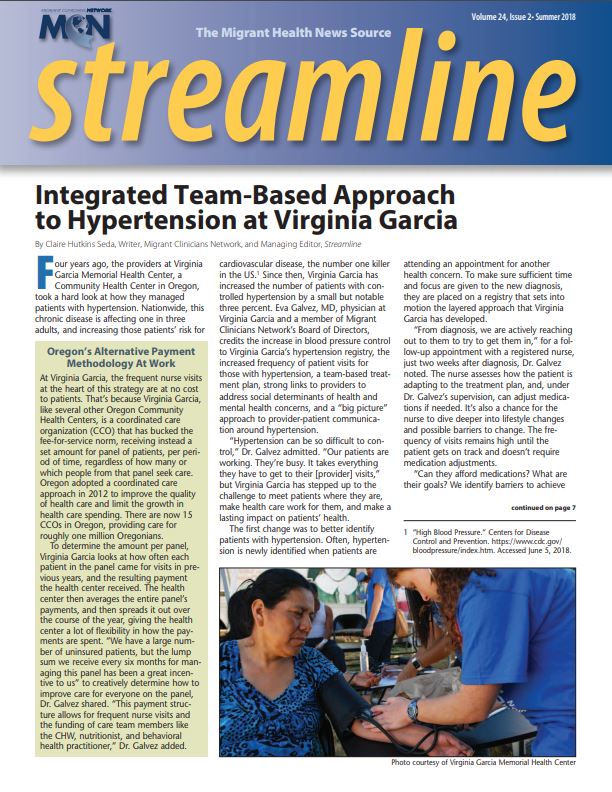 Read this article in the Summer 2018 issue of Streamline here!