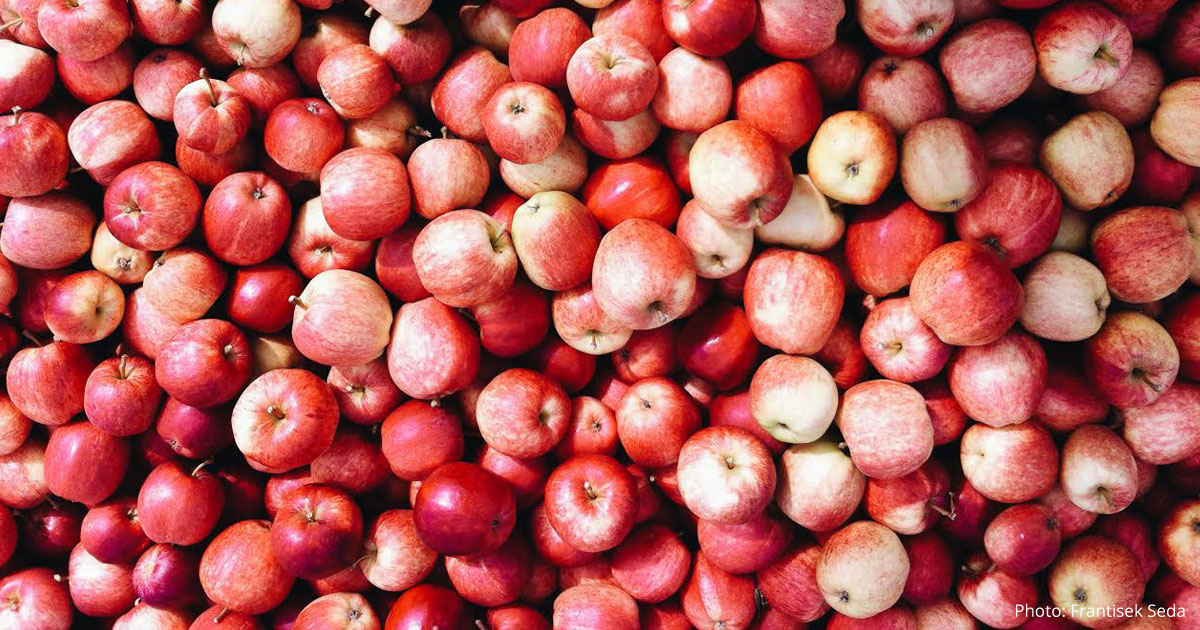 Change happens quickly -- or perhaps it just waits for its opportunity to pounce. In February, when Frantisek Seda and Tomas Martinek left the United Kingdom to return to their hometown in the Czech Republic after five years of working on UK farms, Brexit was not a Google-searchable term. Although long-running negative sentiments toward immigrants were present during their travels in Scotland, England, and Wales, neither felt it was simmering to the boiling point. Just four months after their departure, however, fears about immigration was a primary driver in the surprising success of Brexit, in which the UK voted to withdraw from the European Union. The UK’s Conservative-led coalition, which since it gained power in 2010 had promised to reduce immigration by two-thirds, found Brexit to be the tool by which to achieve its immigration goals.

“They just want to have strict rules for who can come in, and who can leave,” 26-year-old Martinek explained, in a lilting British accent, which he picked up while working jobs like pruning apple trees, picking crates of strawberries, and assembling “handmade” sandwiches in an industrial bakery. His best friend and coworker for many of the jobs, 24-year-old Seda, added, “But it’s the same as Latinos in the US. If you stop them from coming -- who would pick your food? Who would be your gardeners? But [the British] want control. If there’s a problem with someone, they want to be able to say ‘bye.’”

A study released last month from the Resolution Foundation think tank confirms Seda’s speculations on the real-world implications of restricting low-wage migrant labor, with stark conclusions on its impact on the businesses that rely on it: “Given the fact that migrants in these sectors earn a lot less than average native wages, it is unlikely that these sectors will be able to substitute migrant for native labour without rethinking their business models.” The report recommends labor-saving technology to replace migrant labor.

The report studied the impact of migration on wages and labor in the UK since 2004. The authors determined that, post-Brexit, the wages of Britons competing with migrants for manual labor jobs like farmwork and janitorial services will grow between 0.2 and 0.6 percent over the next two years. Other sectors who are noncompeting will not see wage increases. But that mild increase in wages for the lowest-paid workers has already been negated by overall economic downturn and higher rates of inflation, the report says. 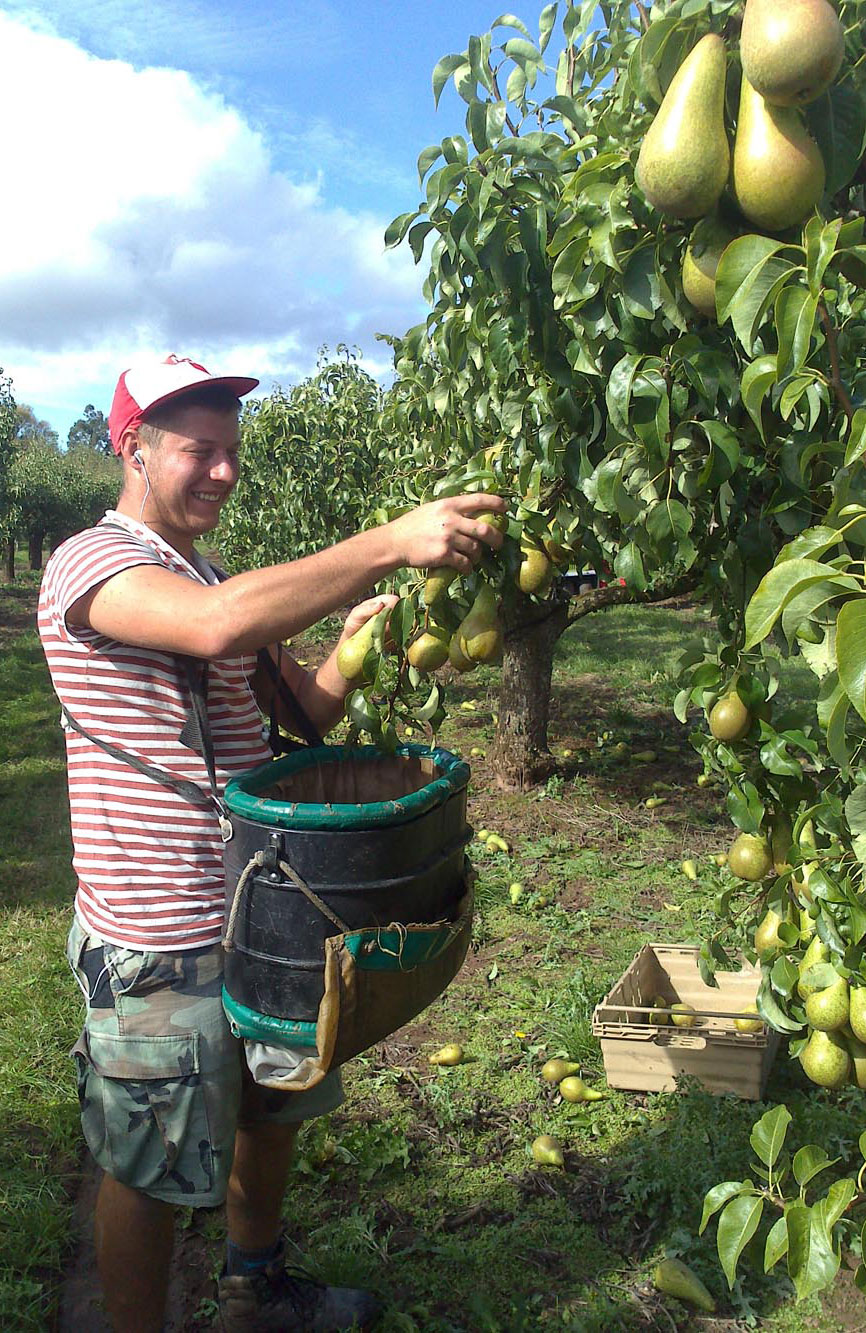 The experiences of the two young migrant farmworkers mirror the reality of farmworkers on this side of the pond. Recruiters and internet sites in Central European languages help migrants get to the farms in the British countryside. At a raspberry farm, Martinek recalls lines of trailers housing the 300 employees from all over Central and Eastern Europe, many of whom have been on the migrant circuit for a long time, as evidenced by their speed in piece work. “After a whole day, I picked seven crates -- but when I asked the other guys, they had picked 35 to 40,” Martinek said with a laugh. He was hired and overseen by a subcontractor, and he and his crates were identified by a number code. At another large farm, the two got instruction on how to hide bad strawberries beneath the prettier ones, when packing strawberry baskets for sale. The berries were heavily sprayed -- by hand, by overhead spraying, and by tractor. Martinek believes they were spraying some sort of probiotic, perhaps fertilizers. “I’m not sure what they were using, but I saw the trucks. [They] had signs that said it was some sort of poison,” Seda noted. They received basic first aid training and very minimal other training. “There was a how-to video,” Seda recalled, explaining first aid and basic farm hygiene. “If you cut yourself, you had to use blue bandaids,” he said, so workers could potentially see it in the sea of red berries, should one come off.

Now, UK farmworker experiences parallel workers in US in another way: the uncertainty of the road ahead. Brexit’s anti-immigrant underpinning at times seems akin to presidential nominee Donald Trump’s own controversial statements on immigrants, which has prompted protests at Trump rallies around the country.

Neither enjoyed the large farms. Without families at home to support, they had the luxury to leave and find other work. They soon heard of a small apple farm that other Czechs had recommended. Many of the workers were young and Czech. “We were really glad to find the small farm,” Seda said. “We had a barbecue, there was a strong community. A local rotary club helped out the workers if they needed anything.” The pair got to know the owners of the orchard and they spent time with his family. “He told us how much he was earning -- nothing was hidden,” Seda said.

Eventually, however, they wished to return home. “It was good money, but the life was boring,” Seda explained. “When we left, nobody was talking about Brexit,” Martinek said. Under the proposed post-Brexit immigration restrictions, few of their former co-workers would be permitted to remain in the UK. Many were European Union citizens who were able to travel freely to the UK under EU travel rules. Should the UK exit the EU, those workers will no longer have the right to stay in the UK. Back in the Czech Republic, Martinek and Seda have built up a handyman business in their hometown in Eastern Bohemia. Neither would speculate exactly what might happen to their former coworkers, who still relied on the work they had on the farms, back in the UK.

“They cannot break away,” Seda reasoned, shaking his head. “They belong to the EU.”

Author Claire Hutkins Seda writes for Migrant Clinicians Network, a nonprofit that creates solutions at the intersection of poverty, migration, and health.