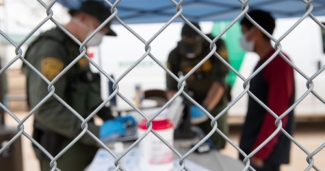 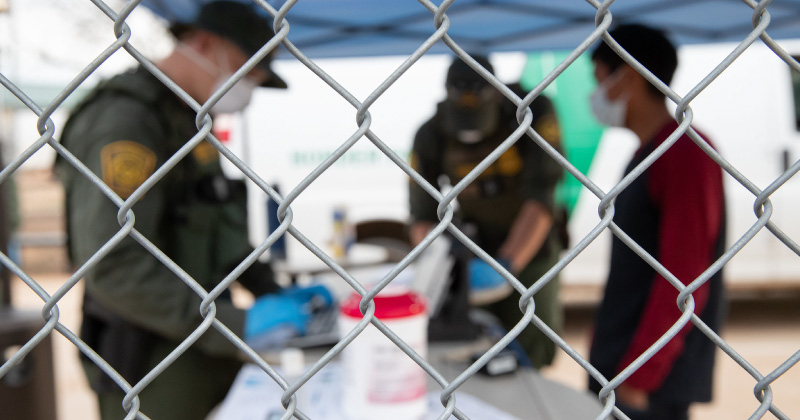 [Editor’s note: At the end of 2020, MCN intern Jenieve Chapa interviewed some of the key figures in Migrant Clinicians Network’s Medical Review for Immigrants (MRI) program. Learn more about MRI here. Help these lawyers and clinicians connect immigrants to health care when they urgently need it, by supporting MRI through a donation to MCN here.]

On multiple visits to the Port Isabel Detention Center, where the US Immigration and Customs Enforcement (ICE) detains asylum seekers and other immigrants, human rights attorney Jennifer Harbury has found that asylum seekers with serious medical conditions were denied release to their family members in the United States. The release of these individuals to their families would allow them to gain access to appropriate care and to their support system. Instead, they were detained in facilities that could not meet their medical needs. She recalled one client named Mariana,* who was involved in car accident that left her with significant injuries that required emergency surgery: “Food was totally inadequate for her, and when her surgical wound reopened, it became infected right away, and she was just given low dosages of antibiotics in pill form,” Harbury said. According to Marsha Griffin, MD, Harbury’s colleague and collaborator in Migrant Clinicians Network’s Medical Review for Immigrants (MRI), even a first-year medical student would have known to use intravenous antibiotics on this type of infected surgical wound.

Such reports illustrate how vulnerable individuals inside these centers suffer from serious health issues that are unmet by the health care provided by ICE. Dr. Griffin strongly supports Harbury’s claims: “For the majority, the detention facilities that are housing immigrants are [extremely] poor.” She noted that even the least severe medical concerns have been exacerbated by the consistent neglect and lack of urgency within these facilities.

Several years ago, Harbury and Dr. Griffin partnered with Migrant Clinicians Network in an attempt to help people in detention like Mariana. Medical Review for Immigrants (MRI), the MCN program launched in 2018, overcomes health injustices experienced by many immigrants within ICE facilities by connecting pro-bono attorneys at the border with MCN’s nationwide network of physicians to push for the release of immigrants in ICE custody who have unmet but urgent health needs. After their release, MRI takes it a step further, connecting the newly released immigrant with the urgent medical care they need, through MCN’s Health Network, our virtual case management program.

MRI is growing due to the large percentage of individuals within ICE facilities who need access to more quality health care. It has become the responsibility of partners within MRI to advocate on these migrants’ behalf. Harbury, who has been a practicing lawyer for many years in the Rio Grande Valley and has visited Port Isabel Detention Center many times, has advocated for the release of many immigrants via a process called humanitarian parole, in which a physician outside of the detention system – indeed, who can be located anywhere in the country – who is trained via MRI can review the client’s medical records and write a letter of declaration describing the urgency of the situation, in the physician’s medical opinion.  Harbury explains the urgent need for more physicians to join the MRI team: “We lawyers, if we need to get somebody out to get better medical care, it’s almost impossible going through the courts without any kind of medical backup [or] expert backup.” Ultimately, many lawyers will continue to have barriers to success in these cases without the help of medical experts, and that is when the MRI program steps in.

Dr. Griffin, who has written letters of declaration herself, says MCN’s work to bridge physicians and attorneys makes MRI possible. “MCN is crucial,” Dr. Griffin said. “They are the change makers; they’re always ready to figure out they can play to better people’s lives.”

Dr. Griffin claims that as a physician or attorney working with the MRI program, you become invested in the people and cases, and the work being done for these often-overlooked populations through MRI is extremely rewarding.

It is apparent that MRI’s mission is to form the necessary alliances between clinicians and attorneys and work towards one purpose—advocating for the release of individuals within ICE facilities who are not receiving proper health care. Laszlo Madaras, MD, MCN’s Chief Medical Officer has worked closely with MRI since its founding, and has personally reviewed ICE medical records and written several letters of declaration. He noted that access to basic medical care “should be a human right for everybody,” and MRI has consistently worked toward that cause.

Despite the frequent and alarming incidents of neglect toward immigrants’ urgent health needs, MRI leaders recognize that there are many good people working in the detention centers whose intentions are to provide the best quality of care to their patients.

Through MRI, “we try to form alliances with people who have that kind of sensitivity… and form these indirect bridges with them,” to improve care, Dr. Madaras said.  Since its inception, MRI has worked hard to improve the health of immigrants in detention. MRI’s team will continue to advocate for the release of detained immigrants who are denied the access to proper treatment – but MRI seeks to improve the system, as well. In the coming years, MRI’s network of attorneys and physicians hope to be the stepping stones for the improvement of detention conditions, with the aim to help define medical standards in ICE detention facilities.

*Names of detainees have been changed to protect their identity.