Antibiotics in Orange Groves: Resistance for the Masses, Unknown Health Consequences for the Farmworkers

Antibiotics in Orange Groves: Resistance for the Masses, Unknown Health Consequences for the Farmworkers 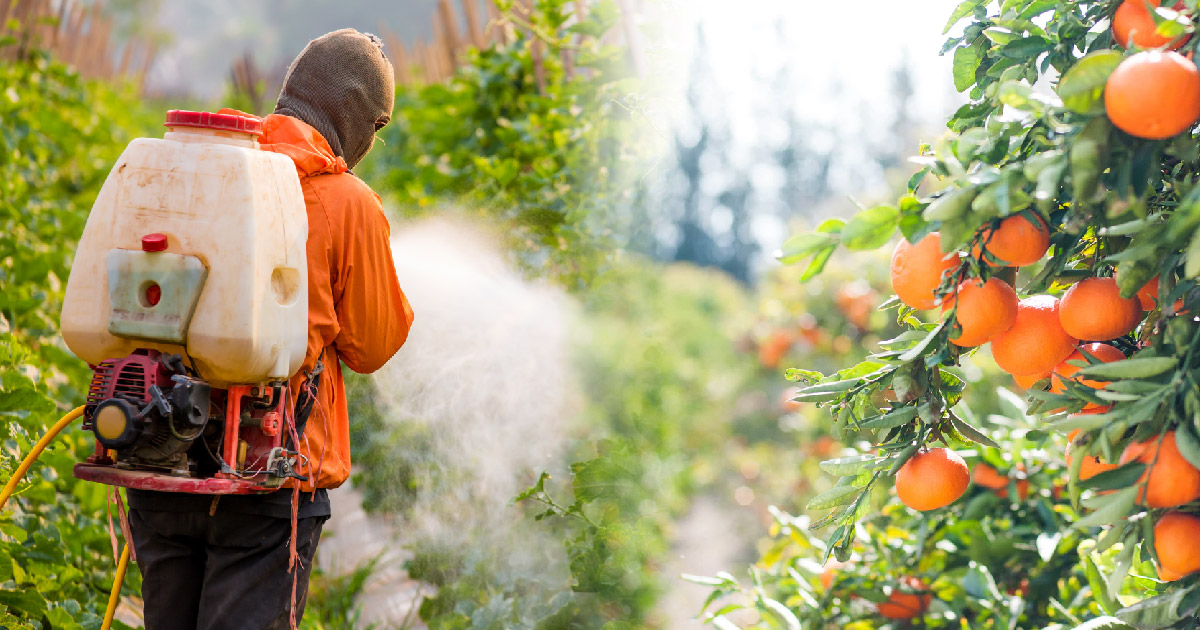 In May, the New York Times ran an article on the recent and significant increase in the use of antibiotics on orange groves in Florida to combat citrus greening disease, a bacterial infection that is decimating citrus crops across Florida and threatening California’s. The Environmental Protection Agency is expanding the permitted use of streptomycin and oxytetracycline despite “strenuous objections” from the Food and Drug Administration and the Centers for Disease Control and Prevention, “which warn that the heavy use of antimicrobial drugs in agriculture could spur germs to mutate so they become resistant to the drugs, threatening the lives of millions of people,” the article stated. In addition to grave concerns around antibiotic resistance as a result of the practice, questions remain as to the impact on farmworkers and rural residents who may be exposed to the antibiotics.

“We know what happens when you swallow streptomycin as a pill, but not what happens when it lands on your skin and remains there for hours, with recurrent exposures,” said Laszlo Madaras, MD, MPH, Chief Medical Officer for Migrant Clinicians Network. “Since we do not have good data, essentially farmworkers would be used as an experiment in the short- and long-term health consequences of such antibiotic use. As clinicians, we are concerned about the implications not just for public health overall, but for farmworkers’ safety, as they are our patients.”

In March, Earthjustice filed a comment with the Environmental Protection Agency against the expansion of the use of antibiotics in the fields, on behalf of Migrant Clinicians Network, Farmworker Association of Florida, Farmworker Justice, and Environmental Confederation of Southwest Florida. The comment alleges that the EPA’s Streptomycin Human Health Risk Assessment is inadequate, and calls on the agency to deny the registration application.

“MCN is concerned about using antibiotics as pesticides and is particularly alarmed that the EPA is not taking a precautionary approach given that farmworkers are likely to be overexposed,” said Amy Liebman, MPA, MA, Director of Environmental and Occupational Health at MCN.

Streptomycin, the first effective antibiotic used against Tuberculosis after its discovery in the 1940s until TB developed resistance to it, was the first antibiotic after penicillin and is still widely used in medicine today, often in combination with other antibiotics. The second antibiotic now in use in citrus groves, oxytetracycline, is another early broad-spectrum antibiotic still prescribed across the country for a wide range of concerns including rosacea. Antibiotic use in livestock, another controversial practice, has in recent years been limited after public outcry. The practice of giving livestock antibiotics to promote growth was banned in 2017 in recognition of its impact on antimicrobial resistance and the development of ‘superbugs’. An April 2019 report from the United Nations Interagency Coordination Group on Antimicrobial Resistance states that, by 2050, antibiotic resistance could result in 10 million deaths per year if no action is taken. The report also calls out the “misuse and overuse of existing antimicrobials in humans, animals, and plants” for accelerating resistance.

“As the industry shifts with the research and development of newer pesticides to respond to the development of resistance, changes in chemical applications are always occurring -- and clinicians need to keep up to date on new developments because it has implications for our patients,” said Dr. Madaras. “Stronger pesticides increase the risk of stronger side effects including the development of multidrug resistant microbes, which could become a public health threat.”

Keep up to date on the health needs of agricultural workers by subscribing to MCN’s blog.