Community Mobilization as a Model for Preparedness with Equity

Community Mobilization as a Model for Preparedness with Equity 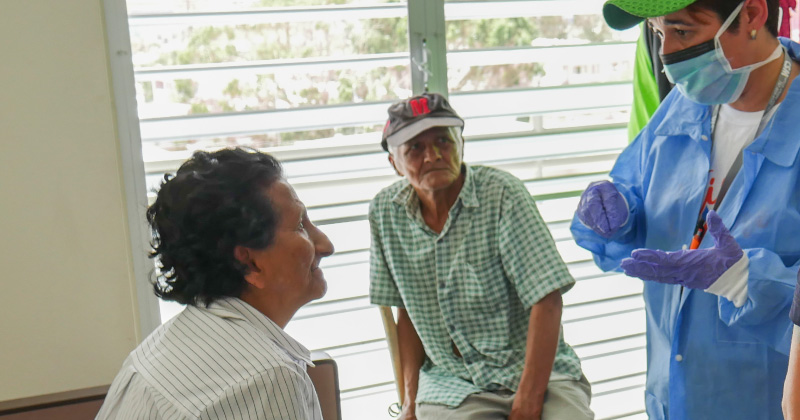 For years, climate experts have warned of the implications of the climate crisis and how it will affect seasonal weather events across the globe. We have seen evidence of this since the first IPCC report in 1992, and now we are living through it. Reports warned that extreme weather events would be more common, including more intense hurricanes, heat waves, forest fires, floods, and droughts. Hurricanes Irma, María, Michael, and Dorian destroyed communities in the Bahamas, Florida, and Puerto Rico, during the 2017, 2018 and 2019 hurricane seasons. In 2018, California faced the “deadliest and most destructive wildfire season on record”, with a total of 8,527 fires, according to the California Department of Forestry and Fire Protection (CalFire) and the National Interagency Fire Center (NIFC). The Camp Fire alone damaged over 18,000 structures and killed 84 individuals. In addition to extreme weather patterns, evidence shows the dangerous implications of environmental changes such as deforestation, urban growth, rising ocean temperatures, and the spread of infectious diseases, which could multiply the impact of the COVID-19 pandemic we are currently experiencing. Regardless of which disaster one faces, it is crucial to note that the effects of the event are not universal, as historically marginalized populations experience the highest levels of impact and mortality. In this way, governmental leadership that does not consider these differences could turn a natural disaster into a humanitarian disaster. The impact of such disasters on vulnerable populations is evident in the reports of the events in Puerto Rico (2017, 2019-2020) and California (2018).

In Puerto Rico, the impact of Hurricane Maria exposed a number of systemic inequities, the implications of which are still evident three years later. This event highlighted income inequality, lack of access to health care services and chronic disease treatment, poor access to safe housing, and food insecurity. The storm and its ramifications most strongly affected the 22 municipalities that were directly hit, 18 of which have poverty rates above the Puerto Rico average (equivalent to $19,775 per year for a family of four) and 12 of which report over 50 percent of its inhabitants living below the federal poverty rate (equivalent to $26,200 for a family of four). In addition to the direct impact of the hurricane, it is shown that the emergency response differed in rural and/or low-income communities. The emergency response teams’ poor coordination affected victims’ recovery and ability to receive assistance. These factors in conjunction with high rates of chronic diseases such as asthma, diabetes, and hypertension escalated the situation from a natural disaster to a humanitarian disaster. The absence of basic resources, lack of knowledge of communities’ needs and obstacles, and the working language and culture of the government were all key in the emergency response, or lack thereof, at the state and federal level. However, with this disaster brought the establishment of local networks, frequently led by community health centers that directed their efforts to the response and protection of vulnerable communities. The roots of these newly formed networks were strengthened in the earthquakes experienced in the southeast in 2019 and 2020, and again with COVID-19.

The disparity of the impact, response, and recovery at the community level is not a new phenomenon in the United States.1,2 A few striking examples include Hurricane Katrina in 2015 and, more recently, the Camp Fire in Northern California in 2018, which burned down Paradise, a small city with a large population of elderly, disabled, and poor residents -- many struggling with a combination of the three. These individuals were more likely both to be affected by the fire and to have sustained negative impacts of the fire, even almost two years later. The recovery process has not been the same for these individuals, as the economic impacts of the fire forced many of them to permanently migrate to other cities or states, instead of returning and rebuilding.3,4

The events mentioned above are examples of various emergencies and disasters that we have faced in the past few years, each one showing a common thread of disparity within our most marginalized and vulnerable communities. This year, as we enter both hurricane season and wildfire season, we once again face discouraging forecasts. On one hand, the National Hurricane Center predicts that this season has a 60 percent chance of an above-normal season, with 13 to 19 storms, six to 10 hurricanes, and three to six strong, intense hurricanes. On the other hand, the monthly wildfire forecasts predict a normal or above normal season within California and other western regions.

This year, the projections pose a more serious threat to public health, due to COVID-19 and the current social climate of the United States. The pandemic brings with it a plethora of health and economic complications that further highlight social disparities and marginalize vulnerable populations like Black, Hispanic, and immigrant communities. Social inequity within the United States plays an unfortunate role in the preparation for and response to natural disasters, as factors like race, ethnicity, and immigration status determine how a community is supported. Considering the projections of the climate crisis, it is crucial to consider factors such as systemic racism, xenophobia, and poverty when administering risk assessments and emergency preparedness plans. It is imperative to recognize that the existing framework for the national response to disasters is just that: a framework. In order to ensure equity among disaster preparedness plans, one must consider the systematic barriers that communities face, as well as their language, culture, needs, and local resources.

A model that has been proven helpful in ensuring equitable disaster preparedness is the community mobilization model. Community mobilization has been the backbone of responses to recent emergencies in Puerto Rico. We observed it during María, with the community health centers taking direct services to the homes when most of the population was isolated. It was present when different organizations connected to assist during the 2019-2020 earthquakes. We see it now with the public health emergency related to COVID-19. The current emergency leaves us with an easy way to present how community mobilization can be used in response, specifically with food insecurity in vulnerable communities. Community health centers, community leaders, and government agencies identified food insecurity as an effect of the pandemic due to unemployment and closings of places where food is usually purchased. Health centers in collaboration with community leaders identify those families in need to facilitate distribution or direct distributors to the most vulnerable communities using information or previous experience in the health center. The result is the massive distribution of food that in turn promotes local agriculture and healthy eating. Corporación de Servicios Médicos and Hospital General Castañer, two of partners in Puerto Rico, are examples of these initiative. These two centers have been working with their partners to deliver food to the vulnerable populations in their communities near the north and central region of the island. This not only addresses part of the food insecurity but could influence the health results of these populations by obtaining foods such as fresh fruits and vegetables, which are usually out of their economic reach or not available in some regions. This is just one example of how community mobilization – localized and collaborative efforts supported by pre-disaster organization between community leaders and members – can reduce post-disaster disparities. And community mobilization can do much more.

In the context of emergency preparedness, there are various components of community mobilization that are adapted to fit the needs of the community it is serving, which helps to ensure a more equitable response to disasters. Community leadership management, identification and mapping of local resources, analysis of strengths, opportunities, weaknesses and threats (SWOT) and other components come together to empower the local community while establishing a disaster response plan that is sensitive to the dynamics and needs of the community it serves. Similarly, this model identifies systematic barriers to emergency preparedness and response in order to minimize their impact in this context. The community mobilization model encourages local communities to play a role in the development of their own emergency management plans, while government agencies instead play a supportive role in order to address the barriers identified by the community.

Migrant Clinicians Network is in our second year of our project funded by the Bristol-Myers Squibb Foundation to integrate the community mobilization model into the emergency preparedness plans of vulnerable communities within Puerto Rico. In this project, community health centers and their community outreach staff, community health workers, and health educators team up with local leadership to establish an integrated emergency management plan. This opens a platform for communities to discuss and establish next steps, identify local resources, and involve the “Centro de Salud” -- the local health center -- which provides support to chronic disease patients and other vulnerable populations while serving as the community’s main link to government agencies. In the first year and a half of this project, we noticed that in addition to achieving our primary goal of improved community emergency response, the dynamic between community health centers and the community they serve improved greatly. There was a noticeable growth in mutual trust and communication, particularly when recognizing the barriers and needs of the community. This paved the way for improvements in community programs that help ensure the overall health and wellbeing of citizens.