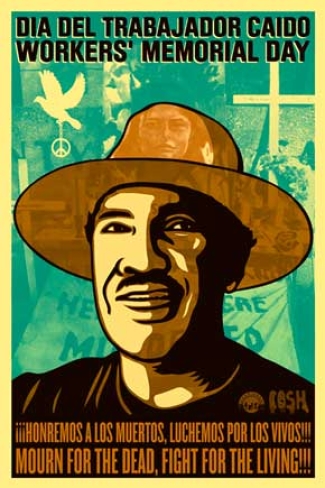 The Department of Labor’s (DOL)Wage and Hour Division (WHD) on Thursday announced it is withdrawing proposed revisions to child labor regulations in the Fair Labor Standards Act that would have provided additional protections to children hired for work in agriculture.

Amy K. Liebman, director of MCN’s environmental and occupational health initiatives told Bloomberg's Occupational Safety and Health Reporter that the (Obama) administration still must address why children hired to work on farms do not have the same safety protection of youth in other jobs.

"This is a real disservice to the migrant child," Liebman told BNA April 27. "For any child who is employed (in agriculture), they are basically being neglected by this process."

The Fair Labor Standards Act sets age 12 as the legal limit for farm work with exemptions available for children as young as age 10 or 11, according to the National Center for Farmworker Health. The organization estimates that up to 300,000 children under age 18 perform dangerous and strenuous work on US farms, annually.

"We have a subpopulation of very young workers (in agriculture)," said Celeste Monforton, Assistant Research Professor in the Department of Environmental and Occupational Health at The George Washington University School of Public Health. "Public health science showed these youth workers were at risk and preventative measures could protect these workers," she said.

Migrant children and the children of migrant and seasonal farmworkers - who are often hired for work in agriculture - are particulary vulnerable to harsh working conditions and will continue to face unequal protections given DOL's announcement. Poverty, migration patterns, weak labor protections and disparate or a dearth of formal education leave migrant children and families few options.

In April, the National Children's Center for Rural and Agricultural Health and Safety published the 2012 National Blueprint for Protecting Children in Agriculture. MCN's Liebman was an author on the report, which outlines goals and strategies for reducing injuries and deaths among children on farms.

Under the proposed revisions, hired children under 16 years of age would have been barred from working as pesticide handlers, operating trenchers or earthmoving equipment, fork lifts, potato and grain combines and tractors over 20 horsepower. Children would have also been excluded from work in manure pits or inside of fruit, forage or grain storage designed to retain an oxygen deficient or toxic atmosphere. The rules would have also prevented hired kids under 16 from driving a bus, truck or automobile when transporting other passengers and required tractors operated by children to be equiped with a Rollover Protection Structure.

Farms with less than 10 employees and children of farm owners or farm operators would have been exempt from the proposed rules changes. Additionally, the proposed rules afforded exemptions to youth involved in educational programs.

According to Monforton, the proposed child labor rules changes were under development for nearly 15 years were originally based on reports published by the National Institute of Occupational Safety and Health and the Institute of Medicine to bring parity between the protections afforded to children hired for work in agriculture and other industries.

In its statement, DOL said it will partner with industry stakeholders and organizations like 4-H "to develop an educational program to reduce accidents to young workers and promote safer agricultural working practices."

Monforton and others contend that the reason the rules were proposed is because injuries and deaths still occur even with voluntary education programs in place.

According to the National Farm Medicine Center's 2011 Childhood Agricultural Injuries Fact Sheet, agriculture has the second highest fatality rate among youth workers with 21.3 deaths per 100,000 full-time workers, compared to an average 3.6 deaths per 100,000 workers in all other industries.