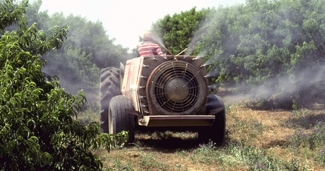 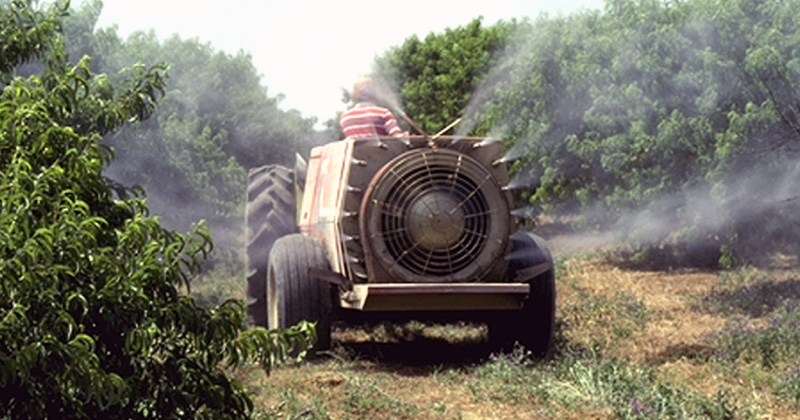 Last week, after years of effort from environmental health and farmworker advocates, the Ninth Circuit Court of Appeals ordered the Environmental Protection Agency (EPA) to essentially ban chlorpyrifos, the dangerous neurotoxic chemical. Despite overwhelming evidence of chlorpyrifos’ toxicity, the EPA failed for years to protect farmworkers from the pesticide, which has already been banned for indoor use for decades. Armed with science and widespread support to ban this chemical, Earthjustice, along with numerous farmworker and child health advocates and environmental groups, sued the EPA. The recent court case was supported by an Amicus Brief filed by Migrant Clinicians Network and several other organizations.

“This is an incredibly important legal victory – but when our only means to get basic protections are lawsuits, this indicates that our regulatory agencies are not doing their job,” said Amy K. Liebman, Migrant Clinicians Network’s Director of Environmental and Occupational Health. “Ultimately, we’re left to the whims of political administrations, regardless of the data, even when the science is overwhelmingly on our side.”

The long path to a nationwide ban for chlorpyrifos to better protect farmworkers is yet another example of farmworkers exclusion from regulatory and legal protection afforded to other groups or other workers.  Liebman reminded us that “agricultural exceptionalism” is systemic.  She pointed to laws like the Fair Labor Standards Act (1938), which specifically excludes farmworkers from core labor rights including minimum wage and overtime. “And this exclusion continues,” Liebman noted.  Even after the federal government took an active role in worker health and safety with the formation of the Occupational Safety and Health Administration (OSHA) in 1971, Liebman said that “farmworker advocates thought it was a no brainer for the agency to issue a water and sanitation regulation for those working tirelessly to put food on our tables,”  yet it took 16 years and a lawsuit to force the agency to promulgate the first standard for farmworkers on water and sanitation, which put into place the basic workplace protections to ensure farmworkers have access to clean water and a place to go to the restroom – essential and fundamental aspects to a healthy workplace.

“This ongoing lack of farmworker protection exemplifies the structural racism that persists in federal agencies,” said Liebman. In the case of chlorpyrifos, this frequently exploited group of largely Latinx immigrant workers, many of whom lack the resources or work opportunities to protest poor treatment or unsafe conditions, was left unprotected for decades from a chemical that was already deemed too unsafe to use inside homes. Advocates engaged in a decades-long struggle to ban the chemical. As the EPA abandoned its protective role, advocates turned to states to ban chlorpyriphos, and states including California, Hawaii, Oregon, and Maryland passed laws or issued regulations to eliminate it or limit its use. But it was not comprehensive, as this state-by-state approach only offers geographically limited protection. It took the courts to get the EPA to do its job.

Liebman emphasized that the structural failings of the EPA to protect farmworker health indicates our next path forward – but does not take away from the significance of last week’s important legal ruling.

“Many farmworkers, many rural residents, many unborn children will have healthy lives because of this ruling,” she said. “There are many bad actors that EPA has registered for legal use.  It’s time to ensure our regulatory agencies work for the people, so it doesn’t have to take a lawsuit to ensure basic safety and health needs are met.”