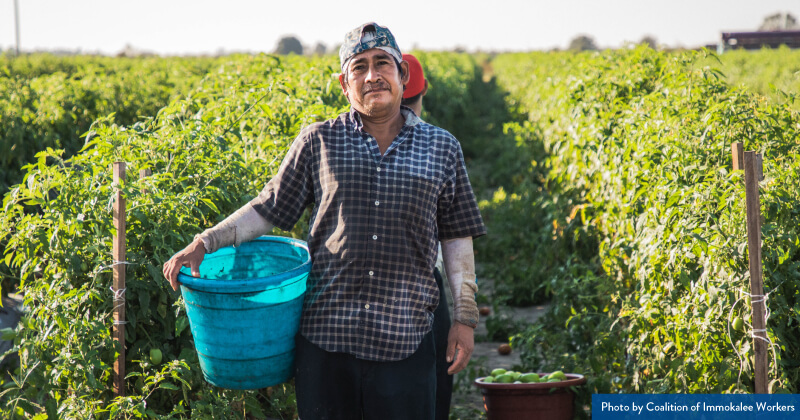 No one should ever die on the job. Many of us enjoy a safe workplace, but some of us can't take safety at work for granted. As the AFL-CIO's 2022 edition of the Death on the Job report clearly delineates, those working in construction, transportation, and farmwork in particular are at risk of injury or death. What's more, death rates uncover significant racial disparities. The fatality rate among Latinx workers – 4.5 per 100,000 workers -- is 32% higher than that of the overall worker fatality rate, and has increased by 15% in the last decade.

Over a thousand Latinx workers died on the job in 2020, and almost two-thirds of those were foreign-born, the report says. Many Latinx migrant and immigrant workers in the US take jobs in some of the most dangerous low-wage industries like construction and farmwork. Many factors increase the danger in these workplaces specifically for migrants and immigrants. Some factors include: fear of reporting safety violations or concerns, out of concern of jeopardizing or exposing their immigration status; unfamiliarity of their basic rights on the job as workers; and lack of education and training on occupational health and safety provided in culturally and linguistically relevant ways.

And more risks are on the horizon. The climate crisis promises significant dangers for which many workplaces are unprepared. One analysis reported by NPR found that the three-year average of worker deaths from heat has doubled since the 1990s. This figure will only increase as heat waves aren't just more frequent but hitting locations that have rarely experienced such extreme heat in the past. Heat doesn't only affect outdoor workers; workers in unconditioned warehouses and other indoor locations can also experience heat extremes.

Wildfires, growing in frequency and intensity, produce smoke that can affect outdoor workplaces hundreds of miles away from the fire. The pressure on farmworkers to toil through the smoke, and farmers’ fear of losing crops should workers need to take more breaks or avoid work altogether during a smoke event, increase the threat of illness from smoke.

Climate-driven unpredictable and unprecedented weather events – from stronger and slower hurricanes, to unseasonable tornadoes, to flooding – are hard to prepare for. Further, they may result in new workplace risks like exposure to mold, infectious disease, and other hazards on the job. However, emergency preparation and response must be prioritized to take into account the new reality into which we are rapidly moving. New efforts toward a national heat standard are a monumental first step. Stronger regulations, clear and regular enforcement of regulations, and culturally relevant and low-literacy training and education for workers on regulations in the language they prefer need to occur simultaneously for any regulatory adjustments to be effective in preventing workplace injury and death.

On today’s Workers’ Memorial Day, we mourn the thousands of immigrant and migrant workers whose lives have been cut short, dying on the job when they should have gone home to their families after work that day. We call for immediate action to better protect workers so that no one else has to die, and so that thousands more don't have to suffer from injury or illness related to work.  We call out racial disparities in work injury and deaths, which expose the inequities in workplace protection and the structural racism that undergirds the distribution of our most dangerous (and often poorly paid) jobs to non-white workers. Because going to work – a basic human act, so we can provide for our families and improve our quality of life – should always be safe, regardless of who you are, what language you speak, or where you were born.