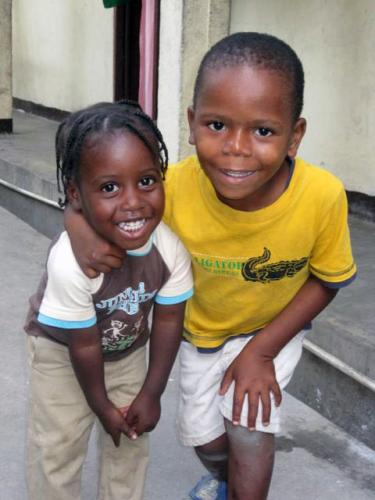 Immunization disparities continue to exist in Hispanic populations despite the equity achieved in early childhood rates. Influenza and pertussis are two vaccine preventable diseases for which Hispanic populations in the US are particularly in need of improved coverage. Hispanic adults over age 64 are least likely to receive influenza (flu) vaccine coverage[i] and Hispanic communities were overrepresented in the 2009 H1N1 epidemic in terms of incidence, morbidity and mortality.[ii] Ironically, Hispanic families were more likely to desire flu vaccine than their non-Hispanic counterparts (52% versus 38%) but that did not translate into access.[iii] Despite an increased appearance of equity in the March 2011 National Flu Survey, the results have limited ethnicity data and should be cautiously interpreted.[iv]

Throughout the US, the overall adolescent rate for Tdap is only about 55%,[v] leaving large numbers of infants at potential risk of disease through contact. This is particularly alarming for the Hispanic population as Hispanic infants are at greatest risk of pertussis infection, morbidity and mortality.[vi] Citing 207 mortality data, Dr. Healy of Baylor College of Medicine estimates that infants of Hispanic ethnicities have a 74% greater incidence of pertussis, and account for 70% of pertussis deaths.[vii] The 2010 California pertussis epidemic, which claimed the lives of ten infants, nine of whom were Hispanic, emphasizes the urgency of widespread vaccination with Tdap in the Hispanic adolescent and adult population.

The Hispanic population is not homogeneous. Most at risk for underimmunization and vaccine preventable disease are those marginalized because of lack of insurance, poverty, limited English proficiency, low educational attainment, residence in areas new to Hispanic settlement, unfamiliarity with local health resources, and insecurity related to immigration.[viii] [ix] Large numbers of underserved culturally isolated Hispanic families are typically excluded from surveys such as the National Immunization Surveys, Behavioral Risk Factor Surveillance System and National Flu Surveys, which rely on household telephone contact and access to health care providers, making valid immunization rate determination for this at risk subpopulation difficult to ascertain. As the most common site for immunization delivery is a clinic or hospital setting, particularly in those identified as Hispanic[x], subpopulations without identified primary care providers are particularly vulnerable.

A recently emphasized intervention, recommended by the Global Pertussis Initiative in 2001 and endorsed by the Advisory Committee on Immunization Practices, is known as cocooning.[xi] It reduces vaccine preventable disease, but has been limited to intervention reports that are clinic or hospital based.[xii] Cocooning is the practice of protecting infants under one year of age from pertussis through administration of pertussis vaccine (typically Tdap) to all household contacts at or near the time of the infant’s birth. Cocooning has also been extended to flu prevention activities and is appropriate in protecting any who are at risk, whether pregnant, elderly, infant, or chronically ill. Cocooning has been found to be cost-effective and estimated to reduce severe infant pertussis (hospitalization) by one child/505 mothers immunized.[xiii] Up to 55% of hospitalized cases in a Netherlands study could have been prevented by cocooning.[xiv]

Despite the overall success in reaching Hispanic children, those of Mexican descent are more likely than their other Hispanic counterparts to be underimmunized.[xv] Linguistically isolated Spanish speaking older adults, particularly if they reside in “new destination” areas of the US, experience the highest rates of flu vaccine disparity, regardless of health and socioeconomics.[xvi]

Many of the nation’s recent Mexican immigrants are characterized by the risk factors above. There are over 11 million individuals of Mexican origin in the US, representing about 25% of the US Hispanic population.[xvii] US Hispanics are the most uninsured ethnic group in the US, and within Hispanic subpopulations, Mexicans have the highest rate of uninsurance at 39%.[xviii] Over one-fourth of recent Mexican immigrant households live below the federal poverty level, and at least six million are without insurance.[xix] Currently, Mexico does not provide a Tdap booster, so recent immigrants will be unfamiliar with and unprotected by this vaccine. The Mexican Ministry of Health reports that a study of 13,000 adolescents in Mexico City schools showed pertussis to be a common cause of persistent cough, highlighting the need to include booster dosing into the country’s immunization regimen.[xx]

As the Migrant Clinician’s Network (MCN) has conducted national projects over the past 26 years to improve immunization rates in migrant and marginalized mobile poor populations, the majority of those served typify the subgroup described above. Whether recent Mexican immigrants or long term US residents of Mexican descent, they are poor, uninsured, and linguistically and culturally isolated. They have limited education, inconsistent health care access, and inadequate knowledge of US health services and practices. Approximately 865,000 are served through MCN’s relationship with the nation’s Federally Qualified Health Centers (FQHC), but an increasing number are receiving care, focused on educations and access, through MCN’s growing partnership with Ventanillas de Salud (VdS); Windows to Health).”

The VdS is a model program initiated in California in 2002 and now expanded to over 20 states and 44 sites. A collaboration between the Mexican Ministry of Foreign Affairs and the Institute for Mexicans Abroad, with pilot support from the California Endowment, the VdS are located within Mexican consulates with the purpose of facilitating access to appropriate use of US health care services by Mexican immigrants and providing culturally responsive health education and promotion services. Trained health educators partner with health and social services organizations to offer assistance both within the consulate and in the community. Services vary by community need, but MCN has assisted VdS sites with immunization screening and delivery, cancer screening and education, family violence prevention, and access to a medical home.

Data from a 2008 survey of the Austin, TX VdS, which MCN helped to establish, showed 74% of visitors had no health insurance and 60% no medical home. The population is young, with a mean age of 36 years; poorly educated, with a middle school education; family-based, with an average 3.5 relatives also in the household; and unfamiliar with US resources despite an average US residency of 11 years. Through six health fairs, 17 on-site mobile clinics, and 25 partnering community agencies the Austin VdS was able to establish medical homes for almost 2000 people and to provide health services to 8700.[xxi]

Nationally, over 1.6 million underserved Mexican Hispanics have accessed the nation’s VdS sites. The sites have proven to be culturally acceptable and to provide multi-sector collaborations with local, regional, and national partners. Consulates are established sites for assistance with general issues such as passports, visas, and tax information, and are considered safe havens for those who are unsure of how they may be regarded by other official agencies in US sectors. The recent addition of health promotion and coordinated service provision has reached a Mexican Hispanic subpopulation that previously did not optimally utilize US public health services.

In addition to the risk factors already noted, new immigrants from Mexico have cultural expectations of immunization needs that are distinct from common US experiences. In focus group studies, MCN found that immigrant women were unaware of adult immunization needs and that they did not know how to access immunizations apart from WIC or Medicaid. Men also thought vaccines were for children, other than flu vaccine. Mechanism of vaccine action was unknown, and distrust of US health systems was present.[xxii] In her work with underserved Hispanic women in the Houston area, Dr. Healy found 55% did not know when they had last received a tetanus shot.[xxiii]

Focus groups suggest that differences in immunization practice and culture between sending societies and the US negatively impact immunization completion after US residency. Focus group participants report that they expect providers to ensure timely vaccines at no cost, await home visits associated with immunization campaigns, and are surprised to learn they need an appointment to get immunized. In Mexico, public health personnel routinely visit homes to administer free vaccine to children and pregnant women, recording vaccines in a national registry and providing the recipient with an updated personal record. Three National Health Weeks augment Mexico’s immunization practices, with special attention to high-risk groups or particular vaccine needs. The Pan American Health Organization estimates that 80% of the population is covered by insurance or options funded by the government.[xxiv]