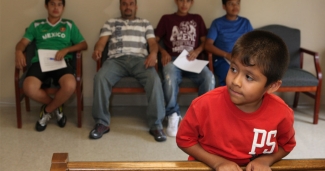 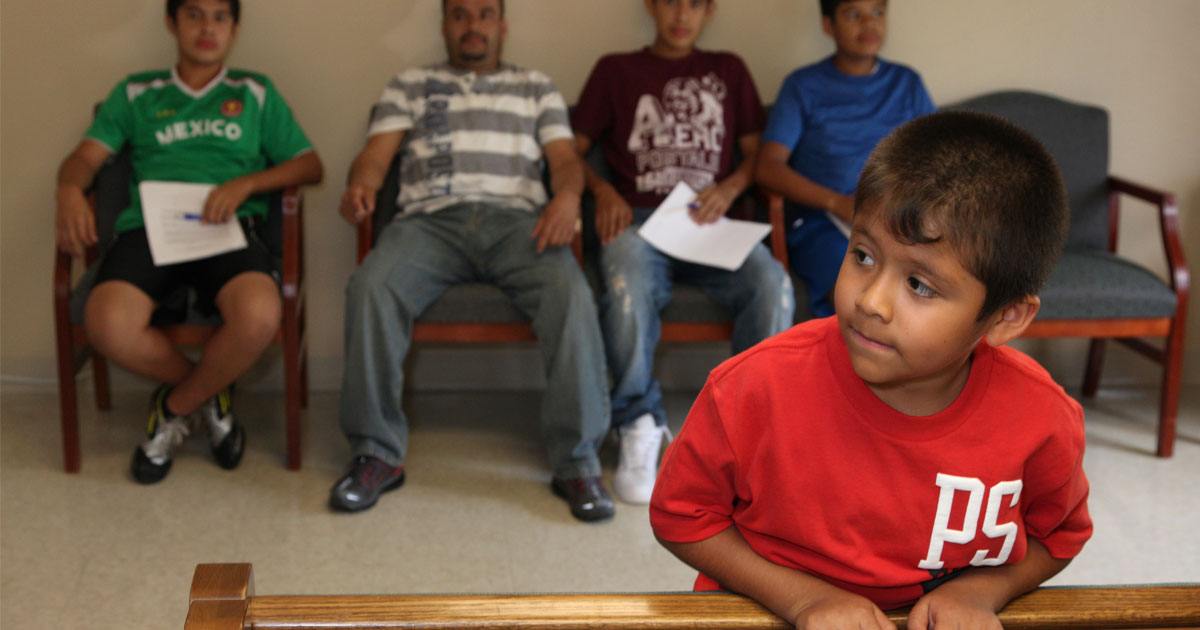 [Editor’s Note: This blog post comes to us from Farmworker Justice, a nonprofit organization that seeks to empower migrant and seasonal farmworkers to improve their living and working conditions, immigration status, health, occupational safety, and access to justice. Read more immigration updates from them on their blog.]

Many farmworkers and their families face an uncertain fate due to the results of the U.S. presidential and Congressional elections. There are nearly two and a half million seasonal farmworkers in the U.S., at least 50% of whom are believed to be undocumented immigrants, mostly from Mexico. Throughout his campaign, Donald Trump invoked rhetoric disparaging immigrants, including those from Mexico. Trump also infamously proposed to build a border wall paid for by the Mexican government, to end DACA, and to engage in mass deportations. As discussed in this Huffington Post piece, President-elect Trump’s words have instilled fear among immigrant farmworkers and their families.

See also, these pieces regarding the election’s potential effects in the states of Washington, New Mexico and Idaho.

Post-Election Uncertainty. It is not yet clear whether and how the Trump Administration will carry out these dire threats against immigrants. Trump’s mass deportation plan and border wall are unrealistic and even the Trump campaign has acknowledged that his campaign promises may not be put into place as described. Some information can be gleaned from a recent interview on “60 Minutes,” where Trump stated that he plans to deport 2-3 million undocumented individuals who are “criminal[s] and have criminal records, gang members, drug dealers…” He further noted that after securing the border “and after everything gets normalized, we’re going to make a determination on the people that they’re talking about — who are terrific people.” Trump’s advisors have also indicated that he will likely reinstate workplace raids, which would terrorize immigrants in the workplace.

Agribusiness Concerns and Goals. Clearly, immigration enforcement will impact employers who depend on experienced, hard-working undocumented immigrants. Several media reports have suggested that growers will seek to reduce regulations in the H-2A program to ease business access to guestworkers. We’ve seen this before and know that what the growers seek is reduced government oversight and sharp cuts to wages and other worker protections. The Bush Administration’s H-2A regulatory changes diminished government oversight, lowered wages and reduced protections leading to sharp wage cuts and other financial losses for farmworkers. Prior to the Obama Administration’s restoration of the earlier, Reagan-era regulations, the overall loss and increased costs for H-2A workers in 2009 as a result of the Bush regulations was roughly $121.2 million dollars in lost wages, $4.7 million in unreimbursed transportation costs and the payment of approximately $17.3 million in visa and border crossing fees. Farmworkers cannot afford to shoulder these costs. H-2A workers and the U.S workers who work alongside them already suffer far too many abuses; we need to strengthen protections and enforcement, rather than to cut them. In a video message released yesterday, Trump stated that as one of his first actions, he intends to “direct the Department of Labor to investigate all abuses of visa programs that undercut the American worker.” The H-2A agricultural guestworker program contains labor protections that are intended to prevent displacement and undermining of the wages and other labor standards of U.S. farmworkers due to the hiring of vulnerable H-2A visa guestworkers who are dependent on their employers for their continued ability to work in the U.S. There are extensive violations of both U.S. workers’ and H-2A guestworkers’ rights that DOL must investigate and remedy.

The need for meaningful solutions. One-sided H-2A reform does not address the situation of the many undocumented farmworkers contributing valuable work to our food system. Some growers have also recognized the need for broader reform that includes legalization for their workers, as suggested in the Huffington Post piece above. We do not yet know how the Trump administration and Congress will move forward to address these issues. Growers did have a voice in Trump’s campaign, with several grower representatives, including Tom Nassif, President of the Western Growers Association and Chuck Conner, CEO of National Council of Farmer Cooperatives on Trump’s agricultural advisory committee. Chuck Conner is also rumored to be a possible pick for the Secretary of Agriculture. In the past they have supported legal status for undocumented immigrants as part of compromise immigration legislation, but have also insisted on major changes to the H-2A program or its replacement future agricultural guestworker programs.

President-elect Trump’s transition team and picks for key positions are reinforcing his hard-line message on immigration. His immigration transition team includes Kansas Secretary of State Kris Kobach who is notorious for his anti-immigrant views and role in pushing anti-immigrant legislation in states such as Arizona. Last week, President-Elect Donald Trump announced that he has chosen Alabama Senator Jeff Sessions (R) as his pick for the position of Attorney General, a position that must first be confirmed by the U.S. Senate. Farmworker Justice is deeply concerned about the selection of Sessions, who has long been a vicious opponent of immigration and reasonable immigration reform and has a history of racially insensitive comments. Other Administration picks, such as Stephen Bannon as chief of strategy, also send troubling messages about the goals and direction of the Trump Administration in terms of its respect for America’s diversity and respect for human rights.

Arturo Rodriguez, President of the United Farm Workers, provides an inspiring reminder, “We have confronted and overcome political adversity many times before. … As the challenges increase so does our commitment to and determination to afford all farm workers and low-income working families the opportunities and respect they deserve.” Indeed, farmworker organizations have faced adversity before. During its 35 years, Farmworker Justice has fought against adversity in Administrations and Congress many times.

Farmworker Justice will track and report on developments at the intersection of immigration policy and labor rights. Collaborating with our partners, we will fight against any efforts to reduce farmworkers’ protections and to harm farmworker communities. We will fight for meaningful, fair immigration reform. In our watchdog role we will monitor immigration enforcement and labor rights enforcement by government agencies and intervene as needed. Through our extensive relationships with farmworker organizations around the country, we will help farmworkers address the fear and uncertainty this election has instilled, and protect the rights and dignity of the farmworkers who cultivate, harvest and process the nation’s food.