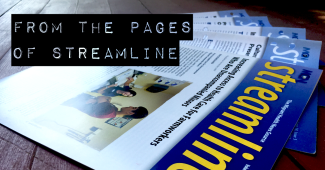 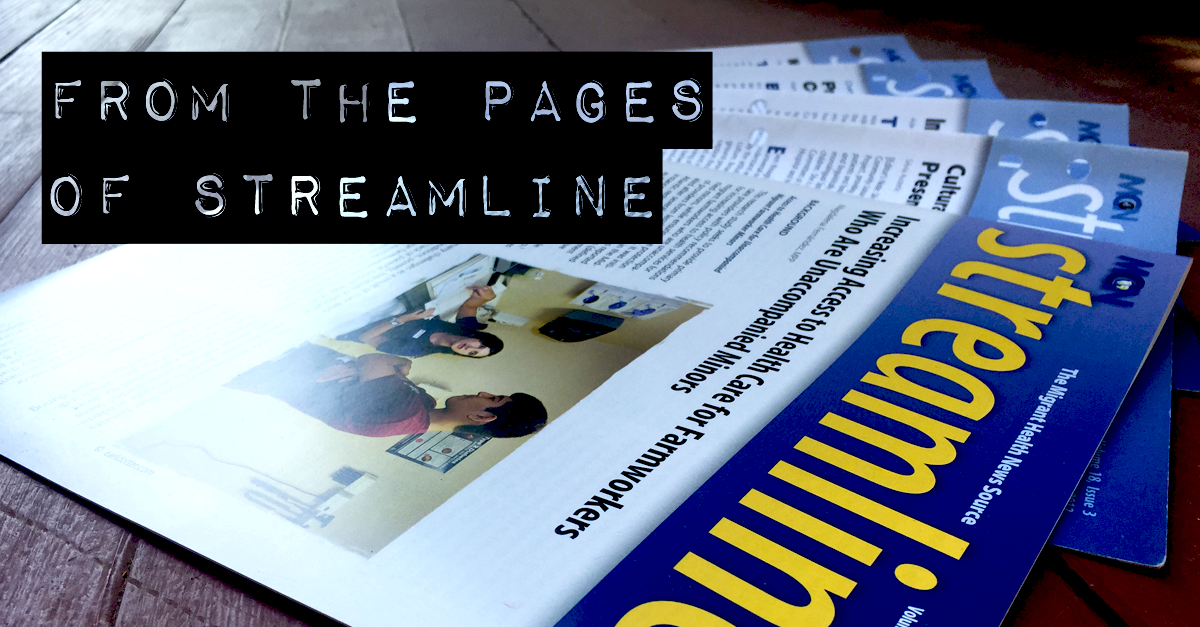 [Editor’s note: In honor of National Women & Girls HIV/AIDS Awareness Day, we are running the following excerpt from our Summer 2015 issue of Streamline, MCN’s quarterly clinical publication. The article is a comorbidity case study of a woman who was diagnosed with HIV and TB. Visit our Streamline page to download past issues or to sign up to receive the publication in print.]

Health Network has been managing HIV cases since 2007, with a total of 163 cases to date. This case study exemplifies the amount of time and effort Health Network associates provide to mobile patients, particularly in a case where the patient is suffering from a coinfection. Of those 163 HIV cases that have been managed, 96 cases presented a coinfection of tuberculosis and HIV. The majority of HIV cases enrolled with Health Network were originally TB cases, demonstrating HIV+ patients’ higher susceptibility to TB infection. TB is one of the leading causes of death for people living with HIV.1

Health Network began to receive funding specifically for HIV cases in 2012 from the Elton John AIDS Foundation to support coordination of care for patients after incarceration or during immigration deportation.  The Health Resources and Services Administration (HRSA) also contributes to Health Network’s HIV services, because they fund Health Network to help coordinate care for mobile populations, and HIV falls under the umbrella of funding that HRSA gives to Health Network. Coinfection of HIV and TB is not only common, but also can be detrimental without the proper care. The case study that follows specifically emphasizes the need to give attention to this coinfection in mobile populations, and the diligent work that goes into coordinating care for these patients by Health Network associates through case management.

In August 2012, Naomi* an African woman in her late twenties residing in the Northeast, tested positive for tuberculosis, and was started on treatment shortly thereafter. Naomi brought herself to an emergency room and was admitted into the hospital with a fever and cough. She was then tested for HIV due to the symptoms she had when she presented to the hospital, and was found to be HIV+. After being diagnosed with HIV, Naomi was also diagnosed with a secondary condition called Immune Reconstitution Syndrome (IRIS). This commonly occurs when a patient is being treated simultaneously for TB and HIV and his/her immune system begins to respond to the antiretroviral treatment for HIV. Due to this new diagnosis of IRIS, Naomi was continued on antiretroviral medications and stopped her TB treatment for several days, then resumed it with one medication at a time.  The patient was released from the hospital with one month of TB treatment and three months of antiretrovirals for her HIV. This is a common practice for hospitals when a patient is staying in the same area for a long period of time, which was what the hospital thought was the case for this specific patient. However, Naomi was planning to move back to her country of origin, in east Africa.

The hospital staff treating Naomi for HIV and TB learned of her intentions to move in the beginning of December. Her doctors wanted her to be reevaluated by an infectious disease doctor once she was back in Africa, so they decided to take action to ensure the patient received care after she had moved.  The hospital informed the Centers for Disease Control and Prevention (CDC) of the patient’s intentions to move out of the country, and the CDC enrolled her with Health Network.  After Health Network was contacted, the CDC was able to have the patient released to Africa, since Health Network was the third party that would be coordinating care for the patient as she moved.

Naomi underwent nine months of treatment for her TB due to her sputum results that were taken in Africa. She completed treatment in June 2013, at the TB clinic in Africa. When Health Network tried to obtain these records, the TB clinic stated they needed to contact her treating physician who was at a hospital nearby in order to obtain the records. Shortly after completing treatment, in December 2013, Naomi moved back to the United States. Health Network learned this when Jessica called Naomi’s mother, who informed Jessica that Naomi had moved back to the US, and gave her a phone number for her daughter. Jessica called Naomi, and was informed that she was planning to stay in the US for a long time, and admitted to doing well.

She brought a summary of her HIV treatment with her to the US along with two months’ worth of HIV treatment medication from her African clinic, but she did not have a current clinic to go to in the US. Jessica then got into contact with a clinic near Naomi that treats HIV and also has individual case managers to keep up with the patient. Health Network was able to send medical records to the clinic to get Naomi enrolled, and she was able to set up an appointment at the clinic for January 2014, one month after the patient had arrived back in the US.

Health Network needed documentation of the TB treatment completion to close out the TB portion of the case. When Health Network contacted the African clinic to obtain treatment completion records, the treating physician in Africa requested Naomi’s TB card; the card has a specific identification number needed to access the patient’s completion records since the African clinic did not have an electronic medical records system. Jessica contacted Naomi about the TB card, but she reported that she had left it in Africa. Naomi then contacted her mother in Africa, and had her send the TB card to the US. In June 2014, Naomi sent the card to Health Network. The TB portion of this case was closed in July by MCN’s Chief Medical Officer, and the HIV portion currently remains open.

When Jessica checked in on Naomi again in May 2014, she said that she had another appointment set up at her current clinic the following month. She also said she was planning to move to another state to find work and to go to school, because her current location was turning out to be a place where she was not getting enough support from those around her. By July, Naomi had moved, and was referred by Health Network to a local hospital to treat her HIV. Jessica was able to coordinate care for the patient by sending previous HIV records to the new treatment facility. Jessica continued to stay in contact with the clinic and the patient throughout her treatment there. At the beginning of this year, Naomi moved again and Health Network was able to coordinate care for her by finding a clinic near her new home. Naomi is still in this location, and is under treatment at a clinic that Health Network found for her.

Currently, this case has resulted in 49 clinic contacts and 42 patient contacts, and still remains an open case in Health Network. Without the communication that occurred on this case, and Health Network’s associates working diligently on the case, it is likely that Naomi’s care would not have been as cleanly executed. With serious coinfections like TB and HIV, treatment needs to be administered consistently over long periods of time; if Naomi had not been enrolled with Health Network, it is likely her treatment would not have continued due to her mobility, and the likelihood of developing drug resistance to both her HIV and TB would have been increased. Despite moving between two countries and moving to three different states within the US, she was able to receive care. This demonstrates the importance of  a constant flow of communication between all parties involving a mobile patient’s health, and that a case manager coordinating care, like an associate at Health Network, is essential to achieving competent care, especially when health care becomes as fluid as it does when interacting with mobile populations.

1 Centers for Disease Control and Prevention (CDC). Tuberculosis (TB). http://www.cdc.gov/tb/topic/tbhivcoinfection/default.htm. Accessed June 1, 2015.
*The patient’s name, country of origin, and all dates have been changed to protect her identity.