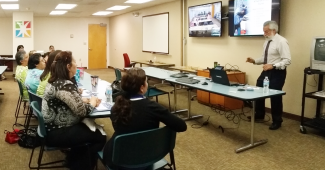 Submitted by Claire Hutkins Seda on 4 May 2016 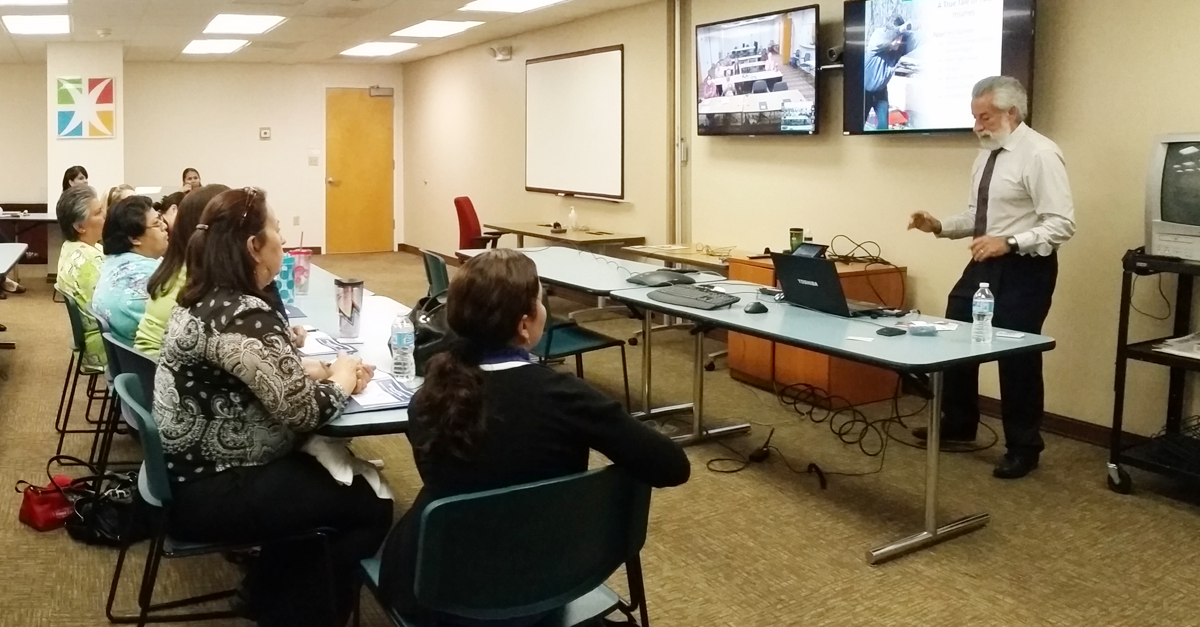 [Editor’s Note: It’s almost here! The Spring issue of Streamline, Migrant Clinicians Network’s quarterly clinical publication, is hitting mailboxes early next week. Today, we give you a sneak-peek at one of the featured articles in the newest issue. Streamline is delivered free of charge to over 4,000 clinicians around the country. Sign up to receive Streamline by emailing your mailing address to contedu@migrantclinician.org. Check back next week to watch our video abstract on the new issue and gain access to the full digital edition. In the meantime, you can browse past issues here.]

Last year, to improve care given to the agricultural workers and better equip clinicians with tools to recognize and manage work-related exposures and injuries, Healthcare Network signed on as a Center of Excellence in Environmental and Occupational Health through Migrant Clinicians Network’s (MCN) Workers and Health program.  Centers of Excellence commit to completing a mutually agreed-upon workplan for the year-long collaboration. Healthcare Network aimed to successfully integrate environmental and occupational health (EOH) into its medical practice through trainings, adjustments to the electronic health record (EHR) to include EOH concerns, the adaptation of MCN’s pesticide guidelines, the inclusion of migrant health and EOH in orientation training, and collaboration with the Florida Department of Health. (See sidebar for more on the program.)  Healthcare Network’s workplan also had the stated goal of improving identification and documentation of agricultural workers by five to ten percent.

Lopez, who admits she’s a “data person,” was one of several Healthcare Network staff focused on implementing the identification portion of the workplan.  Lopez received the workplan in September, 2015. “From there, I knew what the timeline was and what needed to get done,” she said.  In September and October, Heathcare Network and MCN determined specific metrics and dates for their plan. MCN coordinated with the National Center for Farmworker Health (NCFH) to facilitate trainings for intake staff during the first week of November. “Here in Immokalee, we had a large group of Patient Service Representatives (PSRs),”  and other front-desk employees joined together to participate in NCFH’s virtual training, while other offices throughout the county logged on from their own locations.  NCFH provided two training sessions on different days.  “The next week, we implemented the changes,” Lopez said.

The most significant of changes was a questionnaire, provided by MCN in Spanish and English, that all patients fill out. “We had it translated into Creole,” as well, said Lopez, to best suit their patient population. The questionnaire asks, “Have you or a member of your family with whom you reside ever done agricultural work as your principal employment?”  If a patient answers yes, “they have to go to another field,” where they’ll ask if they are migratory or seasonal.

“We added a customized field within the registration section of the EHR and in the practice management section,” Lopez said, where the PSR/front desk staff will input whether a patient completed the questionnaire. If they had, the PSR then scans the questionnaire into the record, and then inputs in another new field in the EHR whether the patient identified as migratory or not, or declined to state.

Healthcare Network’s report writer built a report to pull data to see if the questionnaires were completed. “We got that report, and we were able to identify some sites that were not collecting the data”-- the first point at which they can improve, Lopez said. A secondary report was built to determine how agricultural workers responded to the question that asked about migratory status.

Although complete numbers aren’t yet in, initial results in the first three months were impressive. “One of our adult sites, we had 17 migrant and 17 seasonal” newly identified agricultural workers. “Another site, Family Care Immokalee, [saw] 54 new migrants and 59 new seasonal -- that’s a large number.” Both sites were in the same town, prompting the next question -- why was the jump so large in the second site, compared to the first?  “Those sites see the same people,”

Lopez noted, so further analysis needs to be conducted.  Lopez seeks to better understand “which sites are we getting a high percentage of migrant workers, which sites are we not getting them, and why.”Lopez noted that in an area north of Naples, many patients were declining to answer whether they are migratory or not. Lopez says her next step is to determine, “Why are the patients declining? Why do they not feel comfortable sharing that information? Is that because we’re not explaining what it is, or they just don’t want to be bothered by it?” A review of the questionnaire may result.

Healthcare Network isn’t just analyzing data -- they are using it.  Lopez says Healthcare Network is going to do more outreach based on the results of the questionnaire, reaching out particularly in areas where the numbers are lower than anticipated.  Part of their Center of Excellence workplan with MCN is to connect with newly identified migratory workers and enroll those with chronic conditions into Health Network, MCN’s bridge case management system.  “I’m trying to utilize my [current] staff as much as I can,” Lopez said.  “We have a case manager to follow up with those patients,” specifically to enroll them in Health Network.  One of the case managers who was previously focused on HIV will now be more focused on Health Network enrollment of migrant patients “as soon as they’re ready to go up north at the end of May,” to assure they can continue to access care at their next destination.

Lopez emphasized that it’s a work in progress. “We’re still working on it. I’m still waiting to analyze more information and come up with some more solutions,” Lopez said.  “But the numbers are going up, and in just three months.”

Learn more about MCN’s Centers of Excellence program at http://www.migrantclinician.org/services/initiatives/occupational-health.html.