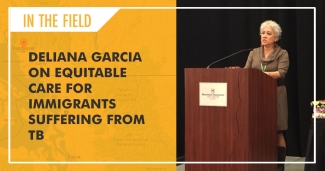 In The Field: Deliana Garcia on Equitable Care for Immigrants Suffering From TB

In The Field: Deliana Garcia on Equitable Care for Immigrants Suffering From TB 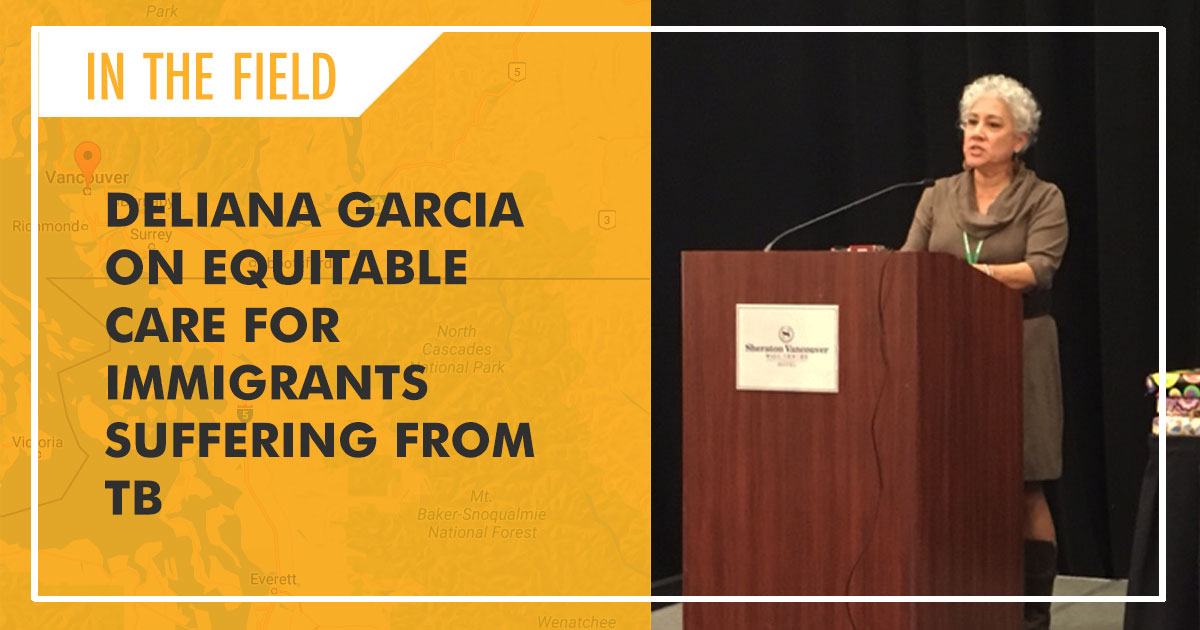 To effectively mobilize many tuberculosis patients, we must take into account the environment that may hinder their ability to step forward and self-advocate. That was one of the messages from MCN’s Deliana Garcia, Director of International Relations, Research, and Development, that she presented as a member of a well attended panel at the 21st Conference of The Union North America Region. The three-day event, held last week in Vancouver, Canada, was the regional conference of the International Union Against Tuberculosis and Lung Disease, known the world over as The Union. Garcia was the only member on the panel representing a non-governmental organization.

The conference comes at a “tipping point” in TB, says MCN’s Chief Medical Officer, Ed Zuroweste, MD, who was also in attendance. Last year, the World Health Organization reported an increase in worldwide cases of TB and more deaths from TB, most likely and primarily the result of better reporting from countries like India. TB now has the dubious distinction of being the deadliest infectious disease in the world, surpassing HIV. At the same time, funding has dried up and research has been halted. “Almost two million people are going to die of TB this year, when nobody should die of TB,” Dr. Zuroweste noted.

The Union strives to elevate the fight against TB to effectively combat a disease that is curable and yet remains so deadly.

“There was this statement put forward: Why couldn’t we mobilize people affected with TB the same way that we could with people affected by HIV?” Garcia noted. Many are pushing to replicate the successes of the fight to end HIV, which has seen a drop in infection and mortality rates in the last 30 years. Should we attempt similar strategies? “Absolutely -- but there’s an important difference,” Garcia said. Her presentation, entitled, “At the Intersection of TB and Migration: Challenges, Strategies, and Successful Care,” asserted that those affected by HIV who mobilized to get more resources for care and a cure had “wealth, education, and capacity -- and a clear belief that they deserved the system to be responsive to them,” Garcia noted. In contrast, those suffering from TB are likely poor, less educated, and bombarded with the society-wide perspective that they are undeserving of additional care. “It makes it quite hard for us to do our work, because essentially you have a group that is undesirable, with an undesirable disease,” Garcia said.

Garcia focused on MCN’s Health Network as an element that supports treatment of mobile populations. She also spoke of the environment in which our work was developed and in which we continue to function.

“The political debate around health care -- it continues to say that health care is not a right, but a privilege, something that can be purchased,” Garcia noted. Until health care is recognized as a basic human right, vulnerable populations like immigrants and refugees will continue to be marginalized and unable to access equitable and affordable services to prevent and treat curable diseases like TB.