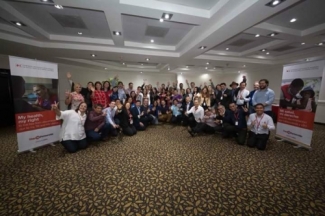 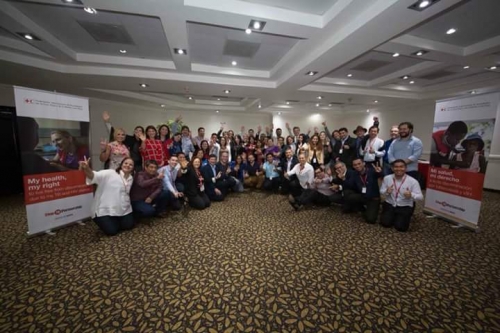 In the leadup to the 2016 summer Olympics, migrants arrived in Brazil in droves to build the infrastructure necessary to host the games. After the work was completed, many migrants, particularly from disaster-torn Haiti and economically depressed parts of West Africa, began a very long journey north. Along the way, most spent the meager savings they had. Many died. And some of them made it to the US-Mexico border.

By the end of 2016, hundreds of migrants -- sleeping in the street, lined up for meals at local food banks, and looking for work -- had arrived in Tijuana, Mexico. After such an extreme and lengthy journey, some needed health services. Tuberculosis was a growing concern due to the crowded conditions. But, by and large, Mexico does not receive the same kind of support as other countries fighting TB, despite their urgent needs.

Garcia headed to Panama this week for the Building Stronger Partnerships for Tuberculosis and TB/HIV Co-Infection Advocacy in the Americas meeting, hosted by the Federation of International Societies of the Red Cross and Red Crescent and the Stop TB Partnership and attended by regional players from across the Americas.

The group aims to build a stronger alliance of advocates on TB and TB-HIV coinfection among Latin American countries, in anticipation of a UN high level meeting on the subject of TB scheduled for 2018. The overall goal is to improve the response to TB prevention, diagnosis, and treatment in the region as they grapple with persistent human migration in the face of poverty, political upheaval, climate change, violence, shifts in communication, and better opportunity elsewhere.

“The incredible level of commitment on the first day was inspiring and motivating for all present,” Garcia said. “While we know that TB is the infectious disease that kills the most people in the world, we understand that the most deadly disease is indifference,” Garcia said, emphasizing that this message was delivered by several of the speakers. Garcia continues her work in Panama through the end of the week.