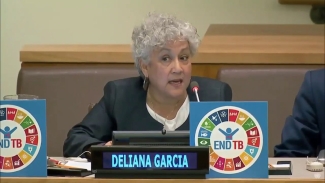 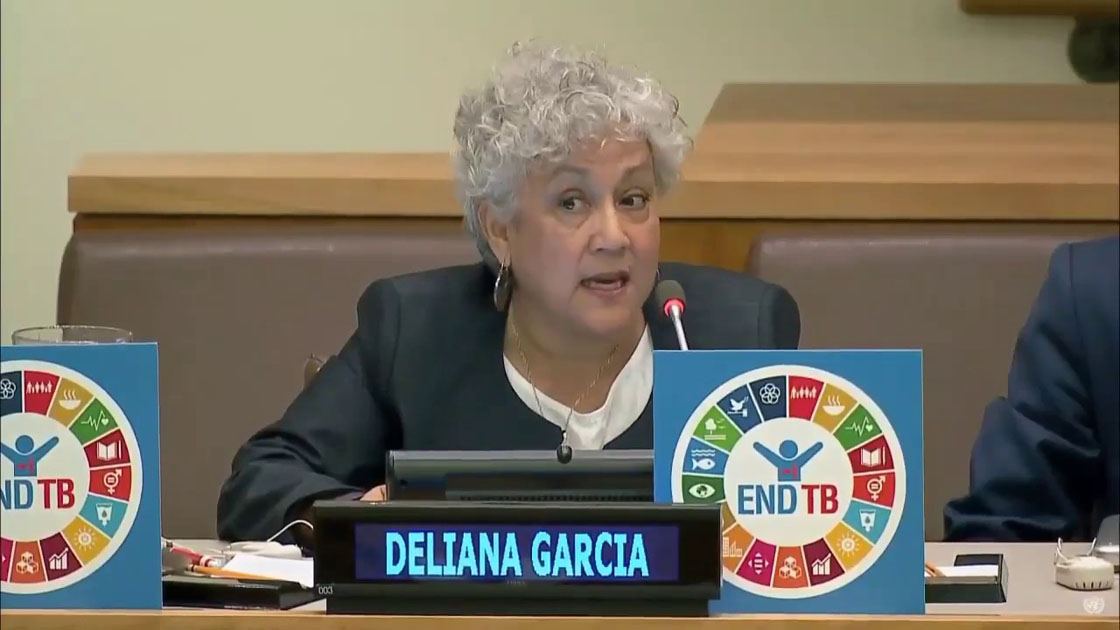 Last week, Deliana Garcia, MCN’s Director of International Development and Emerging Issues, spoke at the United Nations to press for fair and equitable treatment of migrants with tuberculosis as the UN prepares for the first-ever High Level Meeting on TB in September. The panel on which Garcia spoke, one of four included in the Interactive Civil Society Meeting, emphasized the need for an equitable, person-centered, and rights-based response to tuberculosis from the international community with the ultimate goal of ending the ancient disease.  Garcia illustrated the difficult day-to-day life of migrants and emphasized that a patient’s mobility should never be a barrier to tuberculosis treatment.

Here’s an excerpt from her speech:

“I have learned a great deal from the many individuals from across the world with whom I have worked. First, that the decision to launch oneself into the unknown is never made lightly. It may not be a choice made with the level of certainty and planning that many of us would deem essential and it is often made under threat of violence. Second, that the goal of survival can be completely undone by illness and those affected with tuberculosis often weigh seeking care for a treatable and curable disease with the danger of losing their livelihood, their home, and their tenuous connection to a social network cobbled together among soul also struggling to survive and fearful of anything or anyone that could knock them off of their path.

"Third, that the pain of stigma and mistreatment at the hands of a fellow human being can damage a fragile sense of self beyond recovery. To be considered the “other” and found to be undeserving by someone whose circumstances could so easily be changed by weather, war or world forces beyond their control, can shake the person’s very sense of humanity.

“And most importantly, migration need never be an impediment to health.”

Garcia empathized with those who struggle to maintain treatment in the face of deportation, and lamented over the lack of sufficient funding in the Americas, leaving some countries without even first-line medications against TB -- but she emphatically stated that, even in the midst of hopelessness and setbacks and economic strife, TB can be cured, when there is the political will and the necessary funding for effective national programs and community health projects.

Garcia’s speech was one of several on the panel that pushed for a worldwide TB response that is guided by the principles of human rights. After the presentations, the panel drafted a paper that will be forwarded on to the country facilitators of the full high-level General Assembly meeting on TB in September. The panel strongly encouraged the General Assembly to produce a political declaration that shifts the paradigm of TB response to one that is guided by principles of human rights, and is both gender-sensitive and people-centered. The group calls for equity in TB response, with the needs of marginalized and vulnerable populations like migrants to be called out and elevated, to assure that the voices of the most affected and that of civil society are included in the debate around TB.

“The path forward will not be easy, but you have as your allies those who have been affected by tuberculosis and survived. Civil society and affected communities stand ready to meet the challenge and work with governments and other stakeholders to put an end to TB,” Garcia stated. “Do not exclude them, because they are watching and prepared to act -- invited or not.”