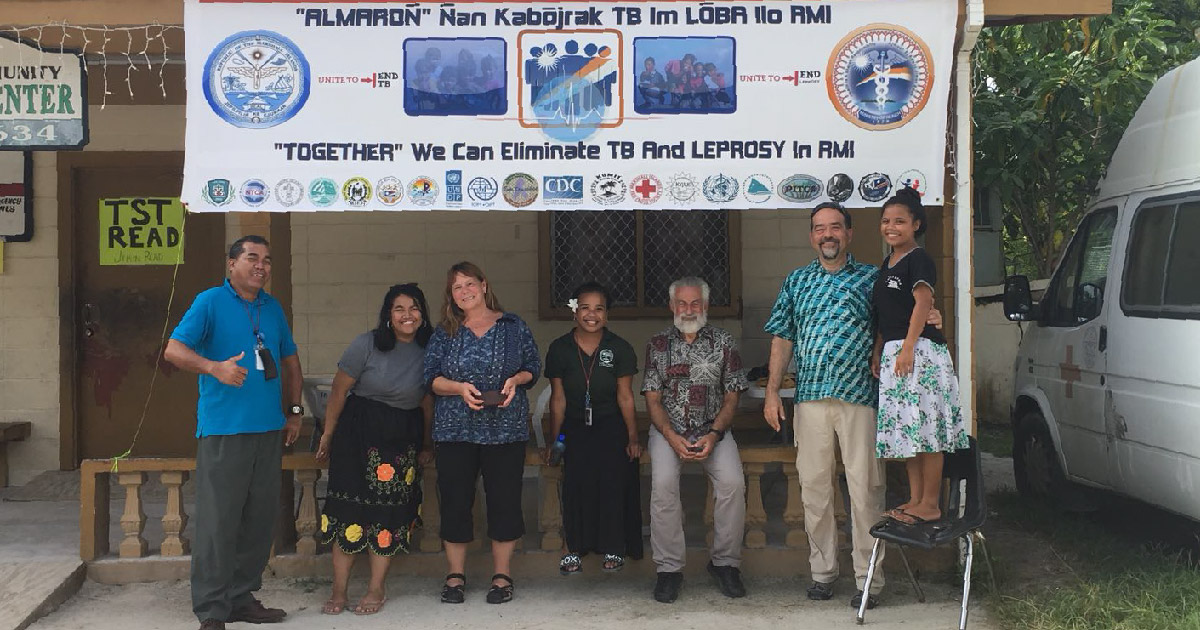 Every morning for three weeks, MCN’s Co-Chief Medical Officers, Ed Zuroweste, MD, and Laszlo Madaras, MD, woke up early in Majuro, the capital city of the Marshall Islands, and went for a run. Despite the scenery -- a gorgeous atoll with white sand beaches and nodding palm trees -- the duo did little else for the day that would constitute a vacation.  As volunteer physicians, they drove to a community health center an hour west in the town of Laura to work six days a week, often for 12 to 16 hours at a time, with a team of clinicians dedicated to one goal: eliminating tuberculosis from the entire island.

“The project was started because, by World Health Organization standards, the Marshall Islands ranked twelfth in the world for incidence of TB,” explained Dr. Zuroweste.

He had participated last year in an effort to screen and treat all adults on the nearby Marshall island of Ebeye with active TB.

This current project -- a 24-week closely coordinated effort of eight groups of volunteer clinicians paired with local clinicians -- had a much broader scope. They aimed to screen the entire population of the island for active TB, TB infection, and leprosy, and  provide treatment for all three conditions. Additionally, any patient with TB infection or active TB disease was screened for diabetes. (Those with diabetes and TB infection have a higher risk of the TB infection going active; those with active TB and diabetes having a higher risk of mortality.) By the time Dr. Zuroweste and Dr. Madaras completed their portion of the project on the island, over 70 percent of the population had been screened. The effort is unprecedented.

“Anytime you have TB incidence that’s over one percent, it’s been shown to be cost effective to screen the population for the disease. [In the Marshall Islands] we’re at 1.5 percent,” Dr. Zuroweste noted. The Marshallese government put up majority of the dollars for the effort, with additional sponsors and organizations bolstering the effort. The World Health Organization provided funding for medications.

Over the first 15 weeks of the project, 250 active cases of TB were diagnosed, an incidence rate of over 1,400 cases per 100,000, in contrast to the US’s incidence rate of 2.8 per 100,000. Most of the new active TB cases did not have a positive sputum, indicating that the medical teams were uncovering the cases before they became infectious. Among the estimated 4,500 cases of TB infection that the teams will uncover by the time the project is completed, roughly 22 (or, five percent) would typically become active TB within the next two years, demonstrating the significant short-term implications of the work. And the long-term implications? “We won’t know for ten or 15 years what the effect this project will have, but the theory is that we will greatly decrease the TB incidence,” Dr. Zuroweste predicted. 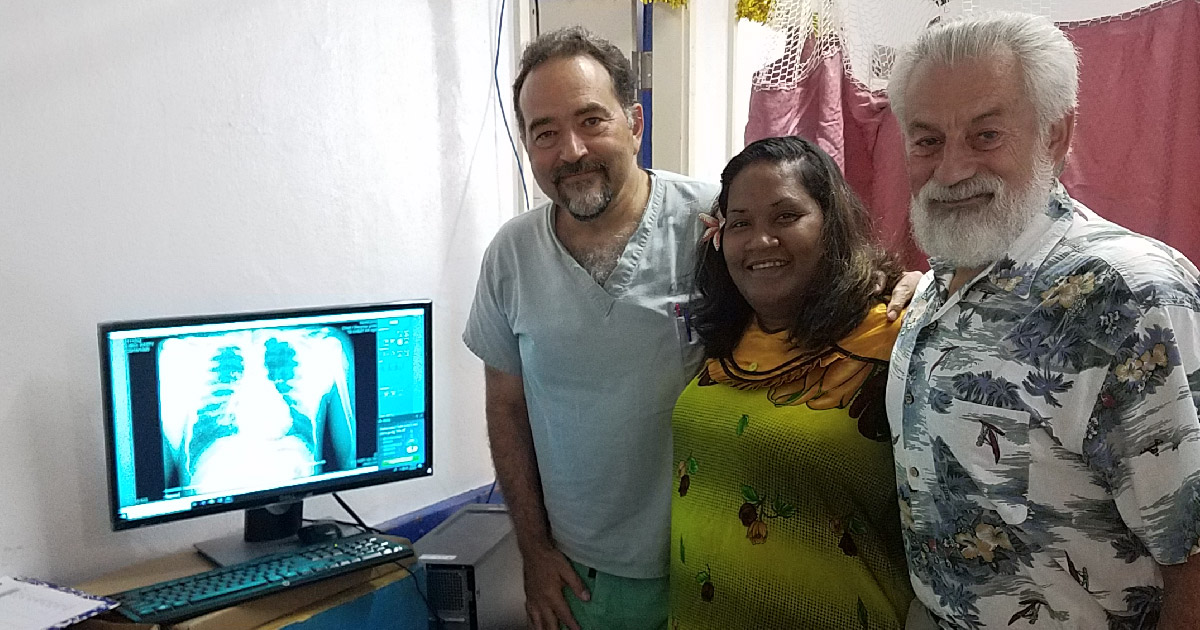 The drop in TB cases is likely to be felt in the mainland US. In Arkansas, a state with one of the highest incidence of TB, a significant number of cases are Marshallese. “If you eliminate it at the origin,you’re going to have downstream effects,” Dr. Zuroweste said.

The project will also have an effect on leprosy, another disease for which the islands have a high incidence.  The teams diagnosed 46 new cases of leprosy, and provided treatment.

In addition to the unprecedented effort, both Dr. Zuroweste and Dr. Madaras were impressed with the careful orchestration of the effort. Every morning the full team -- comprised of Drs. Zuroweste and Madaras, the Marshallese TB doctor, two other US physicians who were staffing the other screening site in the center of town, a radiologist from Nigeria, two Australian physicians who were the co-leaders, a physician from the CDC, and other local clinicians -- gathered for an hour to review all the X-rays that were in any way questionable; the group collectively decided whether the case was active or latent, or if more information was needed. Drs. Zuroweste and Madaras also commended the extensive outreach, which included billboards, radio, and newspapers, and organized boat runs and buses for people who needed to get to the clinic from more remote areas.

Dr. Madaras was grateful for the kind reception of the Marshallese and impressed by the efficiency of the international teams.  “It was very well organized,” Dr. Madaras contended. “We took over the local community health center to do this project, but the primary care provider at the site didn’t feel inconvenienced; he was happy to be a team player. As we treated for TB, if we diagnosed anything else, he was in the office next door, so we had a doctor who we could turn to right away for things like diabetes and high blood pressure. In this way, very little fell thru the cracks.”

Both Dr. Madaras and Dr. Zuroweste were impressed with the patients’ responses to treatment. Among their team’s 460 patients who were diagnosed with TB infection, nearly 100 percent chose to begin treatment on the day of diagnosis -- something the duo have never seen in their TB clinics in the states. “The patients were very interested, wanted to learn more,” Dr. Madaras noted, pointing out a history of mistrust surrounding atomic testing in the area after WW2  that could have influenced trust in the international crews, but didn’t.  “People were very generous, humorous, compassionate.” Perhaps part of the treatment compliance, he speculated, were a combination of the way the clinicians explained the illness and the larger problem, and the fact that most people had known someone with TB.

The project will continue through November 2018, when most of the patients who had been diagnosed with active TB or TB infection will be completing their treatment in that timeframe. In the case that some have not finished at the project completion date, their care will be transferred to their local Marshallese clinician, who serve the islands year round.