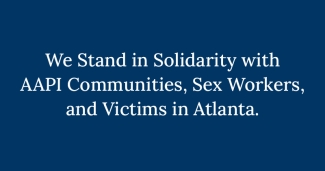 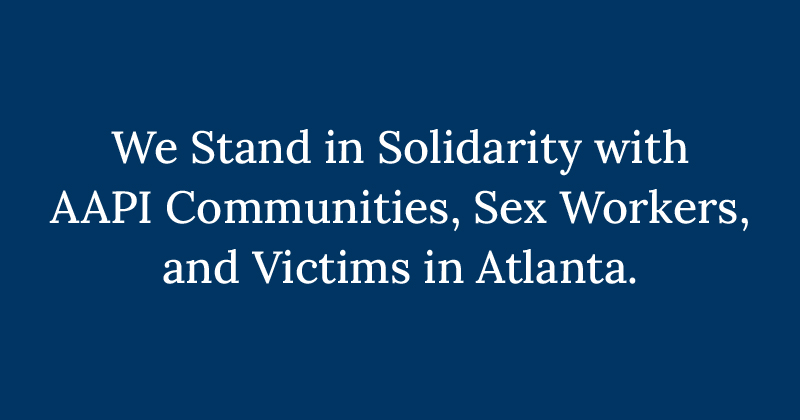 Migrant Clinicians Network mourns with the families of the eight people killed in Atlanta this week during a mass shooting that appears to have primarily targeted members of the AAPI (Asian American and Pacific Islanders) community. The killings emphasize how Asian women in America are frequently objectified and sexualized, which makes them vulnerable to violence. Early reports indicate that the shooter claimed he targeted these massage parlors because of a sexual addiction, a “temptation he wanted to eliminate,” insinuating that the parlors offered sex services, although this is unconfirmed.  Sex workers lack basic legal protections to keep them safe on the job, and face numerous and overlapping health concerns as a result, including violence at the workplace. While details are still emerging, it is clear that this shooting is in line with the rise in anti-Asian violence that has occurred since the pandemic began and preyed on vulnerable populations that lack basic protections. We stand in solidarity against racism and strongly condemn such violence and hate.

“MCN strongly condemns anti-Asian sentiments that are growing, and likely have contributed to this terrible act of violence,” said Karen Mountain, CEO of Migrant Clinicians Network. “All people should feel safe at work, safe in their communities, safe at home. Racism has no place in our communities.”

This tragedy will have health consequences not just in Atlanta but across the country. Racism is a social determinant of health.  This goes beyond the direct effects of hate crimes. Racism, sexism, and discrimination are closely linked to social, environmental, and economic disadvantages, which increase the risk of numerous health concerns, from clinical depression to obesity and heart disease. Structural racism and racial bias continue to be rampant in health systems, leading to discrimination within the health system itself and in some cases resulting in poorer care for non-white patients.

“Racism and anti-sex worker sentiments go hand-in-hand: they both demean the lives of some while elevating others,” clarified Mountain. “All people -- regardless of their race, ethnicity, immigration status, occupation, sexual orientation – deserve their basic human rights, deserve to be safe from violence. As a nation, we must push to end such violence so that all of us can lead safe and healthy lives.”