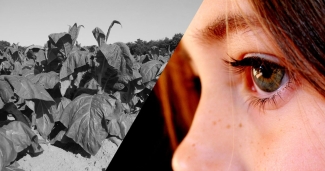 “On May 5, the FDA announced new regulations prohibiting the sale of e-cigarettes to children under the age of 18. In announcing the new regulations, the Secretary of Health and Human Services stated, ‘We’ve agreed for many years that nicotine does not belong in the hands of children.’ We agree. --Letter to President Obama, July 16, 2016

Last month, Migrant Clinicians Network joined dozens of organizations in a letter to President Obama, calling for an end to child labor on US tobacco farms. The letter, organized by the Child Labor Coalition, urged the Administration in its final months to enact immediate legislation to ban children from working in direct contact with tobacco, ensure targeted enforcement, and improve data collection on labor in the tobacco industry.

The health reasons for such a ban are incontrovertible. In the US’s tobacco fields, workers of any age are susceptible to Green Tobacco Sickness, an acute nicotine poisoning from handling tobacco plants, which results in vomiting, nausea, headaches, and dizziness. Children may be even more susceptible to Green Tobacco Sickness, due to their smaller body size relative to the nicotine dose to which they are exposed. Children may have lower tolerance to nicotine as compared to adults who have long worked in the fields. Additionally, children may lack the knowledge about ways to protect themselves from nicotine exposure. Long-term effects of this type of nicotine exposure is unclear, although smoking tobacco during adolescence is well known to cause numerous adverse long-term health effects including cancer.

In 2014, Human Rights Watch released a report, which included interviews with child workers, aged seven to 17. Most reported illnesses from working in the field that correlated with symptoms of Green Tobacco Sickness or nicotine poisoning. Many worked for 50 to 60 hours a week. To protect against tobacco exposure, some children reported that they brought plastic trash bags to wear over their clothes, which can lead to heat stress in summer’s high-heat environments. Some children recounted few rest breaks, unavailability of water, pesticide exposure, and lack of health education, safety training, or personal protective equipment.

Since the scathing report was released, thousands of children have continued to work on US tobacco farms, as three tobacco harvest seasons have gone by without any new legislative protection to protect child tobacco worker health and safety. We at Migrant Clinicians Network call on President Obama to protect the health of these vulnerable workers by ensuring that children do not work on US tobacco farms.

Take action: Reid Maki at the Child Labor Coalition (follow them on Twitter) asks us to call our local legislators and ask them to cosponsor the bills that would ban child labor in tobacco. H.R. 1848 in the House of Representatives, and its partner bill in the Senate, S. 974, each amend the Fair Labor Standards Act of 1938 to prohibit the employment of children in tobacco-related agriculture. Find contact information for your Representative and your Senator. And be sure to share on social media.