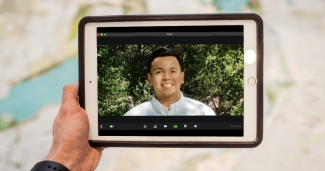 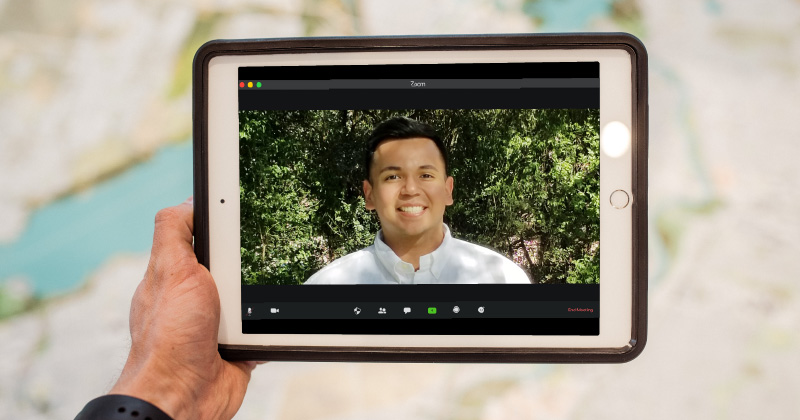 Last year, Health Network Associate Luis Retta received a call from a nurse at a Pennsylvania health department who was concerned about her patient, Li Jun Wang,* a 20-year-old university student who had recently started treatment for tuberculosis.  Wang was planning a 1.5-month trip to several regions in his home country of China. As he would be traveling throughout the trip, visiting friends and family, he would not be able to attend one clinic to complete directly observed treatment (DOT).  DOT is a process by which a designated trained worker watches the patient take medication as directed, ensuring the continuation of treatment and thereby decreasing the risk of drug resistance resulting from erratic or incomplete treatment. With a health concern like TB, where drug resistance is rampant and dangerous, DOT is an important tool, but one that can be difficult to utilize if the patient does not remain geographically stable.

The nurse, who had just enrolled Wang into Health Network, said she worried that he would have to find a clinic. But Wang’s expected travel would complicate his ability to continue DOT at one clinic to continue treatment. He would need medical records forwarded to each clinic, every time he traveled, every week he was in China. The nurse particularly worried that, if he attended another clinic in China, Wang might be prescribed a different TB medication. “That was a big red flag for us,” Retta said. “If you switch medications, you could develop a resistance to certain medications. But, if we pushed for him to continue the medication he started with, he might not be able to get that medication in China – or we might not be able to get the medical records to a clinic there in time” for the local Chinese clinicians to know what his drug regimen had been.

“She was over the moon about it,” recalled Retta. “By Health Network providing the video DOT, she could give the patient all the medications needed for his break [from school].”  With the medication in hand, Wang wouldn’t have to find and attend new clinics every week; instead, he would meet in a secure private room with Retta to complete DOT every day, regardless of his location. Virtual DOT would decrease time and effort required by the patient, the enrolling clinic, and Health Network.

Before Wang left, the nurse prescribed Wang enough of his medication to cover his six weeks of travel. Retta got Wang a paper copy of his health records and talked him through the necessity of keeping DOT even while traveling. Wang confirmed that he was able, despite frequent moves, to adhere to the DOT. “The only thing we did have to do while he was in China was find a physician to follow up with for a blood exam,” Retta explained, as a precaution to ensure that Wang didn’t have any adverse reactions to the medication while traveling.

Although virtual DOT reduced many obstacles to continuing treatment, Health Network had to contend with a 13-hour time difference. “His 10pm was my 9am,” Retta recalled. “We learned as case workers to make sure there’s nothing that would affect you being able to communicate with the patient – not meetings, not time zones,” so Retta logged in every morning, Monday through Friday, for six weeks. Retta, who had been taking pre-med courses at the University of Texas, arranged his schedule so that he would be in a private location to perform the DOT, despite his busy work and school schedules.

Wang spoke English well, which reduced communication barriers with Retta, and Wang adhered closely to his DOT schedule, despite frequent travels. In addition to performing the DOT, Retta took advantage of the daily check-ins to ensure Wang was continuing to respond well to treatment. Wang shared his travels with Retta, who got to live vicariously through the traveler; the two connected well, as both are university students. Throughout the six weeks, Wang and Retta were unable to make the virtual DOT just twice, due to technical difficulties. “I had to report that on our notes. He said he took the medications, but I didn’t observe him taking it,” Retta recalled. Two other times the daily call was rescheduled and the DOT occurred at a later hour.

At one point, Wang had gone on a hike with friends, and was startled when his heart rate increased and he sweated profusely. Wang consulted with Retta, who encouraged him to visit a physician. Wang took Retta’s advice and quickly headed into a local clinic. The clinician there found that Wang was simply recovering from his hike, and his health was uncompromised, to the relief of both Wang and Retta.

After six weeks of virtual DOT, Wang returned to the US. Retta forwarded Wang’s health records back to the enrolling nurse’s health department, including results from a blood exam in China and confirmation of and notes on the virtual DOT that Retta had provided. Shortly thereafter, Wang completed is TB treatment at his local health department.

Virtual DOT does not always work so smoothly, Retta noted. One former patient, also a university student with TB who was traveling, met with Retta daily for virtual DOT for one week, and then Retta lost communication with him. “He wouldn’t respond to my emails. We’d try to call, we’d set up late calls, early calls – trying at different times,” he recalled. Eventually, the patient returned to the US to continue his studies, and the nurse at the health department called the university to confirm that he had begun his classes. “He had to come back into the health department and restart treatment,” Retta concluded. Yet, Health Network’s ability to provide virtual DOT for patients who are traveling or migrating secures another important tool in the Health Network toolbox to prevent migration from being an impediment to health.

“Health Network has a three-decade track record of success. It is run by a committed group of Health Network Associates who are mobile international case managers,” explained Laszlo Madaras, MD, MPH, Chief Medical Officer of MCN. He works closely with the Health Network team, overseeing their work and reviewing cases as a physician.

Dr. Madaras noted that Health Network’s innovative and flexible responses to migrating patients have helped mobile patients complete TB at a rate very similar to those who are not mobile. “The success of the program relies on our multilingual staff, who are friendly and responsive, and willing to work odd hours to accommodate our clients' various international time zones,” Dr. Madaras concluded.

Clinicians can attend a Health Network webinar to better understand how to enroll patients. Patient enrollment is free of charge, but patients can only be enrolled if their clinician enrolls them. Watch our upcoming webinars page to find one of our regular trainings on Health Network or contact Theressa Lyons-Clampitt, Senior Program Manager of Training and Technical Assistance Coordinator, at tlyons@migrantclinician.org or 512.579.4511, to set up a training.