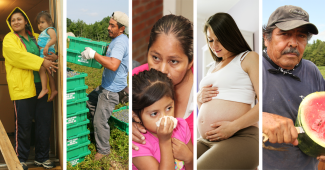 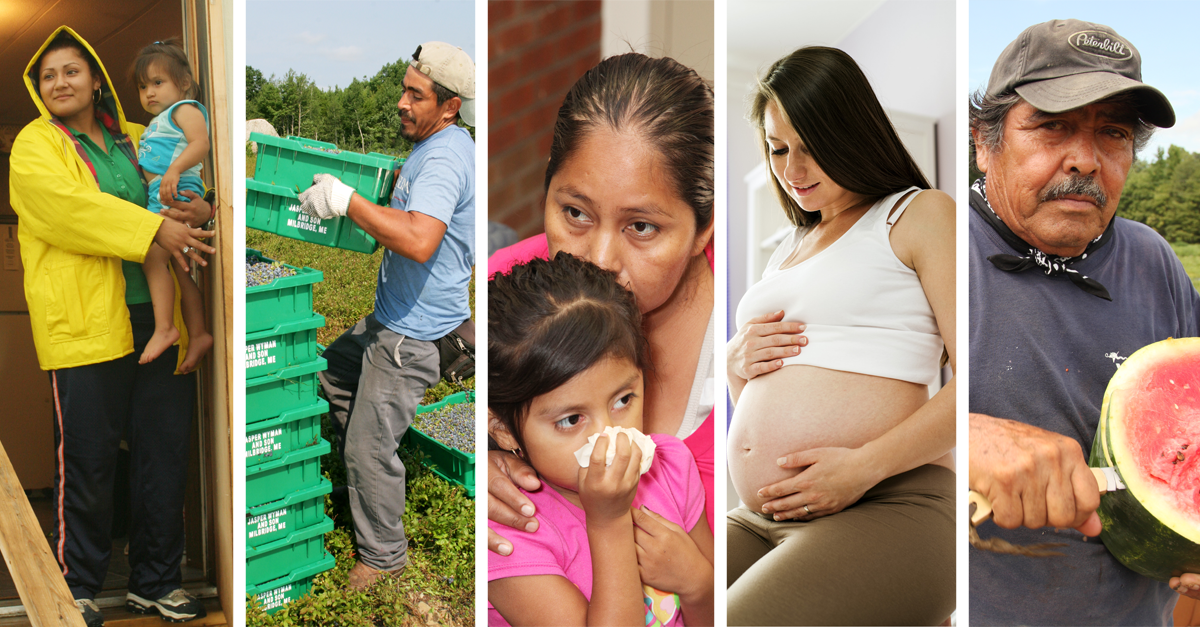 2016 is just days away -- it’s time to review the year’s hard work. Here, we celebrate MCN successes in the fight for health justice. Learn more about MCN’s advocacy efforts in Advancing Health Justice, our overarching statement on how we engage in advocacy work. In this post, we review each of our top priorities from our 2015 Advocacy Agenda.

Migrant Clinicians Network (MCN) works to engage members of our clinical network and all relevant stakeholders to advance health justice for the mobile poor through three primary arenas: access to health care, worker safety and health, and immigration reform. In 2015, Migrant Clinicians Network identified eight topics within these arenas to focus our time and attention. Here are some of the results of MCN’s advocacy efforts in 2015.

MCN is dedicated to the health and well-being of all immigrants, including those who have recently crossed the border. In 2014, tens of thousands of mothers with children and unaccompanied children arrived at the US-Mexico border, in what was deemed a “border surge.” In an effort to better understand border surge immigrants’ health needs as they arrive at health centers across the US, we launched a three-part blog series, the highest viewed blogs of the year. (View parts one, two, and three on our blog.) The first of the series, focused on children at residential facilities in south Texas and the pre-, peri- and post-migration trauma they experience, was republished on TruthOut. In 2016, MCN will continue to advocate for the health needs of this mobile and vulnerable population.

In 2015, MCN continued to push for a long-awaited revision to the Environmental Protection Agency’s Worker Protection Standard. Our social media campaign in February called on the EPA to implement revisions quickly.  In June, MCN’s Amy Liebman and Kerry Brennan joined farmworkers to provide testimonials to decision makers in Washington, DC to share the real-life health consequences of pesticide exposures that result from insufficient pesticide protections. In October, MCN celebrated the release of the revised WPS. Soon after, New Solutions published “Farmworkers Make Their Voices Heard in the Call for Stronger Protections from Pesticides,” an article featuring the stories of farmworkers that demonstrated the importance of a stronger WPS, compiled and edited by MCN’s Kerry Brennan. In 2016, we will turn our attention to implementation and enforcement of the revised standard, and we will continue to support health centers in recognizing and reporting pesticide exposure.

MCN recognizes that CKDnT is an emerging issue for US health centers. The disease has reached epidemic proportions in Mesoamerica, concentrated among young men from Mexico and Central America, who make up a sizable portion of the US migrant worker population. MCN’s working group on CKDnT, headed up by MCN’s Deliana Garcia, met regularly to delve deeper into the issue in the US. In November, MCN called on clinicians to let us know if they have seen CKDnT in their health centers through a short survey. MCN will continue to assess its prevalence in health centers in the US and look at disease progression and treatment availability among migrant and other underserved populations.

In April, MCN’s Dr. Jennie McLaurin provided testimony to Washington State legislature’s Health and Wellbeing Committee on the dangers of pesticide drift for rural communities.  These educational efforts are aimed towards legislation requiring that neighboring communities be notified when there is potential pesticide drift exposure. In February, MCN’s Amy Liebman published a piece in TruthOut about the health risks of pesticide drift and how to prevent it. She also wrote about the continued agricultural use of methyl bromide. In 2016, MCN will continue work to support Washington State efforts to protect workers from drift.

In January, MCN’s Dr. Jennie McLaurin contributed to an amicus brief to the Washington State Supreme Court to present the health and safety risks to piece-rate farmworkers who are denied paid rest breaks. In June, we celebrated a victory when the Court determined unanimously that these farmworkers deserve paid breaks!

MCN’s Dr. Jennie McLaurin continued work with the Washington State Department of Health Anencephaly Advisory Committee, to evaluate the causes of an increased rate in this very rare and fatal birth defect in eastern Washington State. Her blog post in honor of Birth Defects Awareness Month explored the high rates of anencephaly in rural Washington communities.

In March, MCN’s chief medical officer Dr. Ed Zuroweste was one of seven experts who heard and responded to testimonies of Latina women struggling to access reproductive health care in the Lower Rio Grande Valley of Texas bordering Mexico. The testimonies detailed barriers to receiving care for obstetric and perinatal needs and cervical cancer, and were shared with legislators. In October, Dr. Zuroweste co-wrote an op-ed in the Austin American-Statesman on Blanca Borrega, an immigrant who lacks authorization to live in the US who was arrested at her gynecologist’s office for presenting suspicious identification. In November, MCN co-hosted the First Annual Women’s Conference with the theme of “Gender, Migration, and Community Leadership.”

Thank you to our vibrant community for the ongoing support. We couldn’t have gotten this far without you! We look forward to continuing to fight for health justice for the mobile poor in 2016.

Support MCN’s programs and efforts with a year-end tax-deductible donation. Between now and December 31st, your donation will be matched dollar-for-dollar!