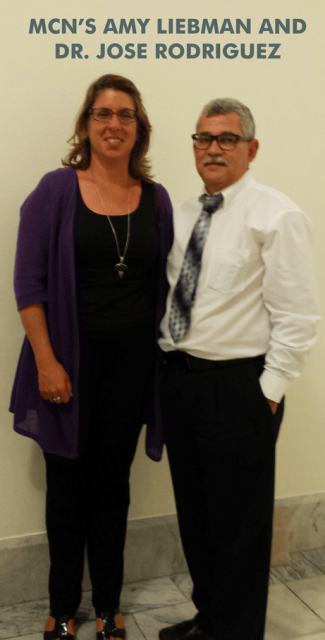 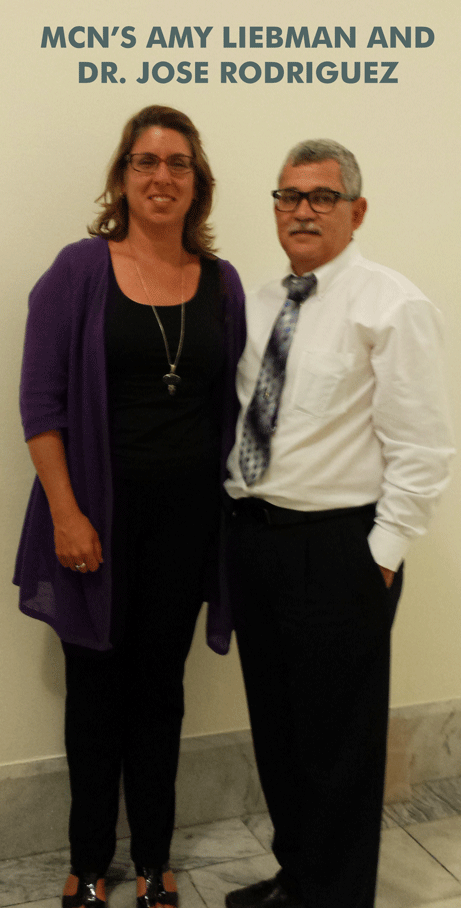 In the countdown to the finalization of the Agricultural Worker Protection Standard, what farmworkers and migrant clinicians want to share with the Environmental Protection Agency (EPA) is what it’s like to be exposed to pesticides as a child and retaliated against as an adult for seeking medical help when exposed to pesticides. Currently, a child can mix, load, and apply pesticides and workers can be fired from their job because they asked for medical attention when dealing with numbness and difficulty walking after being repeatedly exposed to pesticides at the nursery where they worked. These farmworkers came to Washington, DC, to raise awareness about realities in the fields, and to advocate for a stronger Worker Protection Standard to better those realities.

MCN’s Amy Liebman and Kerry Brennan joined these farmworkers and several farmworker advocacy organizations. The group also featured clinicians talking about the limited clinical tools they have to diagnose and monitor pesticide exposure in their farmworker patients. Clinicians also emphasized how community health centers are well positioned to provide outreach and education to patients on the health effects of pesticides. Sandy Young, FNP, spoke of indigenous workers in Oxnard, California, and the limited resources they have to understand the chemicals they work with. Jose Rodriguez, MD, from Puerto Rico, emphasized that clinics need to integrate the prevention, recognition, and management of pesticide poisonings into their practice, which his hospital did through MCN’s Workers and Health program. (Cool sidenote -- both clinicians were featured in MCN’s 30 Clinicians Making a Difference.)

The Worker Protection Standard is an EPA regulation to prevent agricultural workers’ exposure to pesticides. The EPA’s proposed changes to the WPS, which the agency announced in February but has yet to implement, are exciting and far-reaching. Knowing that the standards are rarely updated -- it hasn’t been touched for many years -- health justice advocates are taking a stand to ensure the most relevant and effective protections are included. Stronger rules are still needed to address training needs, pesticide drift, early entry restrictions, medical monitoring, emergency assistance, and whistleblower protections. We are also asking that EPA establish a minimum age of 18 for pesticide applicators.

Want to hear more? Our Summer 2015 edition of Streamline will feature a full breakdown of the goings-on for the Farmworker Fly-In. For now, check out our photos from the day.