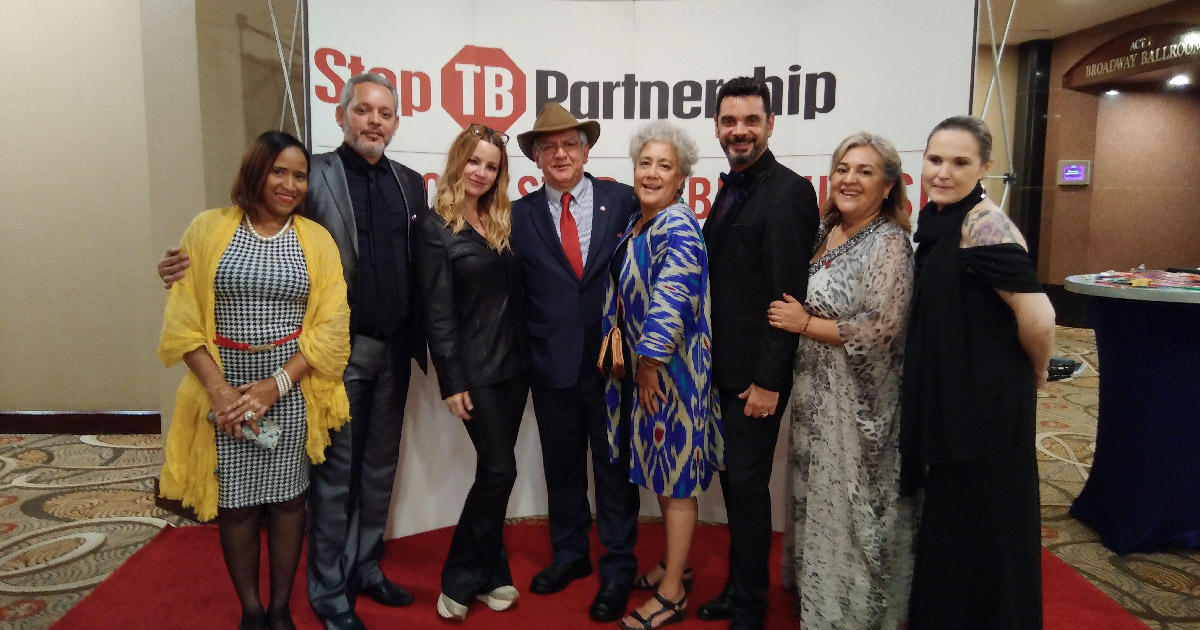 Migrant Clinicians Network’s Ed Zuroweste, MD, Co-Chief Medical Officer, and Deliana Garcia, Director of International Projects and Emerging Issues, arrived at the United Nations for the first-ever UN High Level Meeting on Tuberculosis. Just one day after the opening of the General Assembly, the High Level Meeting brought together hundreds of infectious disease experts, world leaders, TB survivors, and health advocates for a full-day meeting that culminated in the declaration of the ambitious target to eliminate tuberculosis by 2030, signed by the nations of the world. The unprecedented step was met with celebration, and with eagerness to use the declaration as a starting point for lasting change -- if nations, foundations, and advocates will heed the call and step up their political and financial dedication to the cause. 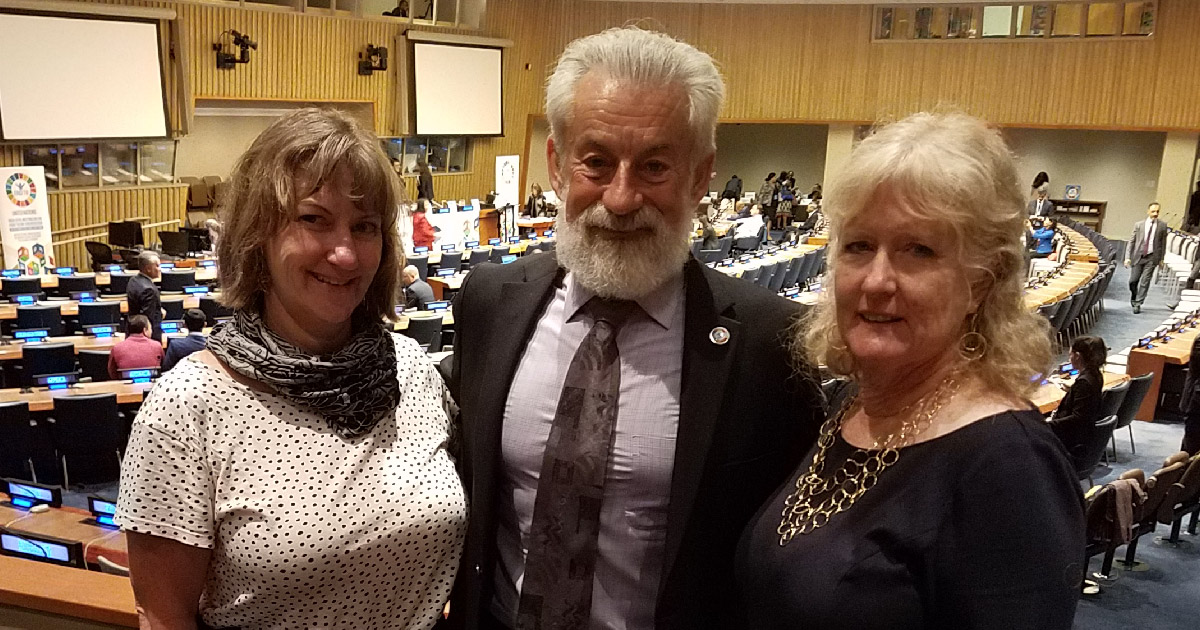 “TB kills more people than AIDS and malaria combined, and yet each of those [infectious diseases] receives much more funding than TB does. It’s a huge problem that’s going to take lots of resources to solve,” Dr. Zuroweste noted. “There can be significant breakthroughs that can make elimination feasible -- if we developed a good vaccine or better medicines -- with more research, and we can lessen current infection and disease with the medicines we already have. But only if we put the resources behind it.”

“Such an agreement across countries makes a strong statement about political will,” Garcia added. “It gives advocates something to bring back to their countries. The declaration doesn’t make [TB elimination] a reality -- there are no guarantees. It will require that advocates of all levels, including health care providers, push for it. But this creates a platform for that future work to be done.”

Dr. Zuroweste and Garcia arrived at their designated street corner outside the UN building in New York City for the multi-stepped security checks before finally settling in for the introductory remarks by heads of state from around the world on the floor of the General Assembly. After the opening session, Dr. Zuroweste remained in the main hall for further statements from various presidents, health ministers, and advocates, while Garcia headed over to two panel discussions. A keynote speech by Bill Gates, who spoke of the role of donors in TB elimination, was followed by panel discussions, one featuring Henrietta Fore, the executive director of UNICEF.  Dr. Zuroweste noted that TB survivors were also an important voice throughout the meeting, with stories given during the opening and closing sessions. 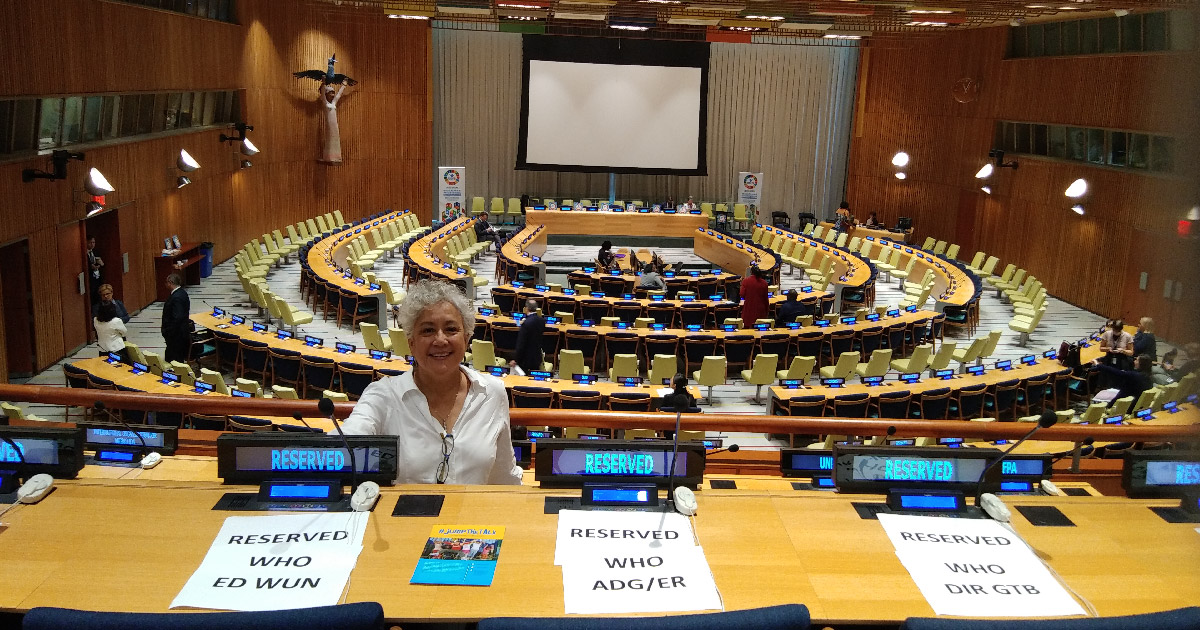 “I was really encouraged that the UN held this high level meeting,” Dr. Zuroweste concluded. “But the real question is: What will come out of it? What progress will we see in a year, or two years from now?”  Garcia forwarded on the meeting remarks from Nick Herbert, a Member of Parliament from the United Kingdom:

“The truth is that doctors know how to treat TB, but the world is refusing to pay for it. This isn’t a medical problem: it’s a shameful political failure. Today’s meeting and declaration are a unique chance to put that right. So let us, at last, mean what we say.

Let us decide – really decide – to beat TB, once and for all, by 2030. Let us put an end to the unnecessary death and suffering. And let us make sure that every government finds the will, and the resources, to honor this promise.”

World TB Day: A chance to transcend the debate and assure all people can access TB treatment

In the Field: TB Control in Kazakhstan

How Health Centers Can Tackle TB Infection, According to Dr. Zuroweste