Interested in Hombres Unidos?
Learn more about the workshops and what it takes to implement it by watching these four short videos:

Hombres Unidos Contra la Violencia Familiar is the first initiative aimed at the primary prevention of sexual and intimate partner violence in the Latino migrant community.  It is a peer-led, five session curriculum that  was developed through a multi year process that included research, design and development, implementation, modification, and evaluation.  Supported by the Centers for Disease and Control, Hombres Unidos was created with the help of expert members in Sexual and Intimate Partner Violence (s/ipv) prevention (known as the Leadership Consortium) and key staff from the MCN Family Violence Prevention Initiative.  Hombres Unidos has been implemented in  Illinois, Pennsylvania, and Florida, Arizona, New Mexico, Texas and Washington.

The objectives of Hombres Unidos are:

The current (and final) iteration of Hombres Unidos covers topics such as gender roles, defining s/ipv, the causes and consequences of violence and building skills to prevent and respond to violence are discussed.   Omar Fana Tavarez, a facilitator from Pennsylvania explained his gratification at seeing the participants share their comments on how the program affected them, saying "one man explained to the whole group that the workshops have truly affected him and that he thinks he is going to be a better father and husband when he reunites with his family."

In 2008, Hombres Unidos Contra la Violencia Familiar was selected for the Robert Wood Johnson Stregthening What Works Initiative, an initiative focusing on strengthening evaluation capacity and skills, providing an understanding of the processes and outcomes, and enhancing program sustainability for programs that focus on the prevention of intimate partner violence in immigrant and refugee communities.  Because of this initiative, MCN was able to strengthen their evaluation of the curriculum and changes in knowledge, attitude, behaviors, and beliefs as well as make minor modifications for desired outcomes to the curriculum.

In 2013, Hombres Unidos Contra la Violencia Familiar was selected as the recipient of the Mary Byron Foundation Celebrating Solutions Roth Award.  The Mary Byron Project is a national thought leader on domestic violence.  The Roth Award specifically recognizes Hombres Unidos as an innovative prevention program that addresses the needs of underserved populations.

Email us for more information! 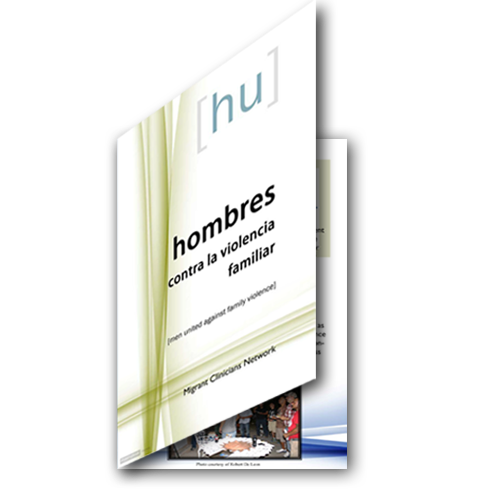