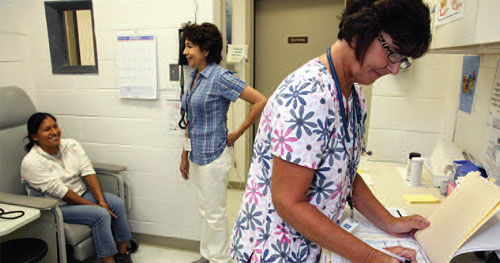 A study released in the Journal of Clinical Endocrinology and Metabolism determined that exposure to the endocrine-disrupting chemicals DDE and phthalates may “substantially” contribute to the highly common reproductive disorders in women, endometriosis and uterine fibroids, and result in significant economic and health care costs.

The researchers of the journal article, “Female Reproductive Disorders, Diseases, and Costs of Exposure to Endocrine Disrupting Chemicals in the European Union,” chose to focus on the two chemicals with the strongest existing epidemiological data in relation to female reproductive issues, based on peer-reviewed studies on exposure and disease in European women. DDE, or diphenyldichloroethene, is a metabolite of the long-banned but persistent organophosphate DDT, and was examined for its role in promoting the development of uterine fibroids, benign tumors on the uterus. Phthalates are plasticizers, a group of chemicals designed to make plastics flexible, and are also used in a wide variety of products including makeup and insecticides. They are implicated in the study for their role in endometriosis, wherein uterine tissue develops outside of the uterus. The researchers then estimated that costs relating to the two chemicals just for their role in fibroids and endometriosis — including direct costs like health care services and indirect costs like lost earning potential — total to 1.41 billion Euros each year, or roughly $1.58 billion.

Fibroids and endometriosis are common conditions affecting almost three-quarters of women. The painful conditions require treatment and/or surgery, and are leading causes of infertility. In a press release, one of the researchers called the findings the tip of the iceberg: “A growing body of evidence suggests [endocrine-disrupting chemical] exposure is linked to a broader range of female reproductive problems, including polycystic ovary syndrome, infertility and pregnancy complications,” said Leonardo Trasande, MD, MPP, Associate Professor of Pediatrics, Environmental Medicine & Population Health at NYU Langone Medical Center. “These disorders also place a significant cost burden on women, their families and society as a whole.” 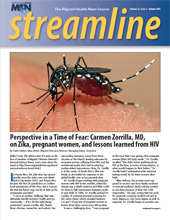 Read this article in the Summer 2016 issue of Streamline here!

Return to the Streamline Summer 2016 Table of Contents.