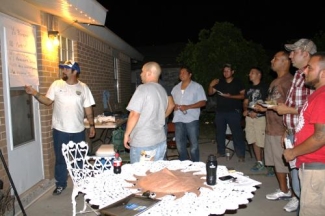 One of my colleagues at MCN has recently reminded us of the need to tell the stories of the people that we encounter and the work that we do.  So often we put our nose to the grindstone and don’t look up to appreciate and share with others the stories we hear of day-to-day struggles and success.  Fortunately, this past summer we had the pleasure of working with an intern from Chico State named Joel Zorillo who spent his time with us collecting stories to share.

The following account comes from a participant in MCN’s Hombres Unidos program.  The program trains migrant men to be advocates for violence prevention in their own communities.  It is one of MCN’s success stories as a program and we have good evaluation data to show significant changes in behavior.  But what it is really much more interesting and exciting to hear individual accounts like the one transcribed here.

Fernando Garcia (not his real name)

One day I was lying down, and I noticed that my wife had not come to bed. I went to the living room and found her crying on the sofa; I thought to myself, “Oh, someone must have died”. When I asked her what was wrong, she said: “Fernando your daughter has something important to tell you”. I turned to my daughter, whose face was turned away from me and was also crying. I asked her what was wrong, knowing already what she was about to say. “Dad, I’m pregnant”. As she said this she recoiled as if I was going to strike her, or yell at her. But instead I kneeled down and hugged her, and said: “don’t worry I’m not angry at you for telling me this; this obviously wasn’t planned but I support you entirely in whatever decision you make”. I told her that this house is her house if she decides to stay, nothing will change. And if she decides to marry this boy who is the father that’s fine too, as long as it was her own decision and she was happy with it. Of course I set this 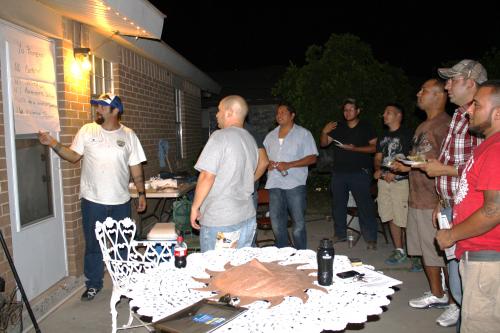 down with one condition, that no matter what, she has to finish her high school career before anything.

A couple weeks later, the family of my daughter’s boyfriend came up to visit from Mexico. They immediately proposed throwing a party and plan the wedding to celebrate the union of the couple. I intervened and made my opinion clear: getting married was a decision that had to be made entirely by the two of them, not me, not his parents, not anyone but my daughter and her boyfriend.

The truth is that my experience with the Hombres Unidos workshop had a huge impact on me. It taught me to control my emotions, and this came through in how I dealt with my daughter on the day she told me she was pregnant. It taught me to deal with my emotions and how to talk to my family. Overall it was a learning experience in which I discovered new ideas and concepts in terms of family violence and how to avoid it at all costs. I am not and was never a violent person, but it still changed my attitude toward my family and our interactions within the family in a more peaceful manner. And for this I thank those who organized the Hombres Unidos workshop, especially Luis Vasquez and those who helped him.