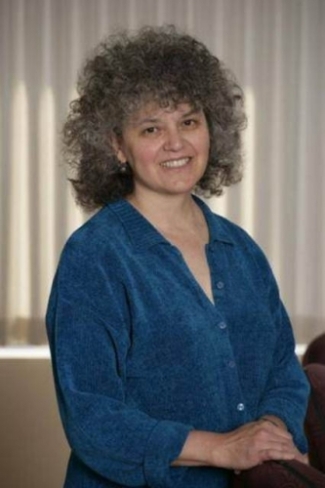 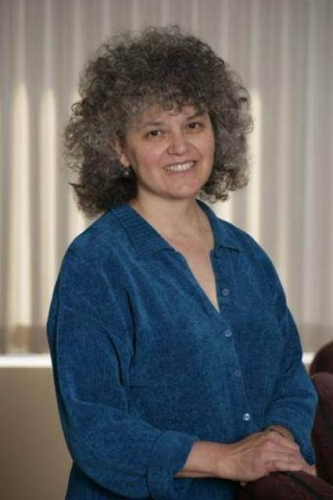 I became aware of Tina Castañares while attending my first Migrant Health Conference in San Juan, Puerto Rico, in 1990. I’m not sure we actually met or even talked, but with her dandelion head of salt-and-pepper hair and her distinctive folk-art wardrobe, Tina cut a striking figure. Nor do I remember whether I attended the workshop she co-presented on Lay Health Programs, though, as I was later to learn, she was, as usual, far ahead of the curve, in this case regarding the great value of community health workers and promotoras de salud.

While we must have crossed paths at conferences over the next few years, it wasn’t until 1995 that I’m certain we actually talked, and it was because I sang. The occasion was that year’s East Coast Migrant Stream Forum, held in Tarrytown, New York, and hosted by my organization, Hudson River HealthCare. I was tasked with speaking at the opening Plenary about the federally-funded Migrant Health programs in New York. As I proudly expounded on our determination to work collaboratively, and by our collective efforts to positively affect the lives of farmworkers across the state, I suddenly stopped. “I think I can sing this better than I can speak it,” I heard myself saying, whereupon I broke into an old union song my neighbor Pete Seeger had written the music for:

After singing it through once, I got the audience to join in, and we did it together several times. When the Plenary was over, Tina came up and expressed her complete delight. “We need to do more singing in this movement!” she said, and for many conferences after that fortuitous meeting, we did.

In the course of our conversation, we discovered that we’d both grown up in Los Angeles, had gone to the same Catholic grammar school in Hollywood, and that Tina’s older brother and I had been in the same class!  But while our childhood histories and love of music provided an instant bond and kickstarted our friendship, lives being lived a continent apart meant that Stream Forums and National Farmworker Health Conferences were the contexts in which we initially got to know one another. For me, it was an opportunity to experience some of the remarkable range of Tina’s intelligence, her great diversity of interests, her skill as a teacher, her unrelenting advocacy on behalf of the disempowered and her fearlessness in speaking truth to the powerful, and her fiercely passionate commitment to serve her patients, whether they are working in the fields or living in hospice, her unrelenting activism on behalf of a more compassionate, more just, more joyful world.

Friendship with Tina has meant being on the receiving end of a stream of gifts that ebbs and flows with the season and the moment. For many years, come the holidays, I received Tina’s Favoritos, a CD compilation of recordings, old and new, that went out to music-loving friends and family.   At any time during the year, e-mails could arrive bearing links to articles and websites and many another interesting or relevant or funny objects from cyberspace that Tina feels should be shared or acted on. Birthdays are not allowed to pass without being marked by felicitations and presents—T-shirts promoting universal health care or Dream Act activism, music CD’s, books, an admired, locally produced butter dish. Once, arriving for a visit at her home on the edge of a pear orchard near Hood River, I was quickly ushered into Tina’s office and urged to give a listen to a poem that had been read on the radio that morning. It was a haunting lyric by the great Zen poet Jane Hirshfield, who I’d never heard of but whose work has since become a treasure to me.

Tina’s ability to follow her immediate concerns and interests and turn them into master classes on subjects she deems (rightly, in my view) critical to our work, is reflected in some of the presentations she’s done at our conferences over the years: the aforementioned Lay Health Programs, Their Role and Impact; Fundamentals of Pesticide Illnesses; Policy Update and Current Issues for Programs Serving Aliens; The Basics: How Migrant Health is Organized and Funded; Los Olvidados: Substance Abuse and Addiction in the Farmworker Community; Immigration and Public Benefits: Migration in Context; Who are Tomorrow’s Farmworkers?  I made a point of attending Tina’s workshops because I always have felt confident that the subject was important if not urgent, that I would learn a great deal that I didn’t already know, and that I’d have a good time, laugh a lot, and maybe even sing.

One of those workshops, Fast Food and Farmworkers, which I attended at the National conference held in Indianapolis in 2002, came as the American childhood obesity and Type 2 diabetes waves were cresting, and just four months after the publication of Eric Schlosser’s seminal “Fast Food Nation: The Dark Side of the All-American Meal.”  This was a typical Tina tour de force that linked the occupational and other health hazards of fast food production and consumption with, not just ag labor, but meat processing workers, and people in the fast food service sector and other low wage jobs.  “Why this subject?” she asked.  The answer was to better understand the various populations we serve in our Migrant and Community Health Centers, to better understand the occupational health risks of those who work in the fast food industry, and to better understand the health risks to our patients from consumption of fast food. For most of us, those would have been more than enough reasons to offer the presentation, but Tina added a final, and for her perhaps the most important justification: “to be better advocates for justice.” By the end, I found the workshop so stimulating, so relevant, and so full of rich and juicy information, that I insisted that Tina had to bring it to the East Coast Migrant Stream Forum. She agreed to apply, but after the workshop was accepted, she found she had an insurmountable conflict, and couldn’t travel to Savannah. Why didn’t I do it instead? Well, that was a no-brainer—the material is exceedingly complex and covers ground I’m only vaguely familiar with and am not qualified to talk about, and most important, I’m not Tina. “Nonsense,” she said, “I’ll send you my slides and plenty of supporting information, and, as for being qualified, you know and care about farmworkers and you’re interested in and care about food. The rest is commentary!” So, armed with Tina’s confidence, I agreed to do it. And she was right: with her generous, unstinting support, I was able to take her material and make it my own, and I had the time of my life doing it. Several years later, riding the elevator at yet another conference hotel, a colleague recognized me as the presenter of Fast Food and Farmworkers at a previous Forum. “That workshop changed my relationship to food, and how I feed my family. Really, it changed my life.”

Really, that sums it up for me too. Meeting and finding friendship with Tina Castanares has changed my life, as she has changed so many lives, directly in the case of other friends, family, colleagues, patients, agencies and organizations, and indirectly, as in the case of that workshop attender, or those whose lives have been made better, or at least not allowed to be made any the worse, by her advocacy and by her absolute commitment to a more just, more honest, more loving world. And since these memories are called up by the news that Tina is retiring, I have no doubt that whatever “retirement “means for Tina, it will mean nothing if it does include perhaps even more work for justice.

And more joy and more music. Which brings us back to where my story with Tina began, with me breaking into song at an East Coast Forum. At a National conference some years later, Tina had the idea that we should take a song by the women’s a cappella group Sweet Honey in the Rock, rewrite it to make it about farmworkers, and, with another colleague she’d recruited, perform it at the evening’s gala reception and dinner. “Ella’s Song,” about Miss Ella Baker, one of the great organizers of the Civil Rights movement, was frantically reworked—probably mostly by Tina—into “Cesar’s Song.” Reading the words now, I realize how much they are Tina’s voice, and that they are as much about Tina, and, at our best, about all of us who are not just doing a job, but engaged in the good work of making a better world. Listen: