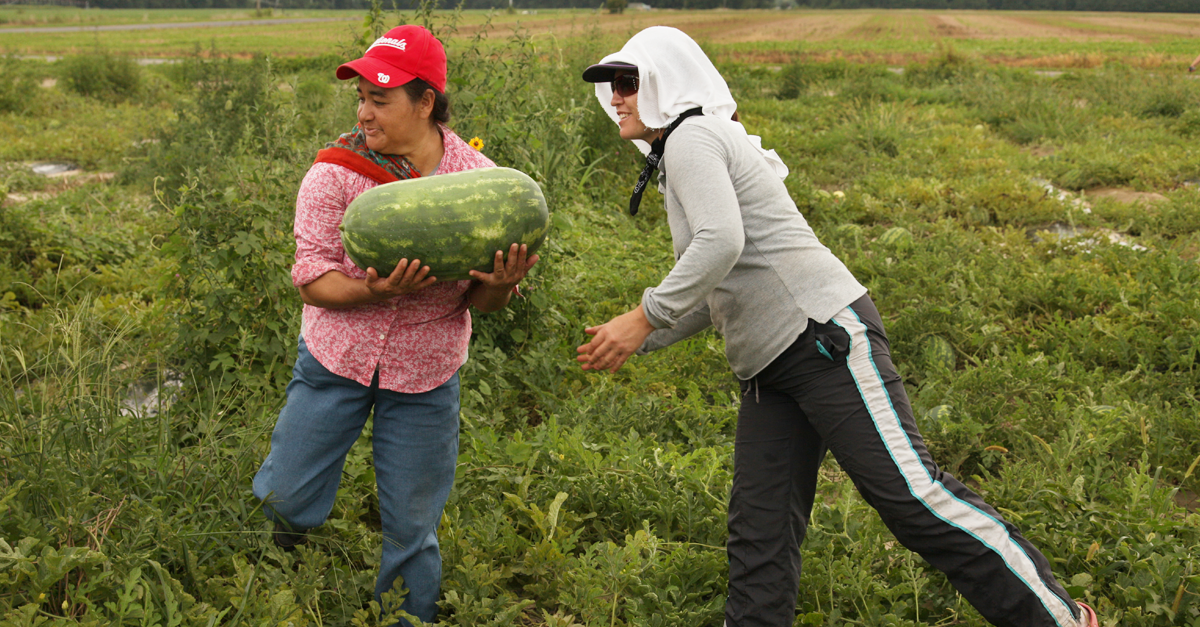 [Editor's note: Today's guest blog post is from our colleagues at Farmworker Justice, a nonprofit organization that seeks to empower migrant and seasonal farmworkers to improve their living and working conditions, immigration status, health, occupational safety, and access to justice. This post originally ran on their active blog, Harvesting Justice.]

NPR recently aired a story, “Guest Workers, Legal Yet Not Quite Free, Pick Florida’s Oranges” that featured an H-2A worker, otherwise known as an agricultural guestworker.

In an interview at the beginning of the program, a grower of Florida citrus said that he started using H-2A workers to avoid competing for workers who were asking for a higher wage. The farm didn’t want to pay an extra nickel a box that farmworkers asked for and that a competing grower was offering. This frank statement reveals the fundamental problem with the temporary foreign worker program.

H-2A guestworkers may only work for the one employer that obtained a visa for them. When the job ends, they must return to their homeland. If they want to return to the U.S., they must hope that the employer will invite them back and apply for a visa. The workers have no independent ability to apply to the U.S. government for an H-2A visa. Technically, they hold a “non-immigrant” status. And the law refers to these human beings as being “imported” by employers. As if they are commodities.

In this restricted, temporary status, the workers will not usually challenge unfair or illegal conduct, or even ask for a raise. They feel lucky to have the job. And why not? Usually, the wage they earn in the U.S. is a lot higher than they would make in their own country. So they will often work to the limits of human endurance. Growers will say how “reliable” they are, but what is really going on in many cases is that these workers are under such pressure that they are extraordinarily productive.

This imbalance of power also manifests itself in the workers’ access to health care. Although all H-2A workers are covered under workers’ compensation insurance, most are reluctant to seek medical care, especially for a work-related injury or illness. In FJ’s report, No Way to Treat a Guest, Javier (not real name), a worker in North Carolina, described how he became poisoned by pesticides while working in the tobacco fields.  When he felt so sick that he could not work, he phoned a local clinic outreach worker to take him to the hospital. The hospital sent him back with a note that he could not work in tobacco. As a result, his employer sent him back to Mexico without the medical or financial assistance he was entitled to under workers’ compensation. Nine months after his injury, Javier still felt too sick to work to support his family, but could not afford specialized care to aid his recovery.

The NPR story does a good job of demonstrating the lack of economic freedom in guestworker programs. There is also a fundamental lack of political freedom. No matter how many years the guestworkers are brought back to the U.S., they never earn the right to become an immigrant or a citizen. Guestworkers don’t vote. But the employers vote. And the employers give campaign contributions. And the employers lobby Congress and the Administration to lower the required wage rates and other obligations under the H-2A program.

The H-2A program is supposed to prevent employers from undermining the wages and working conditions of U.S. farmworkers’ job terms. But the law and regulations generally don’t work. The lack of economic and political bargaining power on the part of the guestworkers is just too much to overcome.