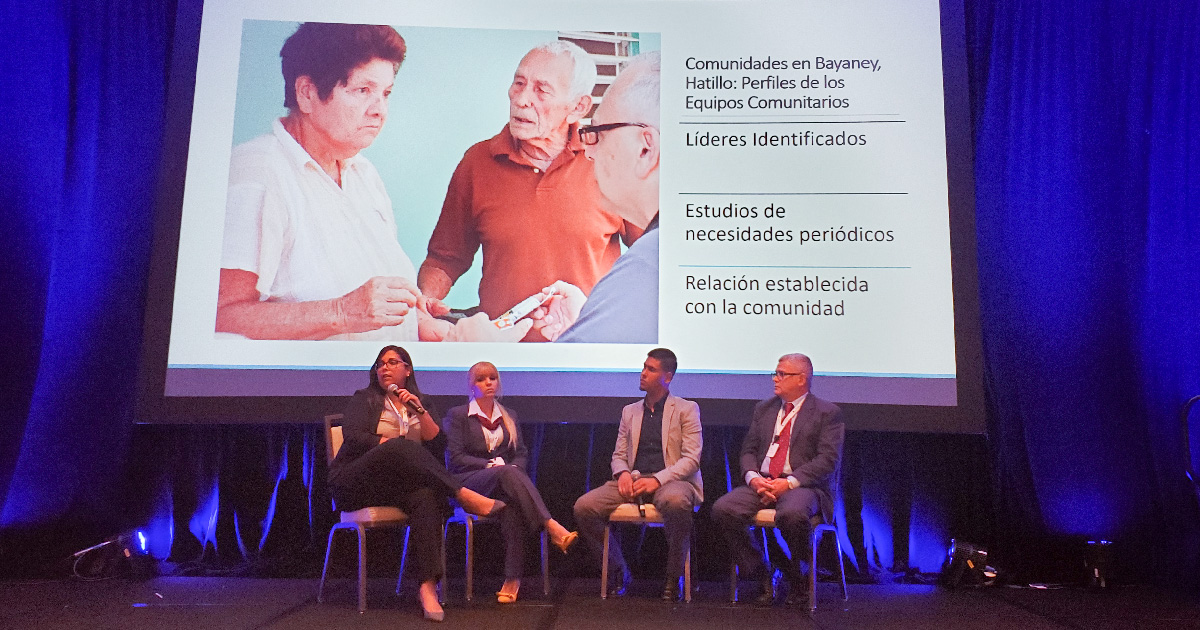 [Marysel speaks with collegues at a plenary session of the East Coast Migrant Stream Forum.]

Disasters fueled by the climate crisis are destabilizing communities all around the United States -- and climate migration is on the rise. Here in Puerto Rico, we have yet to recover from 2017’s Hurricane Maria. At this year’s East Coast Migrant Stream Forum, held in San Juan, we got a chance to illustrate how we’re getting prepared for the next big disaster, by sharing MCN’s project, “Mobilizing Communities in Puerto Rico to Meet the Needs of Vulnerable Populations Before, During, and After a Natural Disaster,” during the plenary session. The project, funded by the Bristol-Myers Squibb Foundation, is wrapping up its first year and we were eager to share our initial results.

After opening the plenary session with some background on Puerto Rico and MCN’s work here, I dove into the climate crisis and why it’s critical we continue to work on emergency and disaster responses. Whether a hurricane in Puerto Rico, flooding in the midwest, or a fire in California, another disaster will probably occur. Health centers can be the critical actor in helping local communities prepare and respond to a disaster. Community-based and informed emergency management and response need to be central to a health center’s work, because such a disaster greatly affects the health and well-being of our patients. 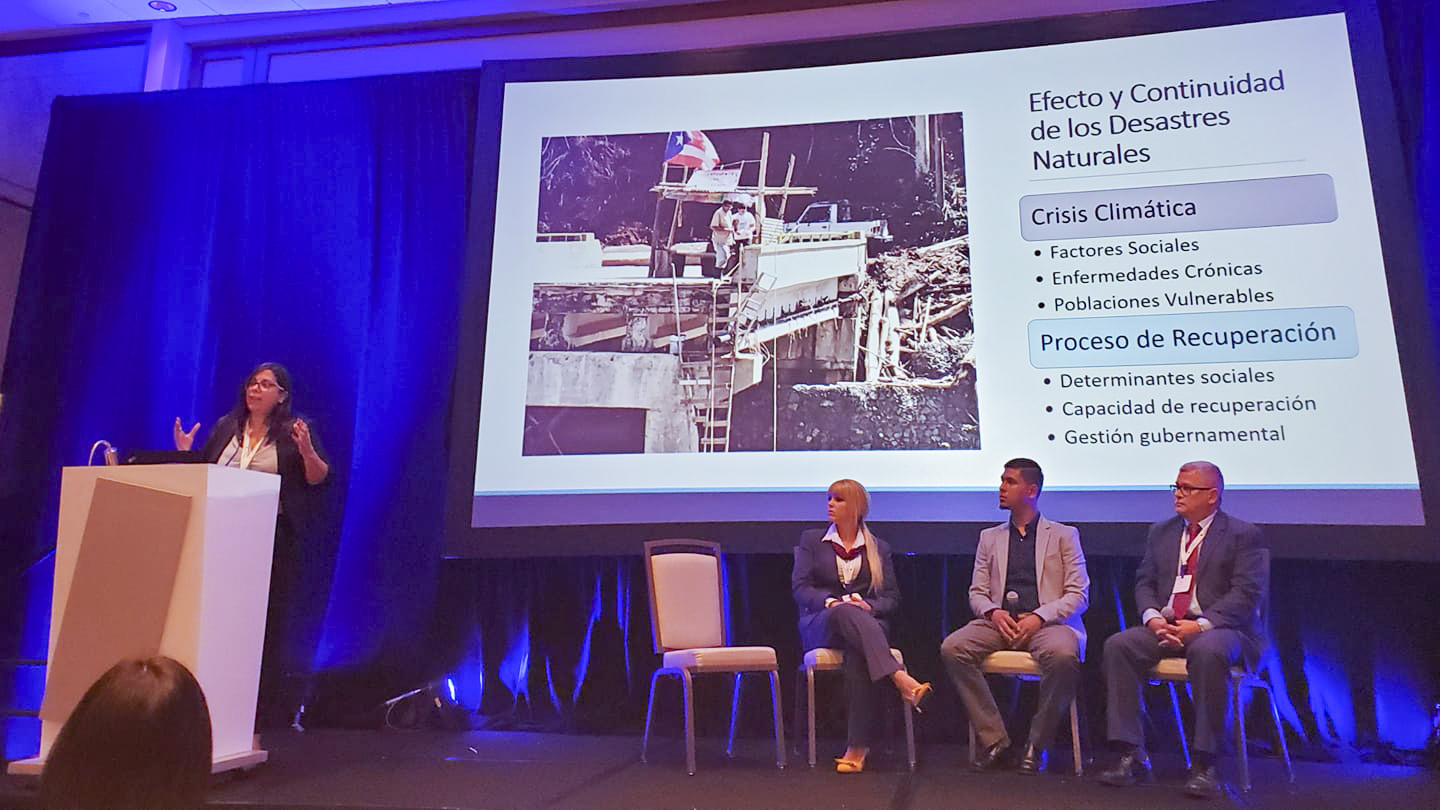 Colleagues from our two partner health centers joined me on stage for the plenary session: Ileana Valentín and Yamil López, project coordinators in Hospital General Castañer and Corporación de Servicios Médicos, respectively, and Dr. José Rodríguez, Medical Director at Hospital General Castañer and MCN’s Senior Medical Advisor.  Using a fireside chat format, we discussed each of their health centers’ journeys in community mobilization during the first year of this project. CSM found that their community already had two community-led efforts on preparedness, and the health center worked to integrate themselves into those groups. Their efforts helped the community recognize local resources they were otherwise missing. The health center also helped retool preparedness plans to reduce immediate reliance on outside government aid, in the case that such aid was slow in arriving. Together with the health center, the groups built a new framework of preparedness that focused on local integrated resources.

Hospital General Castañer had a very different community scenario that influenced their approach. In doing outreach around emergency preparedness, they discovered that many community members were lacking in trust that the health center could step up during an emergency. Their first year in the project was spent gaining the trust of community members through outreach, and reevaluating their programs to assure that the community’s basic needs were being met, before any disaster strikes.

After our presentations, we opened the floor to discussion. I was thrilled to see our project and its initial results inspiring audience members to consider ways in which their own health centers can increase community mobilization. One audience member commented that preparedness and response efforts should also forge links between health centers, recognizing that many patients after a disaster are displaced and move from the epicenter to other locations requiring them to get admitted to new community health centers.  Greater connections will assist with continuity of care, especially for those with chronic health diseases. 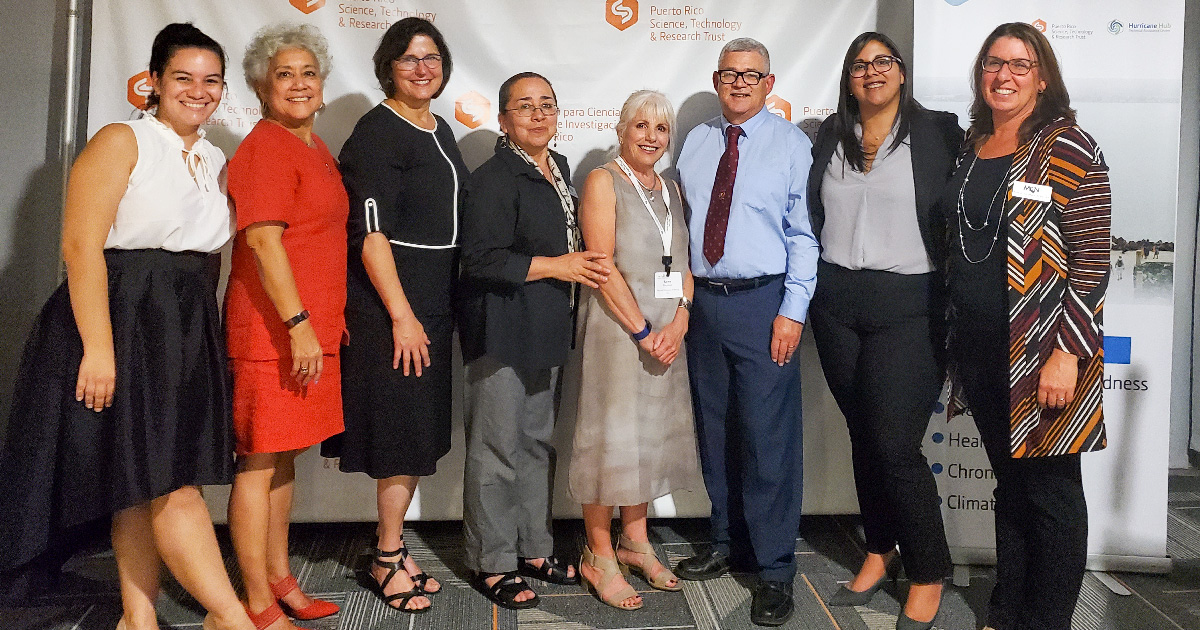 As we close our pilot year of the project and establish new relationships with health centers for our second year, we look forward to the many twists and turns that we necessarily need to take to build such time-consuming preparedness plans. We also recognize that, for these plans to work, they need constant retooling and reshaping as the community changes, the health center’s resources shift, and the government response is altered. It is challenging, but it’s also motivating. We still have a lot of work to do.