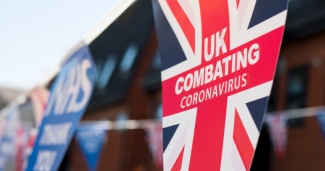 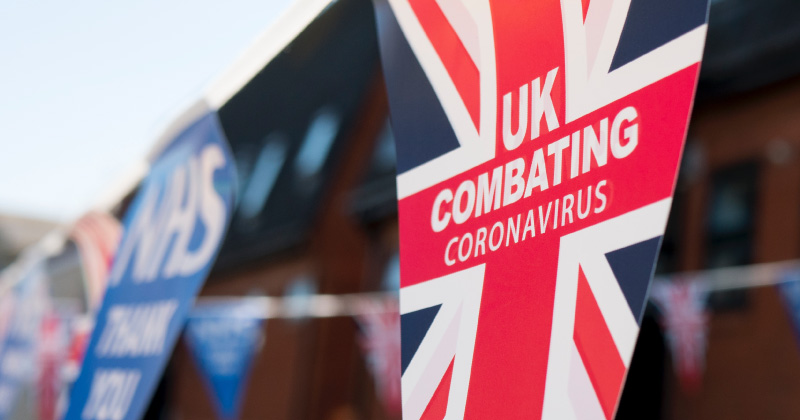 [Editor’s Note: This guest opinion article comes from Immigration Advice Service’s Holly Barrow, who shares recent developments in access to the health care system in the United Kingdom among migrants and immigrants, and draws parallels between US and UK essential workers during the pandemic.]

In the UK, access to free health care is considered a given for British-born residents - and this is largely the case. Thanks to the National Health Service (NHS), which was first established by Labour Party politician Nye Bevin in 1948, the majority of British residents are able to access free health care on the basis of citizenship rather than the payment of fees or insurance.

However, those without settled status in the UK face significant hurdles. Both short-term migrants and migrants residing in the UK on a long-term basis are met with obstacles when attempting to access NHS services. Particularly in recent years, charities supporting migrants have reported that hundreds of patients are being denied treatment for serious medical conditions after ministers instructed NHS trusts to impose upfront charges on migrants deemed ineligible for free health care. This impacts both those with documents and those without.

Since the implementation of the ‘Hostile Environment’ -- immigration legislation which came into effect in 2012 under David Cameron’s government with the aim of making it as difficult as possible for undocumented migrants to reside in the UK -- the NHS has been forced to become increasingly bureaucratic. Charities and campaigners have demanded an end to the government’s Hostile Environment policy, deeming it responsible for the NHS drifting away from its founding principles, as trusts are now obliged by the government to charge refused asylum seekers and undocumented migrants upfront for secondary care services. The repercussions are devastating.

Even since the outbreak of COVID-19 in the UK, the consequences of upfront charging and refusing treatment to those without the required up-to-date papers has proven fatal. Undocumented migrants are dying of the Coronavirus as they are too afraid to seek health care -- a fear instilled by the Hostile Environment policy which sees irregular migrants facing arrest and deportation. Others -- including children -- are being denied vital cancer treatment due to their immigration status. This is no coincidence but is rather a direct result of the government’s constant demonization of migrants over the past decade.

Since COVID-19 hit the UK in March, the nation has displayed its gratitude for frontline NHS workers -- both British born and non-British born -- who continue to risk their lives to protect public health. Each Thursday evening at 8pm, the UK population has taken part in a nationwide ‘clap for the NHS’; a gesture of appreciation and thanks for their selfless work. Yet, understandably, many have highlighted that this is not enough and that NHS staff -- who have, under the Conservative government, had their pay capped -- deserve more. With demands for the government to increase the pay of NHS workers has also come another demand, specifically regarding migrant workers in the NHS.

Currently, all migrants with leave to remain in the UK for a period of six months or over -- including students and those who are joining family members -- are required to pay the Immigration Health Surcharge (IHS) which then grants them access to the NHS upon arrival. The IHS was implemented in 2015 with the aim of tackling alleged ‘health tourism’, despite the fact that it was already widely established that migrants contribute more in taxes than they take out. In addition and perhaps most ironically, 13.3% of NHS staff in hospitals and community services in England reported a non-British nationality. Among doctors, the proportion is 28.4%. Migrants therefore make up a considerable amount of the NHS workforce as well as contributing more than they take.

Yet, regardless of this reality, the surcharge was introduced and initially stood at £200 (about $257) per person per year (£150/$193 for students). This rapidly rose to its current cost of £400/$515 per year. The IHS has received mounting criticism since its inception, yet the extreme injustice of it has been emphasized as a result of COVID-19. The IHS essentially sees migrant workers taxed twice, as they already pay for the NHS like all other British residents through their taxes. Despite this, the government announced at the beginning of the year that it would be increasing the IHS again in October 2020 to an extortionate fee of £624/$804 per person per year. This is in addition to sky-high visa fees.

With the undeniable role played by migrants within the NHS workforce both prior to and throughout the COVID-19 crisis, campaigners urged the government to scrap the surcharge immediately, reinforcing how unfair it is to heap such costs on those who are currently protecting the nation. After initially refusing to bow to public pressure, Boris Johnson made a U-turn as he announced on May 21st that overseas NHS and care workers would no longer be required to fork out on the exorbitant fee. This has of course been rightly celebrated and is a crucial step in the right direction to finally appreciating the vast contributions of migrants to UK society.

And yet, it cannot be overlooked that the government’s exemption only applies to a select few migrant workers -- those working in the NHS or care sector -- while entirely dismissing thousands of others who equally deserve to have access to free health care without being required to pay double their British counterparts. The government’s selective approach to the IHS waiver is concerning for a number of reasons but most crucially that it plays into the ‘good’ versus ‘bad’ migrant binary that has long existed in the UK.

By choosing to value only NHS and care workers during this pandemic and ‘rewarding’ them with an exemption to the IHS, this serves a damning blow to those migrant workers in all other industries. What of our cleaners, delivery drivers, transport workers, retail assistants and so many more who are similarly tackling this crisis? Beyond this, why does it take for a pandemic to recognize their worth?

The government’s waiver must extend to all migrants and, what’s more, if this crisis is to teach us anything it should be that human beings cannot be measured against their annual salary. Prior to the pandemic, the majority of low-paid workers were deemed ‘low-skilled’ by the UK government and thus were treated as such. These are the same people who are now day in, day out providing essential services throughout the pandemic.

The costs heaped upon migrants to access the NHS - both those with leave to remain and those with insecure immigration status - must come to an end.

Holly Barrow is a political correspondent for the Immigration Advice Service, an organization of immigration lawyers based in the UK & the US.