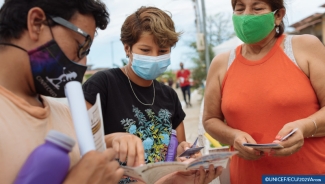 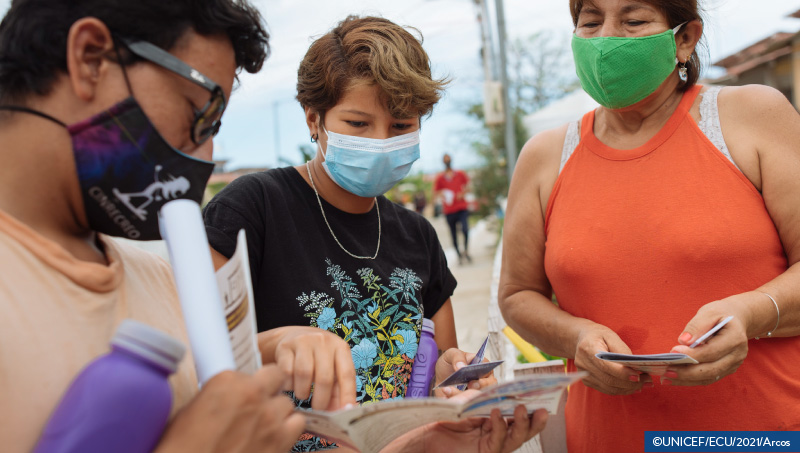 In the last few years, Puerto Rico has seen a significant spike in gender-based violence that has not been sufficiently addressed. Gender-based violence1 was already a growing concern before political and natural disasters affected most of the island’s residents, and strained resources available to support residents. Many communities had not recovered from Hurricane Maria in 2017 when numerous earthquakes once again severely impacted infrastructure and strained health services in early 2020, just weeks before the COVID-19 pandemic was declared. In the wake of these devastating and ongoing disasters, many residents of Puerto Rico have experienced compounded trauma, and health systems continue to be stretched. Additionally, the government of Puerto Rico remains in a state fiscal crisis as the US federal government has severely restricted its financial decisions by instating an oversight board as a response to the Puerto Rico’s more than $100 billion of debt, a debt fostered by unscrupulous practices of major US financial institutions – further limiting the island’s resources to support the health of residents and address the ongoing gender-based violence crisis.

Multiple community-led groups have advocated for years about the need for an emergency state declaration of gender-based violence in Puerto Rico. A comprehensive six-month investigation of policing practices by the ACLU of Puerto Rico, published in June 2012, revealed that the island had the highest per capita rate in the world of women over 14 killed by their partners at the time. To put the incredibly high rates of domestic violence homicides in Puerto Rico into perspective: while 107 women were killed by their intimate partners over the five years from 2007 to 2011, 42 women were killed over the same period in Los Angeles, which has more than one million more residents than the island. It is significantly higher than the rate that would be expected based on US national numbers. The Puerto Rico Police Bureau and the General Court of Justice of Puerto Rico have systematically failed to protect, investigate, and report gender-based violence crimes and indicators. This has resulted in a lack of accurate, reliable, and current data of indicators on gender-based violence such as sexual assaults, abortion, domestic violence, femicides, human trafficking, disappearances of women, and violence against marginalized groups including sex workers, LGBTTQIA+ communities, and minors, giving way to the creation of community-led efforts to acquire and generate such data.

An emergency state declaration was finally issued on January 25, 2021, by Governor Pedro R. Pierluisi, who requested approval of a seven-million-dollar budget to the federal financial oversight board. The deaths of Andrea Ruiz Costas and Keishla Rodríguez Ortiz have recently galvanized the urgency of the problem while shedding light on the critically needed review of judicial processing of gender-based violence cases. Data published by the General Court of Justice of Puerto Rico show that more than 60% of the requested restraining orders are denied. Ms. Ruiz Costas, whose body was found partially burned, was denied multiple restraining orders, the last one being submitted just a month before the macabre crime committed against her life. On April 27, 2021, only two days before Ruiz Costas’ body was found, the board notified the governor of the approval of only $200,000: a 97% reduction. Rodríguez Ortiz was physically assaulted, drugged, restrained, tied to cinder blocks, thrown into a lake, and shot while pregnant. This case disturbed and created an uproar among Puerto Ricans and gained particular visibility when the crime was associated with a famous boxer from the island. The federal oversight board finally approved the original budget submitted on May 5, 2021, four days after Rodríguez’s body was found.

MCN recognizes the recent extension of funds as a first step. However, we urge the pertinent parties to effectively address this growing issue. MCN recommends that health authorities in Puerto Rico to:

1 The state department defines gender-based violence (GBV) as “an umbrella term for any harmful threat or act directed at an individual or group based on actual or perceived biological sex, gender identity and/or expression, sexual orientation, and/or lack of adherence to varying socially constructed norms around masculinity and femininity. It is rooted in structural gender inequalities, patriarchy, and power imbalances.” (https://www.state.gov/other-policy-issues/gender-and-gender-based-violence/)