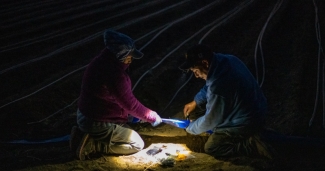 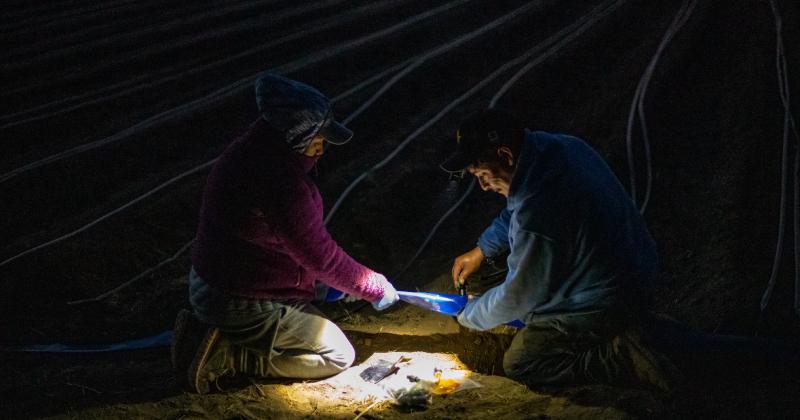 Last week, the New York State Wage Board passed three resolutions that will finally provide overtime for farmworkers working for more than 40 hours a week. The resolutions also delineate a ten-year phase-in to ratchet down from the current 60-hour-a-week threshold to 40 hours. Immediately after the announcement, the New York Farm Bureau and other farmer-aligned organizations began rallying Governor Hochul for a reversal.

Until last week, farmworkers were part of a very slim subsection of workers in New York State who lack overtime pay after 40 hours. No other industry as large as agriculture has maintained the restriction of such a basic worker right. And the right exists because of health concerns. In other industries, overtime work has been associated with poorer perceived general health and an increased rate of injury and illness, as well as increased mortality. Yet, agriculture has one of the highest mortality rates of any industry in the US. Most farm jobs are very strenuous, and many include repetitive motions, both of which result in common and painful work-related injuries. Overtime pay is therefore key to protect the health of workers.

Years of advocacy work, including several testimonies, an op-ed, and more from Migrant Clinicians Network’s Ed Zuroweste, MD, pushed the Wage Board into action. Meanwhile, in Oregon, MCN Board Member and former Board Chair Eva Galvez, MD, is pushing forward a similar effort, vocalizing the health case for overtime for farmworkers in her state.

And yet, farmworkers across the country regularly work more than 40 hours a week without overtime, as workers are only protected in states that have legislation.  Forty-four states still have no overtime regulation for farmworkers and no federal regulation exists on the concern.

Limiting hours of workers via overtime has been a cornerstone of our labor law since the 1930s. How have farmworkers been left out of basic worker protections for almost 100 years?

“The labor laws that passed in the 1930s still guide the workplace in the United States,” explained Amy Liebman, MPA, Director of Environmental and Occupational Health for MCN. “We are forced to fight one state at a time to end this brutal rippled effect of farmworker exceptionalism.”

When labor laws that form the backbone of worker’s rights were initially developed in the 1930s, including the National Labor Relations Act of 1935 and the Fair Labor Standards Act of 1938, farmworkers were specifically excluded from the right to organize, minimum wage, and overtime. Other worker rights that are afforded to those in most other industries – like worker’s compensation and disability – are not guaranteed for farmworkers. Regulations that protect farmworkers from pesticides are administered by the Environmental Protection Agency and not the Occupational Safety and Health Administration (OSHA), where most other worker safety and health needs are delineated. In fact, OSHA has few standards aimed at protecting farmworkers.

And, in many states across the country, farmworkers remain impacted by their exclusion from the National Labor Relations Act which permitted collective bargaining. Even in states where farmworkers successfully gained to right to unionize, such as in California, efforts to limit union activities continue to harm farmworkers. In 2020, the Supreme Court struck down a California law, ruling that farm owners can limit union organizers’ access to private farm property, restricting the avenues to alert farmworkers of union opportunities and contributing to their very low union participation rate.

Farmworker exceptionalism is perpetuating inequities that directly affect the health and health care access of a group of workers who already encounter numerous barriers to staying healthy. Strenuous work, a lack of culturally competent and low-literacy workplace training and education, pesticide exposure, poor access to nutritious foods and safe places to exercise, and many other barriers join a lack of overtime in increasing farmworkers’ risk of injury and illness. Poverty, language and cultural barriers, documentation status, transportation, and more prevent farmworkers from seeking care when they need it. To begin to address the wide range of health inequities that this vastly underserved and marginalized group of workers faces, farmworker exceptionalism must come to an end.

Learn more about environmental and occupational injury and illness among farmworkers and find links to key resources on our Occupational Health page. Access important resources for clinicians including the Pesticide Exposure Reporting and Workers’ Compensation Map and our popular bilingual pesticide comic books on our Pesticides page.