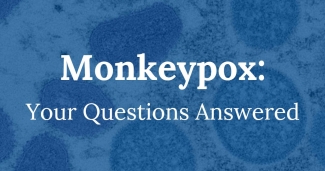 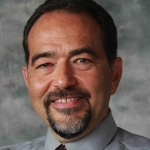 Despite low transmission in the US, monkeypox has dominated recent health news. As of July 9, 2022, 767 cases have been confirmed in the US. Cases have been reported across Europe as well – but monkeypox is not new. Monkeypox is more common in West and Central Africa, where it mainly crosses over to people through contact with animals. What’s new, however, is that some of the individuals infected had not traveled to Africa, suggesting that the virus may be spreading. While this has given epidemiologists pause, there's no proof yet that the virus has changed to become more transmissible.

The monkeypox virus is a member of the family Poxviridae and the genus Orthopoxvirus, which includes variola (the virus that causes smallpox), vaccinia (which is used in the smallpox vaccine), and cowpox virus. Here, I answer some of the most common questions that clinicians who serve migrants and immigrants are receiving from community members, based on the information we have at present. Remember, just as with COVID, the situation is changing quickly. Keep up to date with monkeypox by visiting the CDC’s site: US Outbreak 2022: Situation Summary.

Is it easily spread?

Generally, monkeypox is not easily spread between humans. According to the CDC, human-to-human transmission is thought to primarily occur through large respiratory droplets. Other means of transmission include direct contact with body fluids or lesions, and indirect contact with lesion material through contaminated clothing or bedding, also known as fomites. In the US, much of the transmission so far has occurred among men who have sex with men, but that certainly doesn't mean it's limited to that community.

While there's some preliminary evidence of aerosolization, that's not a major route of spread. Thus, spread should be slower than for an airborne virus, contact tracing should be easier, and social distancing should be more effective.

While the reservoir host of monkeypox is still unknown, it's thought that African rodents play a role in transmission in Africa.

The CDC says the typical incubation period for monkeypox is 7 to 14 days, but can range from 5 to 21 days.

What symptoms should I be looking for?

Among the first symptoms to appear are flu-like symptoms, including fever, aches, and fatigue. Monkeypox infection also involves swelling of the lymph nodes.

Then, typically one to three days later -- though sometimes longer -- a rash develops, according to the CDC. It often starts on the face before spreading to other parts of the body. Illness typically lasts about 2 to 4 weeks.

Is this the first time it’s reached the US?

In 2003, there were 47 confirmed and probable cases of monkeypox in people in the Midwest. All had become ill after coming into contact with pet prairie dogs that had been infected after being housed near animals imported from Ghana. There were also two travel-related cases in the US in July and November 2021.

Is the monkeypox response equitable?

Monkeypox is not a new disease. It has been endemic to Central and West Africa for decades, and probably longer. The recent outbreaks of monkeypox in wealthier nations spotlight the inequities in public health response, as poorer countries lack the resources and political clout to respond to outbreaks effectively, or to push for the development of vaccines and treatments of diseases that are only affecting their own populations. There are also competing interests in poorer countries where many diseases can present simultaneously, and treatments and prevention efforts have to be prioritized. In the 1980s for example, monkeypox in Central Africa was overshadowed by another “new” virus that captured most of the headlines -- HIV. In more recent years, outbreaks of measles – a much more deadly disease than monkeypox – captured the attention of public health officials who focused on prevention thru vaccination. Even more recently, the pandemic of COVID-19 has supplanted other diseases that needed treatment and prevention thru vaccination. Luckily, there are efforts to reduce the inequities in monkeypox treatment, as a vaccine is also available.

What is the vaccine for monkeypox?

According to the CDC, there's no proven treatment for monkeypox specifically, but the smallpox vaccine, antivirals, and vaccinia immune globulin can be used.

The smallpox vaccine Jynneos (also known as Imvamune or Imvanex) is indicated for monkeypox as well. It's an attenuated, live-virus vaccine incapable of replicating in the human body, that is FDA approved.

The federal government also reportedly has a stockpile of other smallpox virus vaccines that can be used. The US government stopped its smallpox vaccination program in 1972, but it's thought that people who received the vaccine likely still have some immunity.

Historically, smallpox outbreaks were contained by ring vaccination, which involved identifying cases quickly, isolating close contacts, and vaccinating all contacts within four days of exposure, which usually prevents infection, according to John Ross, MD, of Brigham and Women's Hospital. "This strategy would likely work for monkeypox, if contacts agreed to be vaxxed," he said.

While there are no proven antivirals specific to monkeypox, cidofovir and brincidofovir may be used. According to the CDC, some in vitro and animal studies of these compounds have shown activity against poxviruses.

Another drug, tecovirimat (Tpoxx), is FDA approved for treating smallpox in an oral and now intravenous form. In the EU, tecovirimat is also indicated for monkeypox. It has been shown in animal studies to be effective in treating orthopoxvirus-induced disease, and human trials involving healthy subjects indicated the drug was safe and well tolerated with only minor side effects, according to the CDC.

I’m a clinician serving migrants and immigrants. What should I be paying attention to, with my patients?

It is important for clinicians – particularly those who serve immigrants who may recently have travelled to an area with higher monkeypox transmission – to know the signs and symptoms and how to treat. Make sure to take a thorough medical history. An SBAR has been developed to guide clinicians on how to recognize signs and symptoms of monkeypox and the path for treatment.

Monkeypox should be considered if you see the following:

If a case is suspected, what should a health center do?

A patient should be isolated. Isolation should include: airborne isolation, N95 respirator or PAPR, gown, gloves, and eye protection.

For source control, mask (if tolerated) and keep rash covered.

Steps for clinical assessment for the monkeypox virus:

It is unknown what’s going to happen in the coming months, but it is not expected for monkeypox to spread rapidly in the US or elsewhere. As we work through the third COVID summer – my hospital is once again full with COVID patients -- the general population continues to pay attention to public health threats that in a pre-COVID world may have elicited less interest. This is not to say that monkeypox isn’t concerning; knowing signs, symptoms, and treatment is critical. It is also important for clinicians to share with their patients the facts and projections, to help meet their concerns and provide a realistic picture of this outbreak. Armed with good information, clear health setting protocols, and effective treatments, our communities can stay safe and healthy from infectious diseases like monkeypox.