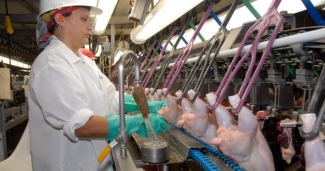 The Trauma of Avian Flu: What Workers Need

The Trauma of Avian Flu: What Workers Need 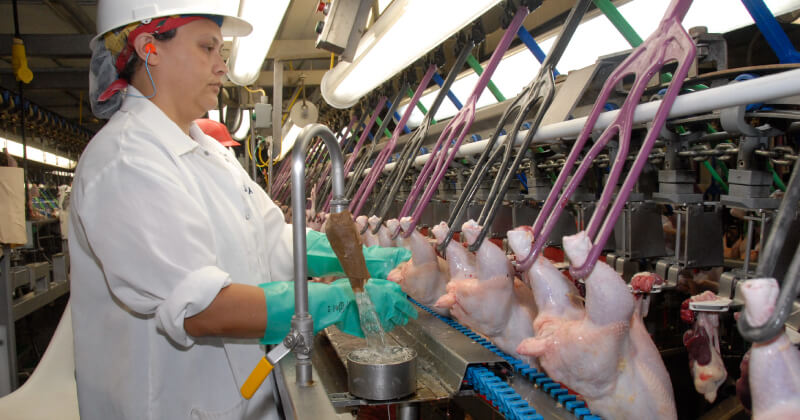 Avian flu is back, and it’s killing millions of chickens and turkeys across the Midwest and East Coast. In the short time that the H5N1 strain of avian flu has been spreading, over 37 million poultry have been affected in 29 states. The current outbreak is much wider geographically, but not yet as destructive as the last significant outbreak in 2015, where more than 50 million poultry died of avian flu or were culled to prevent the spread.

“But, remember, the 2015 outbreak continued from April through June. And we’re only in April,” noted Jeff Bender, DVM, MS, DACVPM, when talking by phone last month. As expected, the outbreak has only grown. Migrating waterfowl are the suspected carriers of the avian flu, which is why the outbreak began in March as the birds migrated northward for nesting season – and why the outbreak is expected to last through the summer, at the end of which waterfowl begin their journey south. (A limited number of waterfowl, as well as predatory birds like bald eagles, has also died of avian flu, but these wild birds appear less susceptible to illness.) Dr. Bender is a veterinarian with the University of Minnesota’s Veterinary and Public Health School and Director of the Upper Midwest Agricultural Safety and Health (UMASH) Center, also housed at the University of Minnesota. Dr. Bender’s diverse positions at the university provide him insight into the bird flu outbreak from a poultry health perspective, and in relation to the agricultural workers who raise and process them. 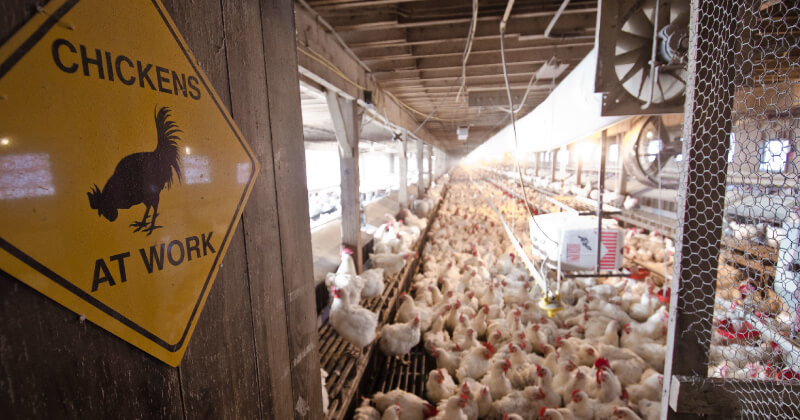 “When we think about these zoonotic strains of influenza that we can get from animals, some of them can be dangerous and deadly” for birds, Dr. Bender noted. Often, they are not as deadly for humans, but in the present environment, epidemiologists and public health officials are watching closely. This month, the first human infection, in a poultry worker, was reported, although the risk of avian flu morphing into the next pandemic among the human population remains low, according to the CDC. Biosecurity measures have been put in place to decrease the likelihood of the virus jumping from infected birds to their human handlers when an outbreak occurs, in response to the outbreaks seen in the last 30 years. This includes the extensive use of personal protective equipment for workers, and increased sanitation and hand washing efforts. Additionally, the public health infrastructure around avian flu has grown. “A lot of health departments have set up monitoring for workers and producers,” Dr. Bender noted, as well as testing facilities if a worker falls ill.

But for humans, the largest impact is not from illness, but on workers’ physical and mental health, as they cull millions of birds and face the economic toll of the response, Dr. Bender says. And access to care for mental and physical health is uneven among workers.

“It’s traumatizing. You might work where you need to destroy the chickens in one barn because all were exposed. There’s a lot of stress with that, and emotionally it’s very difficult,” Dr. Bender admitted. At some farms, farm work has shifted from caring for growing poultry, to culling them throughout the day. 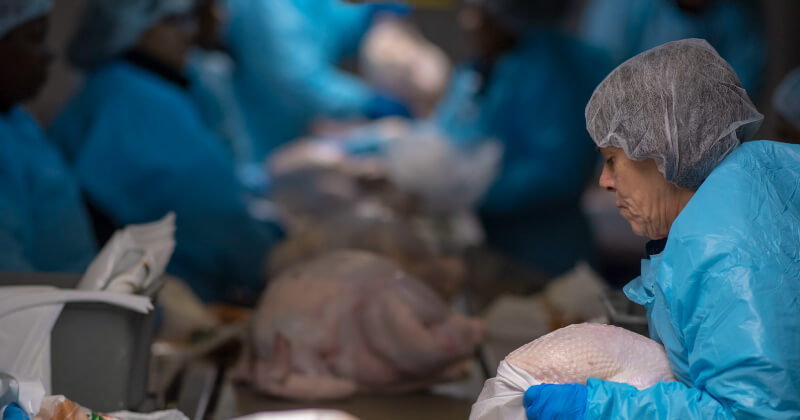 Additionally, “there’s a social stigma, about coming from a farm that is positive in the rural community,” that others may not want to interact with workers from avian-flu-positive farms, Dr. Bender added. That social stigma is layered upon an already-inequitable system of support. “There’s a health equity issue for social support, especially with immigrants and migrants,” Dr. Bender said.

“We still don’t have many of the important structural pieces in place to support those workers -- we just don’t have enough mental health workers in our rural communities,” Dr. Bender said. Added to that, there is a reluctance to seek care. “There’s also a stoicism that goes with farming, the producers may not even seek care [when they need it],” Dr. Bender added. “That’s an issue for immigrant workers too – that ‘I don’t want to show that I’m weak or need help.’”

Rural communities suffering from outbreaks can increase their outreach to agricultural workers to assist in mental health support, Dr. Bender said. This can include basic education about common diseases of concern in their community. 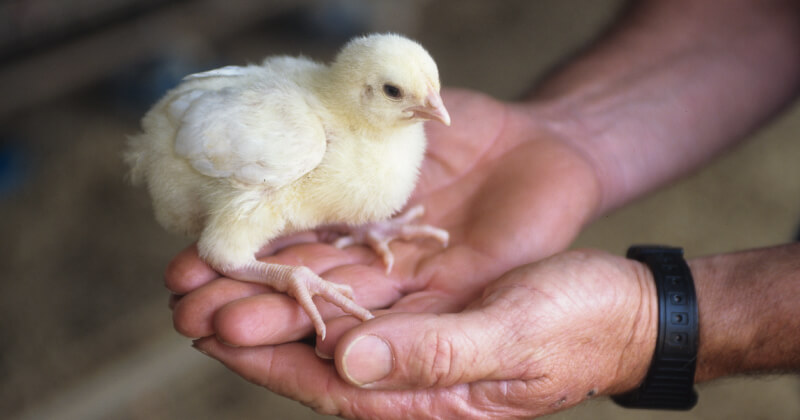 “There’s going to be confusion,” Dr. Bender said. In typical years, the avian flu – some strains of which have infected workers in the past – can mimic the seasonal flu. This year, however, there’s another virus to confuse it with. “Avian flu could [result in] conjunctivitis (eye irritation), low-grade fever, and other upper respiratory conditions – which can look like COVID. So that makes it a diagnostic challenge for clinicians,” Dr. Bender admitted. Additionally, some clinics decline to take occupation into consideration. Intake questionnaires must include questions about occupation, so that providers are informed of who may be at risk of avian flu exposure.

Because of preparation and added biosecurity measures built in previous years, state health departments have already set up monitoring systems for workers to detect illness and guide any infected workers to appropriate testing and treatment. But many of the migrant and immigrant workers don’t have access to health care, which adds an additional layer of complexity for communities to address to ensure the efficacy of biosecurity measures.

“Part of it is providing information at an appropriate education level, from a trusted source, that tells workers that we’re being very careful, and if you do get sick, don’t be afraid to ask questions, and this is includes who you should contact,” Dr. Bender said. He pointed to a text messaging system that asks simple questions like, “Are you feeling well?” to help authorities monitor the situation. Continued efforts need to be made, to build trust among workers, remove stigma around illness and outbreak, provide culturally appropriate, bilingual, and low-literacy resources, and, build access to care. With these efforts in place, farms can ensure that, despite a terrible outbreak affecting millions of birds, the workers on those farms get the support they need.

UMASH offers resources to help communicate with and educate workers, including biosecurity informational videos and posters in English and Spanish. MCN is a UMASH partner.