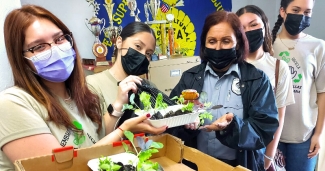 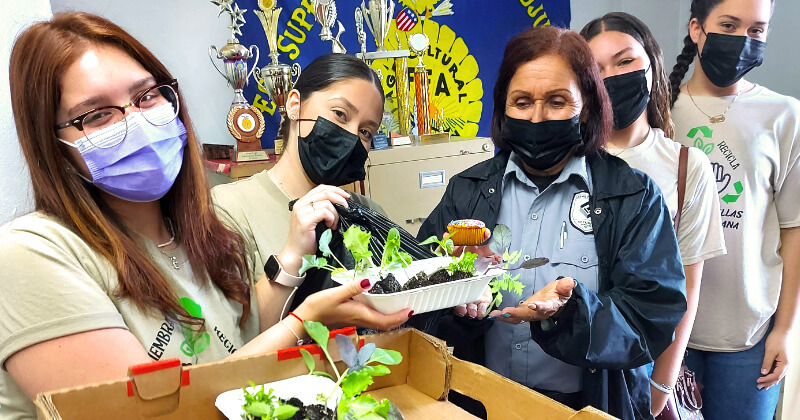 [Editor’s note: Today, Puerto Rico is in darkness, and thousands are stranded. Hurricane Fiona has devastated the island, on the fifth anniversary of Hurricane Maria. These events invite us to reflect on the community efforts and changes since Maria across the Caribbean – in preparation for storms like Fiona. In this blog, we recount Migrant Clinicians Network’s events and programs that seek to support communities in their process of mitigating and responding to weather events that are strengthened or coming more frequently because of climate change. Today, Migrant Clinicians Network’s Puerto Rico office is closed. We wish our Puerto Rican colleagues, and all on the island, safety and health as they once again face the extremes and dangers of a climate-infused hurricane.]

September 17th marked the fifth anniversary of the passage of Hurricane Maria through Puerto Rico and the Caribbean. The category 5 hurricane left more than 4,000 dead, destroyed the electric power system, and caused millions in losses to the Island's agriculture-based economy. Although the hurricane presented unimaginable challenges for the population, their will and energy in organizing and responding to the emergency was remarkable. Notable during this mobilization, the community health centers (CHCs) served as emergency response operations centers for rural and hard-to-reach communities. These centers, together with other organizations and community leaders, took the reins in the distribution of food, water, and medicine, and more to assist the victims. The way communities organized themselves and the empathy shown by individuals during this challenging period laid the groundwork for projects seeking to strengthen the community’s response to intense climate-related events. 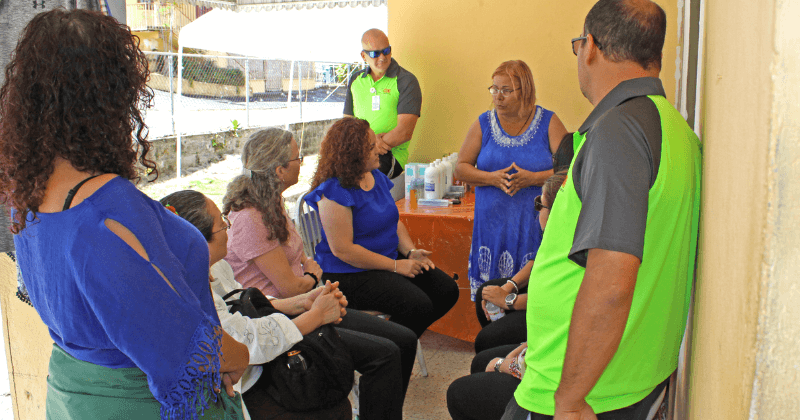 As Puerto Rico began to rebuild, Migrant Clinicians Network (MCN) launched a community mobilization effort in collaboration with several CHCs in Puerto Rico. With support from the Bristol Myers Squibb Foundation, the project sought to strengthen the centers’ emergency management, while coordinating their plans with the community and empowering groups of community leaders to develop, review, and strengthen their community emergency action plan. A total of six centers and eight communities participated in the project, and despite facing new challenges such as earthquakes and pandemics, they managed to meet their objectives.

During the execution of this project, we discovered that, in the rural regions, there were additional challenges to simply creating and implementing an emergency preparedness plan. The farmworker population had been greatly affected by Hurricane Maria, however, the tools and information to effectively address the behavioral and emotional health needs of this population were not properly adapted for the region. This is why in 2019, MCN, in collaboration with the Southeastern Coastal Center for Agricultural Health and Safety, began preparing an intervention program in agricultural communities that promotes preparation for and mitigation of climate change with a mechanism to prevent mental health complications. The first steps involved exploring adaptable tools for screening, monitoring, and evaluating the emotional health and psychological distance from climate change. The project ended in 2021, and although we have not concluded our adaptation and implementation process, we managed to identify essential areas of intervention and education that must be carried out in collaboration with the CHCs and the communities. 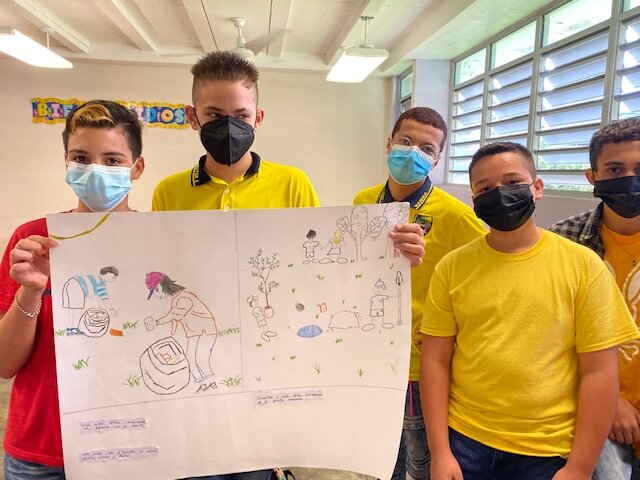 In 2020, MCN carried out a two-year project in public system schools located in rural areas to add an educational component to community mobilization for emergency response and mitigation of the effects of the climate crisis. This project, financed by the Environmental Protection Agency, and in collaboration with Hospital General Castañer and four schools in the region, sought to develop the environmental leadership of children and teachers while fostering collaboration between community support centers such as the schools and health centers. Dozens of students from grades K-12 and several rural communities in Puerto Rico learned about community mobilization and leadership strategies, safe handling of water and chemicals, and mechanisms for emergency preparedness. Another educational program oriented towards the response and mitigation of disasters caused by climate emerged as part of the collaboration between MCN and the Atlantic Center for Occupational Health and Safety Training, with the goal of protecting the health and safety of workers and volunteers in their preparation, response, and recovery from weather-related disasters. This program, funded by the National Institute of Environmental Health Sciences, seeks to address the specific needs of communities in terms of the events that most affect them as a result of the climate crisis. In the past year, we focused on floods and hurricanes as environmental stressors. This year, in collaboration with a center   in the northern region of Puerto Rico, we will address risks related to hurricanes and storm surges. Through this program, MCN and its partners impact more than 100 workers annually in addition to a select group of clinical staff from the participating region.

As part of our programs with workers, we also identify opportunities to explore which areas of need we are not yet covering or are limited in information for the development of capacity-building interventions. While much of our focus is on the workplace of employees from vulnerable populations or communities that are in high-risk disaster areas, there are especially vulnerable groups that require further attention. This is what our pilot project in collaboration with the National Children’s Center for Rural and Agricultural Health and Safety that began in late 2021 seeks to address. In this collaboration, we seek to explore the impact that recent disasters have had on the children of farmworkers. The goal of this project is to develop intervention programs that can support farmworker children, while gathering information necessary for advocacy and public policy efforts as part of the community response to the impact of climate-related events on children. 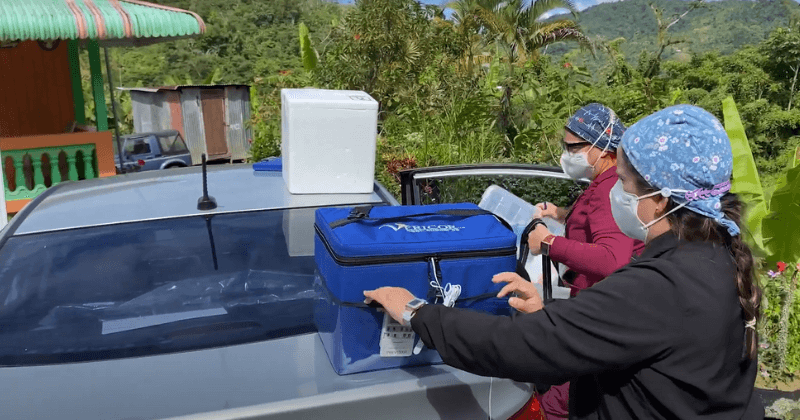 As the COVID-19 pandemic continues to capture the attention of most of the world, some communities face additional threats as they try to recover from both the public health emergency and previous natural events from which they had yet to recover. Although much of our disaster-related work is focused on the Caribbean region, we have begun to increase our outreach to other regions recognizing that the climate crisis is a global problem and that many of the mobilization practices and programs developed in the Caribbean and other regions can be useful across the US. That's why this year, as part of a grant from the CDC Foundation, we're disseminating successful strategies for community mobilization in disaster preparedness and climate mitigation efforts. We will be offering two national webinars (in English and Spanish) where we will present the best practices and alternatives we uncovered in the last five years. The climate crisis is a fact, the projections are not encouraging, but we have alternatives to protect the health of our communities while advocating for concrete and effective efforts to mitigate this climate crisis that affects us all.