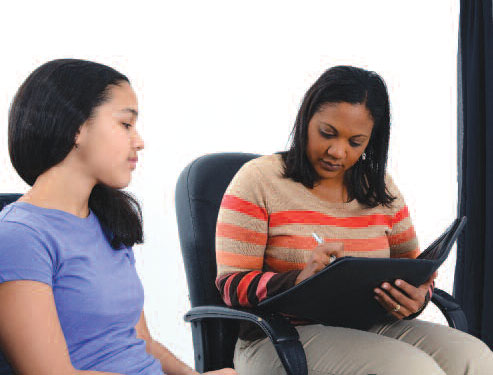 How does exposure to pesticides affect the long-term health of agricultural workers? What are the health consequences when a workplace adheres strictly to federal regulations intended to protect workers? How much access does a given underserved group have to nutritious foods, physical activity, clean air, or health care services?

Research on these topics and many more have illuminated the health concerns that face agricultural workers and other underserved patients in their daily lives. Such underserved populations -- people experiencing homelessness, construction workers, agricultural workers -- may differ from the general public in their work responsibilities, the need to move for work, lack of official identification or residence, levels of literacy, culture, and language. They may not be able to participate in research in the same ways that the general population can, and often require unique consent forms and research approaches tailored to these differences.

To review and help adapt research procedures to these underserved populations, Migrant Clinicians Network created an Institutional Review Board (IRB) in 1999. “The IRB guides researchers on how to best design their research to take into account the needs and concerns of underserved populations, and to ensure they are fully informed and protected as research subjects,” explained Maria de Jesus Diaz-Perez, PhD, Chair of MCN’s IRB. Today, MCN’s IRB is as relevant as ever and continues to advocate for research that attends to the rights, safety, and welfare of agricultural workers and other underserved research subjects.

“Being familiar with the population, we’re familiar with the risks that this population experiences,” noted Sara Quandt, PhD, a member of MCN’s IRB. All of the IRB members bring to their IRB work the added lens of working with hard-to-reach and underserved populations. “Research procedures commonly used with less vulnerable populations might actually endanger the rights of [certain] populations,” she noted. MCN’s IRB is uniquely qualified to review and recommend adjustments to advance research with this special population.

The research protocol reviews provided by the IRB vary greatly, covering research issues ranging from the best way to keep in contact with members of a mobile population over time, to the wording of consent forms. “If you don’t need their name, don’t ask for it,” Dr. Quandt offered as an example, as a worker who lacks documentation may be intimidated and refuse to participate in the research and a researcher might hold unneeded information that could harm the participant if confidentiality is unintentionally compromised.

Dr. Quandt points out that because it is not affiliated with a university or other research institution, MCN’s IRB gets a wide range of researchers, many of whom come from nonprofit or community-based organization backgrounds. The IRB tailors its procedures to serve both experienced researchers and individuals and organizations who may be new to the research world.

“If there are procedures proposed that do not meet the usual requirements to protect research participants, we try to give concrete suggestions to applicants on what they need to do differently. That might include some of the research activities such as recruiting participants or storing data,” Dr. Quandt said, adding that such assistance might not be provided by IRBs associated with medical schools or universities, which typically engage only experienced researchers.

As the IRB continues its work, it strives to better serve new or less well-trained researchers. A newly streamlined application process has reduced the amount of content required from the applicant, and has improved the explanatory sections to allow applicants to better understand what kind of information the IRB needs, according to Dr. Diaz-Perez.

“IRBs at universities are notorious for taking a long time to approve research projects,” Dr. Quandt admitted, and non-researchers applying may not be aware of the needed lead-time. MCN’s IRB recognizes that time is a particularly sensitive factor when working with mobile populations, which may be traveling by the time the IRB gives approval, so MCN’s IRB works efficiently, and provides upfront timelines to best communicate with applicants, to assure their research milestones aren’t thrown off track.

In 2012, MCN’s IRB received a Certificate of Merit for Best Practices from the Health Improvement Institute. In the intervening years, the IRB has enabled researchers to effectively recognize the health conundrums facing underserved populations while ensuring that research subjects’ unique needs, safety, and rights are a top priority.

MCN’s Institutional Review Board meets monthly to review submissions. The IRB is currently accepting new members, including non-researchers with expertise in underserved populations. For more information on the position or to learn more about submitting research to the IRB, please contact Theressa L. Lyons-Clampitt, MCN’s Training and Technical Assistance Coordinator at tlyons@migrantclinician.org. 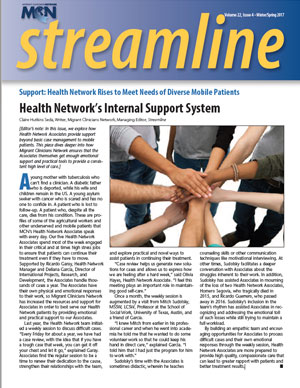 Read this article in the Spring 2017 issue of Streamline here!

Return to the Streamline Spring 2017 Table of Contents.