Don't let this be Noe and Anita's last Christmas together in the U.S.

Don't let this be Noe and Anita's last Christmas together in the U.S. 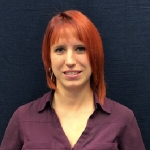 A missing screw on his license plate may take a single father away from his daughter.

On February 5, 2013 a police officer pulled over Noe Parra Manrique. The reason: Noe’s truck was missing a screw on his license plate. Like many immigrants, Noe does not have a driver’s license. The police officer immediately took Noe into custody for driving without a license. Within an hour Immigration and Customs Enforcement arrived at the police station and transferred Noe to a detention center.  A lengthy interrogation and background-check showed that Noe is not affiliated with any gangs nor has he been arrested in the 13 years he has resided in the United States. Neither the fact that he is the father of a US citizen nor his clean record seem to matter. Noe faces deportation. His hearing is January 14, 2014.

Noe is fighting to keep his family together and shared his story at Fasting4Families in Washington, D.C.  Dolores Huerta and others were moved by his story. In response, United We Dream created an online petition to the US House of Representatives to stop Noe Parra Manrique from being deported and keep Noe with his 5 year old, US citizen daughter, Anita.

Noe and Anita are residents of Salisbury, MD and are featured in MCN’s recent project in which renowned photographer Earl Dotter documents the lives and work of migrants on the Eastern Shore of Maryland. Earl’s pictures of Noe and Anita show the special relationship Noe and Anita have – Noe is Anita’s only parent.

The views expressed here do not necessarily reflect the views of MCN or its funders. This blog was created to offer a platform for individual expression on cross cutting health issues affecting the mobile poor.