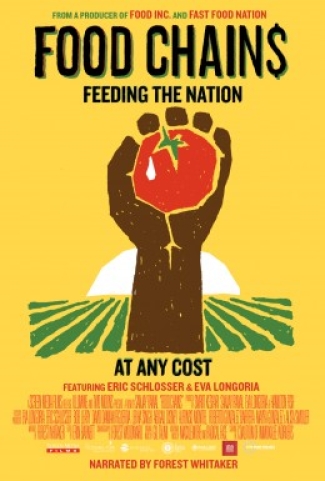 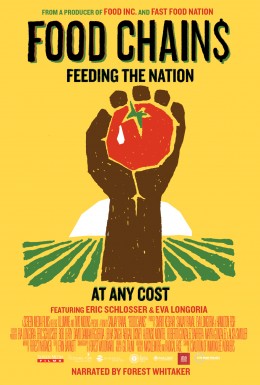 Just in time for Thanksgiving week, a new movie about food justice called Food Chains came out this past Friday and chronicles the battle of southern Florida tomato pickers to secure fair wages and to improve working conditions through their Fair Food program. The movie also covers the discovery of exploitation of Florida farmworkers through slavery rings in which farm owners have been found to be beating farmworkers, chaining them to poles and locking them in U-Haul trailers. The tomato farmworkers eventually discover that the retailers are the ones with the power, and set up a two-fold goal: to raise prices by just one penny per pound to increase farmworkers’ wages, and to get major retailers to sign on to a code of conduct. Here’s a tidbit from the movie’s website:

“Food Chains reveals the human cost in our food supply and the complicity of large buyers of produce like fast food and supermarkets. Fast food is big, but supermarkets are bigger – earning $4 trillion globally. They have tremendous power over the agricultural system. Over the past three decades they have drained revenue from their supply chain leaving farmworkers in poverty and forced to work under subhuman conditions. Yet many take no responsibility for this.”

The movie, which was produced by activist and actress Eva Longoria (of Desperate Housewives fame) and writer/activist Eric Schlosser (known for his book, Fast Food Nation), is out in theatres nationwide.