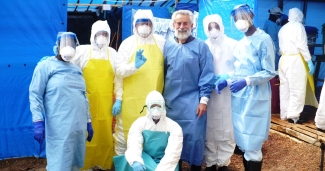 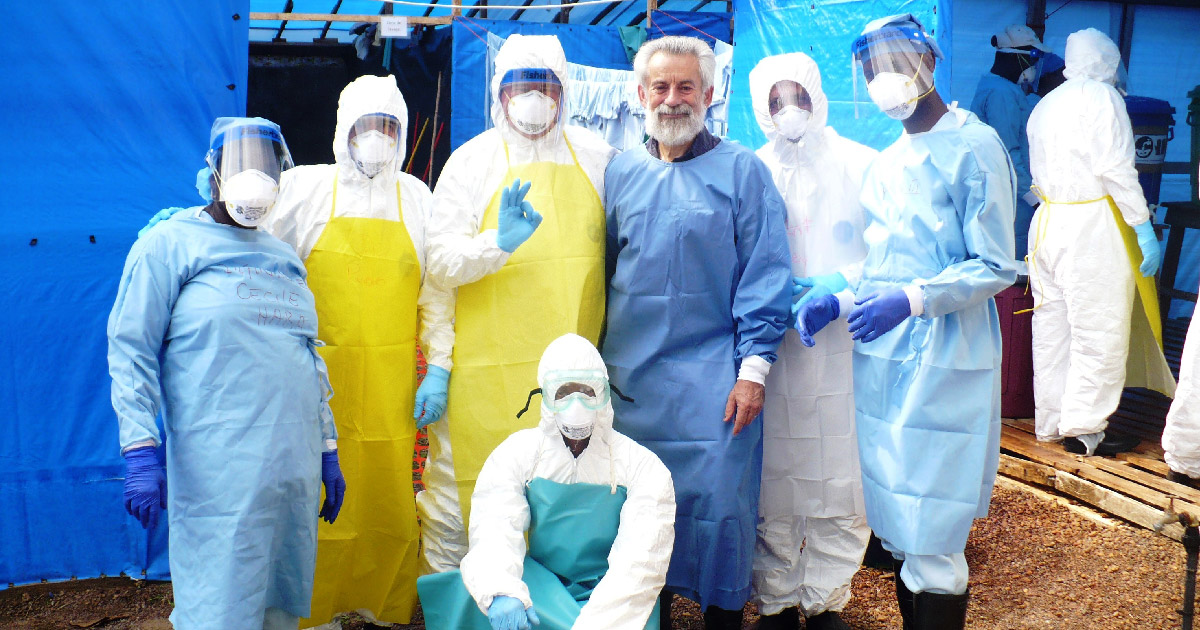 MCN’s Chief Medical Officer Ed Zuroweste arrived in Uganda yesterday, to assist in training clinicians in Ebola virus preparedness and disaster response. The five-day training was organized by the World Health Organization (WHO) for the 50 attending clinicians, mostly ER doctors and infectious disease specialists from the African Union, Gambia, Kenya, Ethiopia, Uganda, Tanzania and Southern Sudan.  Ed is one of a four-person training crew from WHO.

“The purpose of this training is to provide the most up-to-date information on the diagnosis and treatment of Ebola,” Ed explained by email from Uganda. The trainers will be covering “methods for infectious control and prevention in Ebola treatment centers and hospitals in affected countries, and countries that are at ‘high risk’ for the spread of Ebola,” he added.  Some of the newly-trained clinicians will return to their home countries to provide their own trainings for local hospitals and clinics, many of which have limited resources to combat Ebola.

The training comes in response to the ongoing Ebola outbreak in Africa, where almost 5,000 have been affected by the virus, and almost 2,500 have died. Although the outbreak has greatly stricken the West African nations of Liberia, Sierra Leone and Guinea, cases have also appeared in Nigeria, the Democratic Republic of Congo, and Senegal, and threatens to spread further.  Ed’s work with WHO in the past has included co-authoring the recently-published clinician’s manual for treating H1N1 in hospitals with limited resources.  The training team will be utilizing some of the H1N1 manual’s guidelines for the Ebola training.

Ed left for Uganda despite the US Embassy’s warning of an imminent terrorist attack on US citizens there.  The Embassy had issued a “severe warning” to US citizens to avoid travel there and requested US citizens within the country to stay indoors.  When Ed finally arrived in Uganda after three flights and several layovers, the warning had been lifted, but tensions remain high. Uganda has not had any cases of Ebola, but at the airport, Ed went through a “pretty significant ‘health check,’” he said, with the airport clinicians in gowns, masks and gloves.

Check back on our blog in the next few days for another update from Ed in Uganda!