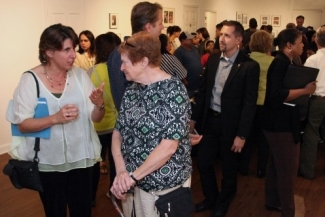 Update: This blog post is republished from its original posting on October 10, 2014.

On September 18, over 100 people packed into Salisbury University’s Downtown Art Gallery in Maryland to view a unique photojournalism exhibit that revealed the untold stories of the often invisible immigrant population on Maryland’s eastern shore.  The exhibit featured photos of local immigrants and migrants in their everyday lives: at work, at home and in our community. 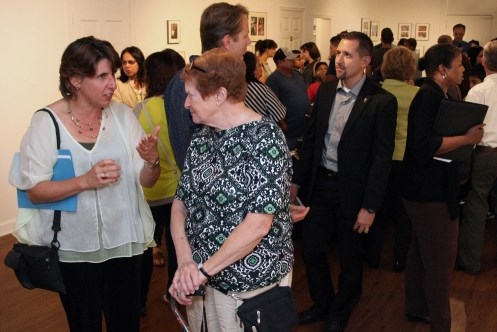 The photos “humanize the immigrant population in a way that society doesn’t,” explained Kerry Brennan, MCN’s environmental and occupational health program associate. “We can stick labels on them or make them an object of political discussion,” she continued, but the exhibit pulls away any labels to show local migrants as “people with families, with lives, and with goals.”  She was thrilled to see such a cross-section of the local community turn out in such unexpectedly high numbers.

Photojournalist Earl Dotter and Migrant Clinicians Network observed and photographed immigrants and migrant workers in their day-to-day lives, from their homes, to work, to health clinics and community centers, in order to chronicle their lives for the exhibit.  Photo subjects included a wide range of immigrants, from US citizens and long-term residents of Maryland, to short-term seasonal workers in Maryland just for a few months before returning home.  The result was over 60 photos on the gallery walls.  Many of the featured immigrants attended the exhibit reception and panel discussion.  Brennan feels that many of the attendees featured in the photos were “excited that they were being recognized.”

Noe Manrique Parra, an immigrant construction worker, photo subject, longtime Salisbury resident and single parent, held up his young daughter so she could better see photos of herself, cuddling with Manrique on their couch at home.  Other photo subjects took pictures of themselves, standing next to the photos that capture their lives and work.

After viewing the exhibit, over 100 participants continued on to the panel discussion held at Remedy Church, where a wide range of speakers shared theory, data, and first-hand accounts of the immigrant experience. The diverse crowd of immigrants, university students, children, project participants, and the community at large filled the church for the hour long discussion. Simultaneous translation was provided to ensure that all audience members could participate. 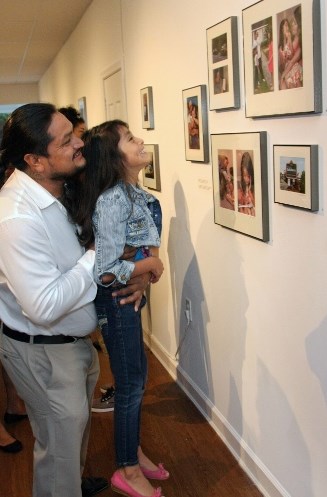 Earl Dotter and Dr. Louise Detwiler began the discussion, encouraging the audience to reflect on the history of immigration.  Manrique’s personal story of his struggles as a single-parent facing deportation deeply impacted the audience. Dr. Tim Dunn’s research and statistics on the immigrant population balanced Casper Bendixsen's discussion of the ethics of work. The discussion provided a snapshot of the daily trials and tribulations immigrants face to make a living in Maryland, which are often hidden from the larger community.

Prior to the exhibit reception and panel presentation, Dr. Dunn, Dotter and Leila Borrero-Krouse (from the farmworker support committee, CATA) presented on a local radio program entitled Delmarva Today. The program examined national and local immigration issues in order to give depth and context to the event.

“The panel [gave the stories of] the untold and unseen lives of these immigrants, intersecting with the community in Maryland,” Brennan explained.  “The photos bring these people to life,” said Brennan, while the reception and the panel brought them “actually face-to-face with the full community.” 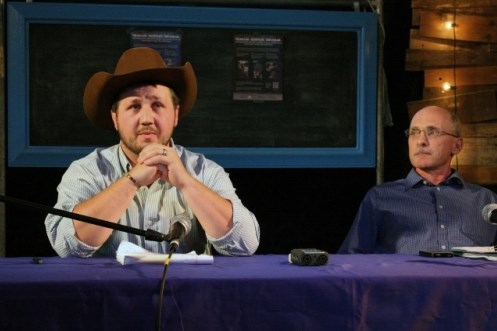 MCN works across the US and globally to provide support, technical assistance, and professional development to clinicians working on the frontlines of migration health. MCN’s Salisbury, Maryland office focuses on the unique environmental and occupational health conditions facing our migrant population as a result of their work.