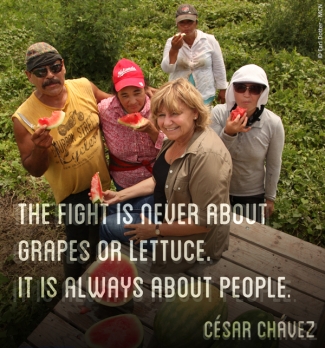 Making the connection: How The Work of Cesar Chavez is Informing the Conversation Today

Making the connection: How The Work of Cesar Chavez is Informing the Conversation Today

Today is Cesar Chavez Day, in which we celebrate the birthday of a farmworker who fought for basic human rights and dignities for fellow farmworkers. And yet, decades later, there is still so much work to be done. The recent strikes in Baja California by farmworkers asking for a living wage and better conditions mirror the demands of Chavez and farmworkers of 40 years ago just north of the border.

Has much changed in half a century? Migrant farmworkers in the US and Mexico are still vulnerable to pesticide exposure and other injuries, wage theft, and substandard housing.  Agriculture is one of the most dangerous industries out there. 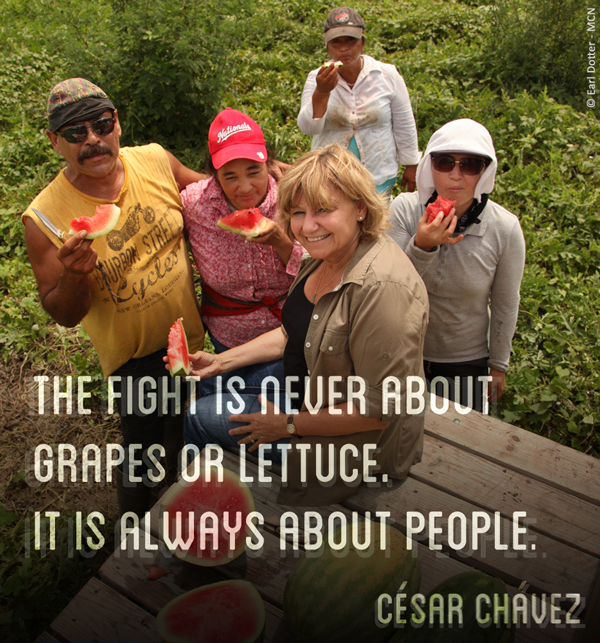 Maybe the dangers of the profession have remained, but plenty of other things have shifted.

Changes in mobility, technology, and economics mean that a Baja strike is not a Mexico problem -- it’s equally a US one, as much of the fruits and vegetables grown in Mexico goes to US consumers.

Farmworker mobility across the border has assisted in galvanizing the strikes; leaders of the recent Baja strikes have experience in US labor organizations. One organizer was previously a negotiator for the Coalition of Immokalee Workers (CIW), a worker-based human rights organization that launched the Fair Food Program, asking food chains to pay a penny more per pound for tomatoes. Another organizer once worked with United Farm Workers, Chavez’s own organization, which is running a petition for the Baja workers.

Just as importantly, support for farmworkers has increased. The last 50 years has seen the rise of the community health center, the creation of migrant education programs, and a myriad of nonprofits aimed at the well-being of farmworkers. Thirty years ago, Migrant Clinicians Network began as a way to connect clinicians doing work for the mobile poor. This work is even more relevant today, as mobility increases and the health care systems to support the mobile populations remain static.

Now, more than ever, migrant clinicians are needed to help our mobile poor as they migrate within the US and as they cross borders. The Baja farmworker who is striking today may be our patient at a clinic in the summer -- that’s the reality of our mobile world. And that’s why we celebrate the work of Cesar Chavez: to remind ourselves of the interconnectedness of our worlds: in the US, in Mexico, decades ago, or today -- all farmworkers deserve respect, dignity, and quality health care. MCN is dedicated to assuring those rights.