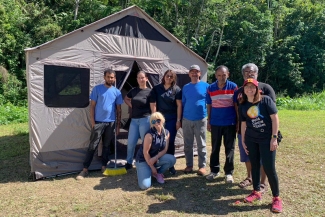 Earthquakes in Puerto Rico: Learning from communities and supporting their work

Earthquakes in Puerto Rico: Learning from communities and supporting their work 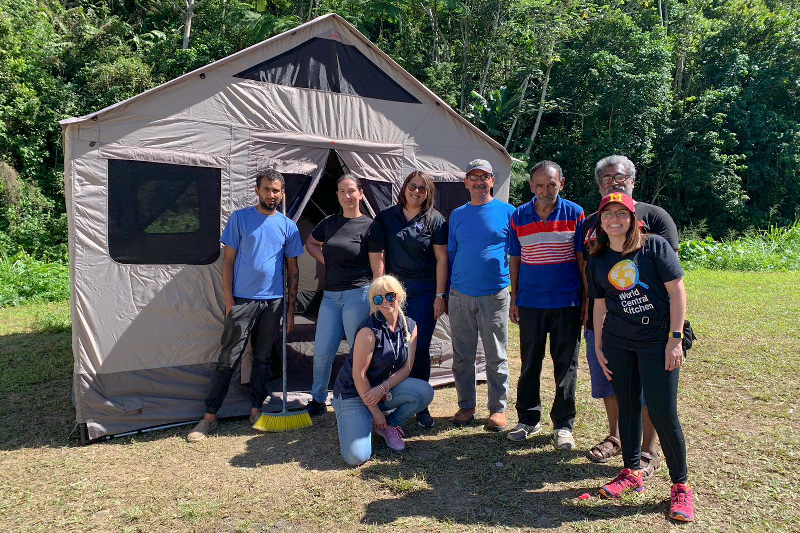 MCN's Marysel Pagán Santana with members of a relief team at a camp in Maricao for those displaced by the earthquakes.

[Editor’s Note: Over two weeks have passed since Puerto Rico experienced the first of several sizeable earthquakes. Since then, hundreds of thousands of Puerto Ricans have struggled to continue their day-to-day life as the quakes continue. Here, Marysel Pagán Santana, DrPH, MS, MCN’s Puerto Rico Program Manager in San Juan, gives us an update on what’s happening in Puerto Rico, why the ground continues to shake, and the impact on health -- particularly mental health -- on Puerto Ricans.]

For the last 100 years, Puerto Rico, despite having constant seismic activity, has not experienced major tremors. On December 28, 2019, what has been called a “seismic sequence” began in the southern region of the island. This event has produced more than a thousand tremors, including five earthquakes greater than 5.6. The strongest recorded was on the morning of January 7, 2020 with a magnitude of 6.4, causing significant damage to structures on the island, leaving thousands homeless and resulting in more than five direct and indirect deaths on an island that continues to recover from the catastrophic hurricanes in 2017.

What happened and why?
Puerto Rico is located on the border between the North American and Caribbean tectonic plates. The seismic activity is concentrated in eight zones with two main fault systems that cross the island from east to west. However, most of the seismic activity has concentrated on the southwest tip of the Island. The earthquake recorded on January 7th is the largest earthquake (6.4) in 100 years. Moreover, the Puerto Rico Seismic Network has registered about 1,200 aftershocks, of which about 100 have been of significant magnitude, including more than 30 that have exceeded 4.0 and four greater than 5.0. Although it is the most intense earthquake recorded in a century, experts project that Puerto Rico could be facing an earthquake of magnitude 7.0 or greater in the coming years.

A map of displaying the different regions of Puerto Rico.

Effects on the Island
Puerto Rico has been greatly impacted by natural events in recent years. Extreme droughts, coastal erosion, and two major hurricanes in 2017, combined with an extremely deteriorated economic situation have weakened the capacity of Puerto Ricans to recover. The earthquakes, ongoing aftershocks, and the possibility of an even larger earthquake challenge the island. Although the whole island has been affected, given the characteristics of these events, the impact is different depending on the region. Looking at the island by regions -- Metro, North, East, West, South and Central -- at least three regions have registered significant damage including compromised and/or collapsed homes and buildings, roads, or bridges, and landslides. Each of these regions has shelters and camps for those left homeless. In the case of the remaining regions, the greatest impact was in the loss of electricity and in some cases interruption of potable water systems, although some properties and roads were also damaged. However, the entire island is feeling an impact on mental health, that can be attributed to the stress caused by the overall situation of Puerto Rico, with the constant seismic activity and insecurity about whether a major seismic event will occur. 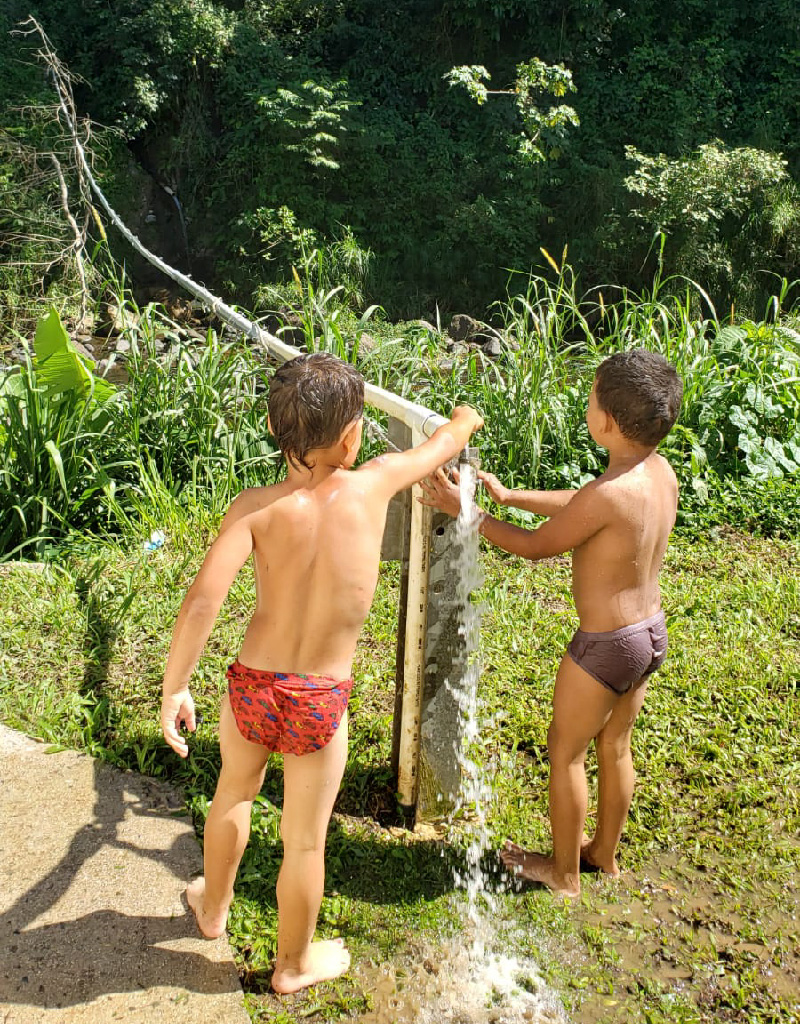 Children at the camp in Maricao play in the water coming from an outdoor faucet.

How has the population been impacted?
An additional challenge is the socio-economic profile of Puerto Rico’s population. Some of the municipalities that have suffered direct impact are home to elderly and low-income people. In the case of Guánica, one of the places with the greatest damage, the socioeconomic profile presented by the Census Information Center (CIC) of the University of Puerto Rico in Cayey (UPR-Cayey) shows that this area is one of the most impoverished regions in the United States, with an average family income lower than the median annual income across the entire US.

At the moment, the number of displaced persons according to the government of Puerto Rico exceeds 4,000 people. In this particular case, not all who have been displaced have lost their homes or are at risk of losing them, but, rather, the displaced fear a major event and prefer to spend the night in places designated as “safe” by the government. This number does not include informal shelters or camps in the region. Informal camps are not managed by any local emergency management agency, but are self-managed by the community and sometimes receive assistance from nonprofit organizations and volunteers.

In addition to property damage, one of the main concerns in this event is the risk of diseases that can spread rapidly in shelters. In the case of Puerto Rico, several health professionals have already warned that the effect of limited drinking water and sanitation services, as well as the high number of people sheltered, can result in the spread of infectious diseases such as gastroenteritis, conjunctivitis, influenza, and leptospirosis. That is why a call was made to the authorities and staff to promote safe hygiene and take precautionary measures in shelters, as well as educating islanders.

In addition, the media, organizations, and government agencies have already warned about the impact of the earthquakes on the mental health status of the population. Three related suicides have been reported and after the earthquake on January 7, about 400 calls to assistance lines were reported. Therefore, assistance in the region, and at the island level, has focused on the management of anxiety and other mental health conditions.

Community mobilization and help from organizations
Despite the damage and challenges, communities in Puerto Rico have greatly demonstrated their ability to organize. Last weekend, a considerable number of people traveled to the southern region, bringing supplies to assist those in need. Other initiatives include a group of engineers offering property inspections at no cost so residents know if it is safe to enter their homes. Also, community members generated the website Suministros Puerto Rico: Entérate, Ayuda, Informa, where communities can report their location and needs. This allows governmental and non-governmental organizations to locate informal camps and/or communities in need. They have also turned to social media to publish the list of needed supplies and seek the assistance of organizations or individuals who can support it. This is the case of Dr. Enid Santos in the town of Guayanilla, who is offering free health services to patients. Dr. Santos notified the media of the need for medical supplies and medicines to continue assisting those who are displaced.

While the island of Puerto Rico is struggling against these earthquakes and aftershocks in the midst of its recovery process from previous events such as Hurricane Maria, the efforts of the community and community mobilization and just the spirit to move forward are palpable. However, Puerto Rico still needs our support.

How can you help?
To donate and learn more about our work in Puerto Rico click here.